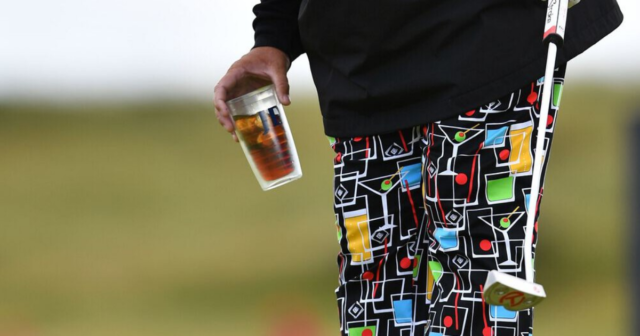 TWO-TIME major champion John Daly has hit the headlines this week – but perhaps his most remarkable moment came when competing at the LA Open.

The 56-year-old has been pictured trying his luck on slot machines just hours after his opening PGA Championship round.

John Daly once drank FIVE beers during the LA Open

The icon’s antics away from the course are legendary

The 1991 champion stole the show on the first day of the tournament at Southern Hills.

Daly began his round with three birdies in the first nine holes, racing into the top 10.

But it was his outrageous outfits that really caught the eye, with the chain-smoking Californian decked out in crazy floral SKULL trousers.

The back-nine wasn’t as successful for the two-time Major winner who eventually closed out on +2. 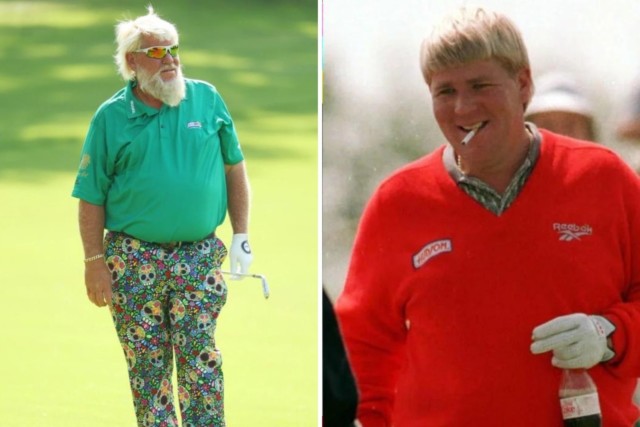 However, he still had time to kick with a trip to Hooters, where he gobbled up chicken wings and posed with the staff.

Daly’s lifestyle has been well-documented in his over three-decade career, with his love of a beer and cigarette making him notorious with golf fans.

However, he took his guilty pleasures to a new extreme while competing in Los Angeles.

Discussing it on the ESPN documentary ‘Hit It Hard’, the icon revealed that he necked FIVE BEERS before shooting an incredible back nine.

Daly said: “I never had any alcohol on the golf course that I remember, except for one time, and that was the LA Open.

“It was so slow and I played the back nine first. I think I’m two or three over.

“I went into the locker room and downed like five beers, and I think I shot four under on the front nine.

“That is the only time I know that I ever drank during a round, and I played great. I played great that week. I finished strong.”

During another interview with Graham Bensinger, Daly also admitted that he would show up for events hungover or drunk after a binge drink ahead of it.

He first burst on to the scene at the 1991 PGA Championship and won it at his first attempt despite only entering it as ninth alternate after a number of dropouts. 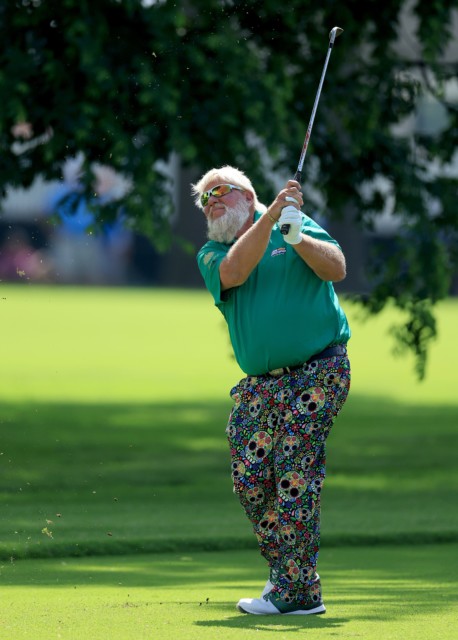 The 56-year-old’s outfits have caught the eye this week
In this article:majorchampion, remarkablemoment, thefirst