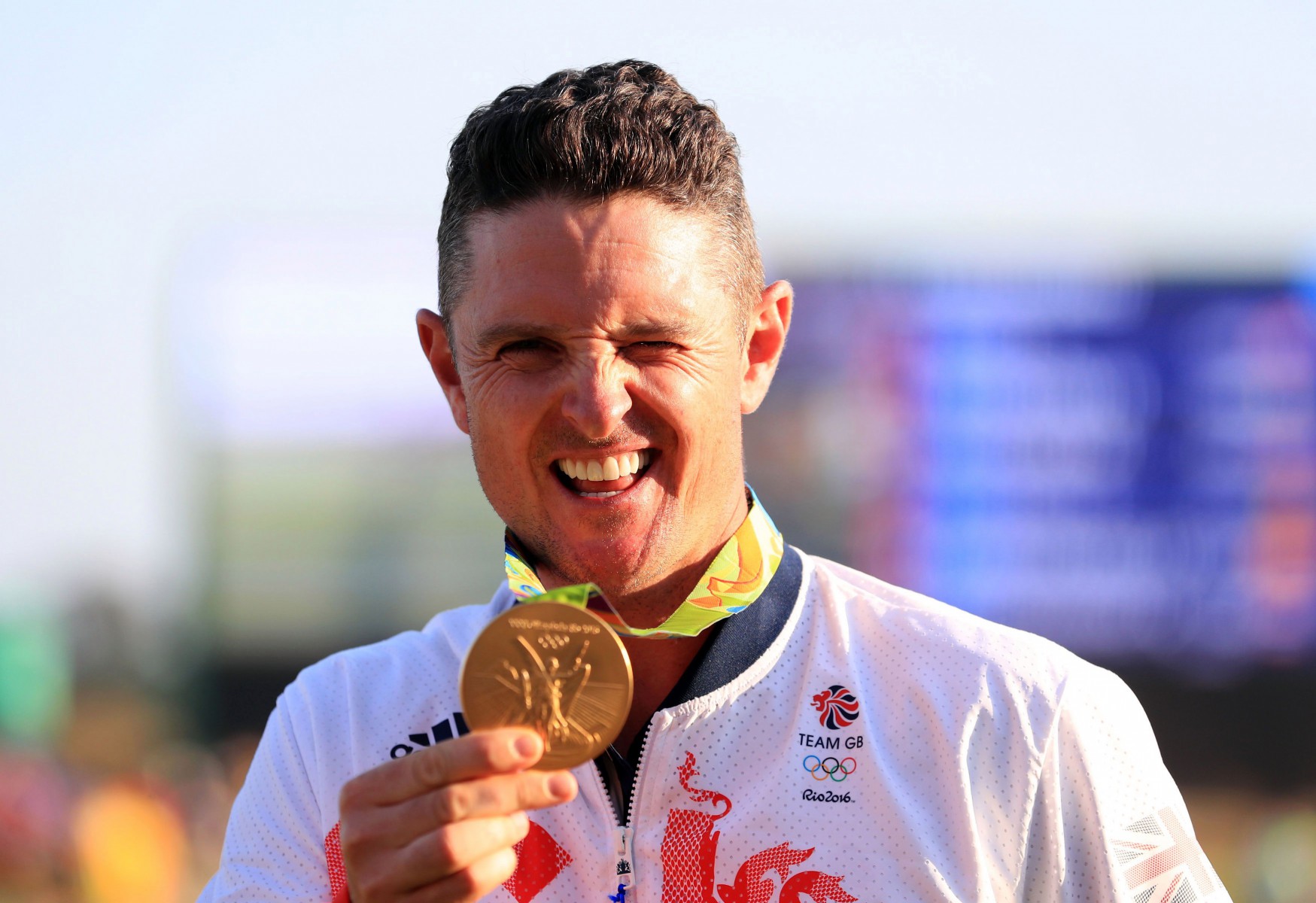 JUSTIN ROSE revealed how he won Olympic gold by imagining himself as a GYMNAST.

Now he wants to vault into the golfing record books with a third straight victory at the Turkish Airlines Open, which starts today.

And the Englishman might draw on some of the mental techniques that helped him to glory at Rio 2016.

Rose, 39, said: When I was at the Olympics my first thought was, God, were soft as golfers!

You only need one marshal to take a step in the wrong direction and it all goes off. Gymnastics was the most telling source of inspiration, partly because my wife used to be a gymnast.

I couldnt believe the chaos they perform in the noise, the announcements, the movement of other disciplines going on, trainers literally walking around the bars while someone is running at the vault.

This is the culmination of four years of blood, sweat and tears, and they have to execute their move with absolute chaos around them.

What I learned there was important because the crowd in Rio werent a golf crowd. There were a lot of cameras, there was a lot of noise, a lot of movement.

But my pre-shot routine was like Im running for the vault. Once I started, nothing was going to stop me.

Just being around other sports helped me so much.

The rugby sevens lads made me wish I was a team-sport player because the camaraderie in the gym, I could see how much they were getting out of themselves by being slapped in the face by a team-mate while doing a bench press.

You think badminton is just hitting a shuttlecock but they were deadlifting!

They were looking for any advantage. It was inspiring.

Those are some of the reasons why my performance in Rio happened. I got inspired.

After becoming golfs first Olympic champ for 112 years, Rose can record another career highlight in Antalya.

The 2013 US Open winner added: Its a big deal when you see the names who have done. But the fact so few have managed it shows just how difficult it is to three-peat.

It would be fantastic if I can achieve it.