Lee Elder dead at 87: Golfer who was first African-American to play in Masters Tournament passes away, Renee Powell says
Advertisement 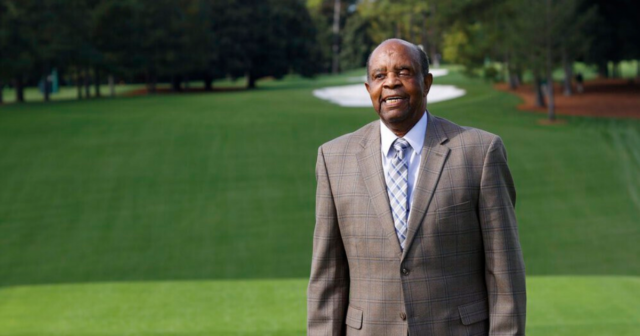 LEE Elder, the first African-American golfer to compete in the Masters Tournament, has passed away at 87.

“Overnight, I was very saddened to hear of the death of my good friend Lee Elder. Lee had called me last week about doing a project together this summer,” Powell wrote.

“We actually joined our perspective Tours together after both winning the United Golfers Association (UGA) National in the same year. For those who don’t know, the UGA was an amateur body of African-American golfers that included divisions for women, men, junior boys and girls, and a professional division.

“They operated a series of tournaments during the era of racial segregation in the U.S.As the years went by, Lee and I were partners in the JC Penney Team Championship at Doral.”

Powell added: “This year, I was proudly standing next to the first tee at Augusta National when Lee was given Honorary Starter status alongside Jack Nicklaus and Gary Player to open the Masters.

“Thank goodness, Lee was finally recognized there! Please keep his wife, Sharon, in your prayers.”

Elder’s cause of death has not been revealed.

Golf legend Tiger Woods acknowledged that Elder was an inspiration for his career. “Lee Elder meant a lot to me because he was the first.

“He was the one that I looked up to and because of what he did, I was able to play and to live my dream,” Woods added.

He became the first African-American to play in the Masters Tournament in 1975, a spot he earned after winning the ’74 Monsanto Open.

The 87-year-old took part in the traditional ceremonial start to the Masters in April 2021.