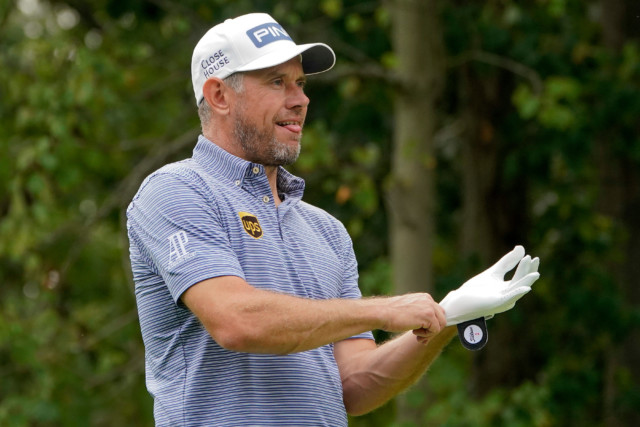 LEE WESTWOOD showed he is still not finished with the Majors as a three under par 67 made him the only member of the 13-strong English invasion force to break 70.

Westwood, 47, has clocked up a record nine top three finishes in Major championships without winning one.

But he showed he can still win at the top level earlier this year with victory in one of the European Tour’s biggest events, the Abu Dhabi Championship.

Westy finished the opening round at Winged Foot by holing a 12 footer for his opening birdie, and said he felt he had ‘tamed the beast’.

He explained: “I know the scores are a bit lower than you might expect at a US Open, but it’s certainly not because the course is easier than we’ve been led to believe.

“I’m really pleased with that start.

“That was a good round of golf, very solid in every aspect of the game.

“The course is gettable at the moment, if you hit enough fairways.

“But if you start wandering into the rough it is an absolute beast. So I don’t think the USGA need to toughen it up.”

Matthew Wallace is the next best placed Englishman, after a level par 70 that featured five birdies and the same number of bogeys.

Paul Waring, making only his second US Open appearance at the age of 35, battled hard for a one over par 71.

But Tommy Fleetwood, who was being tipped by many shrewd pundits to go one better than his US Open runner-up runner-up finish two years ago, fluffed his lines.

He opened with a disappointing 74 – the same score as two other English golfers in the top twenty of the world rankings, Tyrrell Hatton and Matthew Fizpatrick.