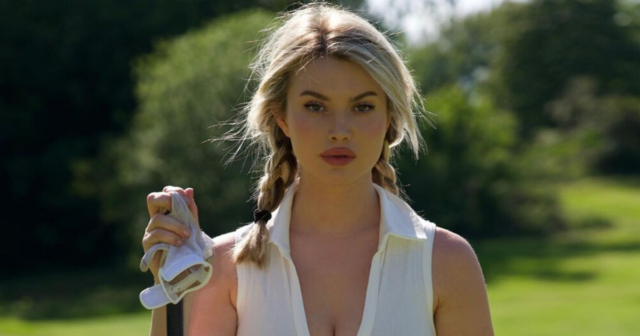 Meet blonde stunner Lucy Robson, who has nearly one million followers on Instagram. 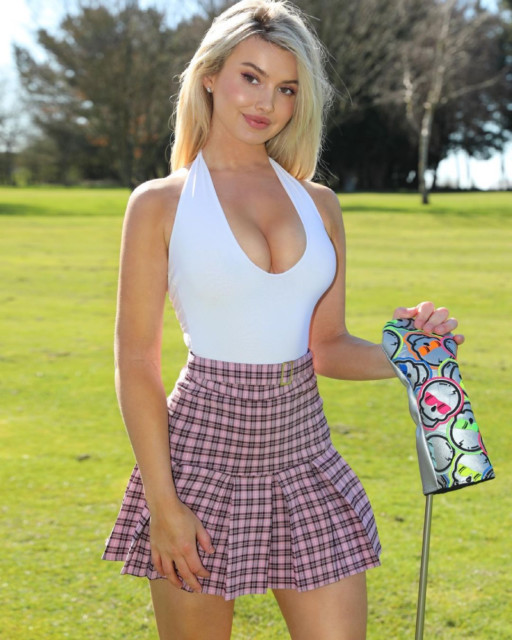 Although she never made it pro, Robson is a dab hand with a golf club

The 26-year-old beauty once boasted a handicap of one, before turning her hand to being a golf influencer.

And she regularly leaves fans hot under the collar when she shares racy images on social media in skimpy outfits on the course.

Gorgeous Robson rose to fame by showing off her golf skills, as well as a talent for performing jaw-dropping trick shots.

She is said to be worth £2million, and is believed to play off a zero handicap, but Robson is catching up.

Robson was born on our shores and grew up in Surrey.

However, when she was a kid her family moved to Florida, where her love of golf grew.

In the Sunshine State, she was named Treasure Coast Player of the Year in both 2012 and 2013. 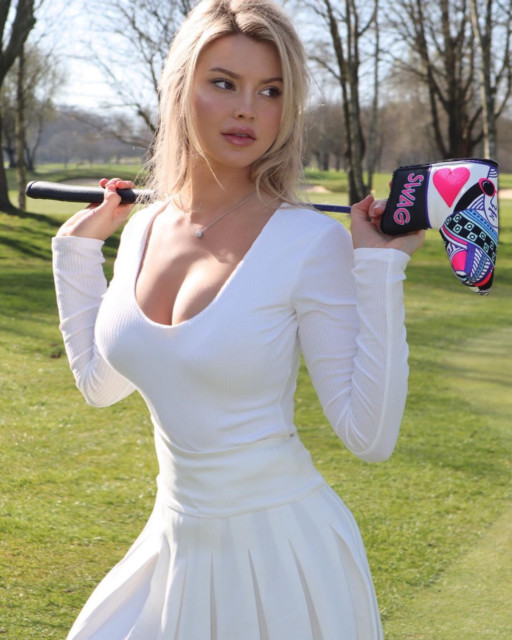 In recent years, Robson has grown as a social media influencer on Instagram 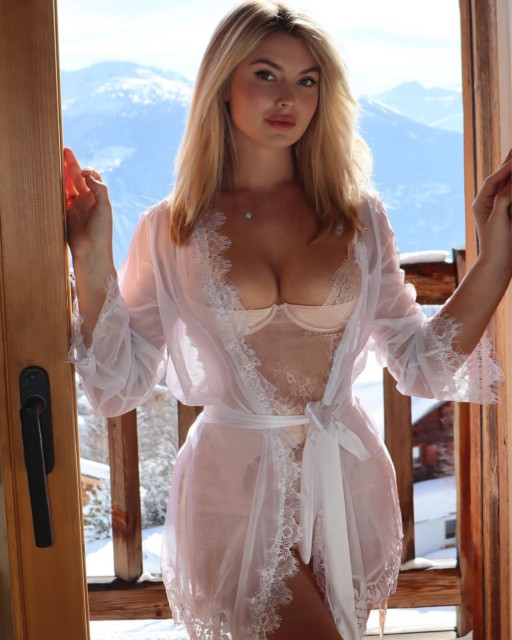 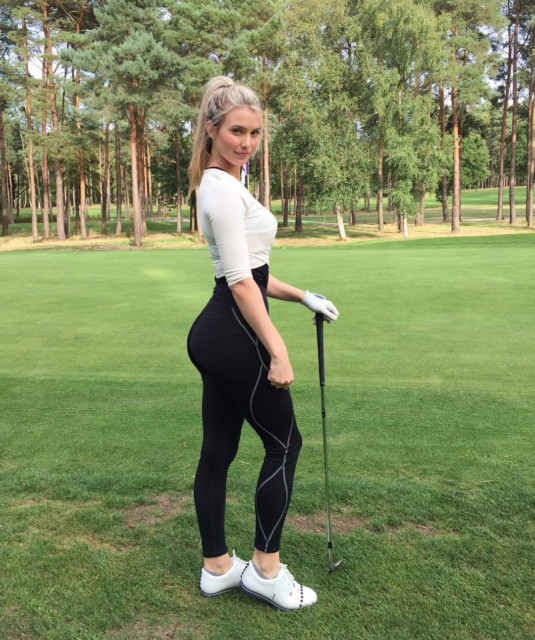 When she was in her prime, Robson played off a handicap of one 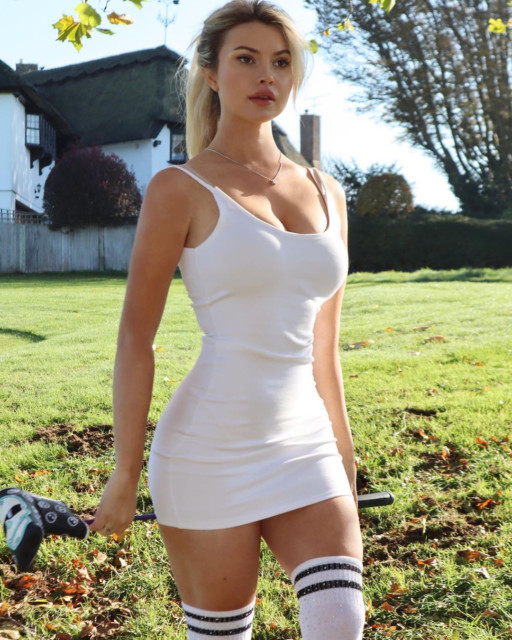 She continued to play in college, representing University of South Florida and then California Polytechnic.

However, she never made it the pro game.

Robson didn’t let that deter her, though.

Fans were drawn to her provocative posts, as she showed off her incredible curves.

That led her to a career in modelling, and Lucy has posed for photoshoots with FashionNova.

She is also endorsed by Swagg Golf Company and Bang energy.

And back on National Carbonara Day, which happened on April 6, she teamed up with pasta brand De Cecco.

That has seen a net worth rise to an incredible £500,000, according to reports. 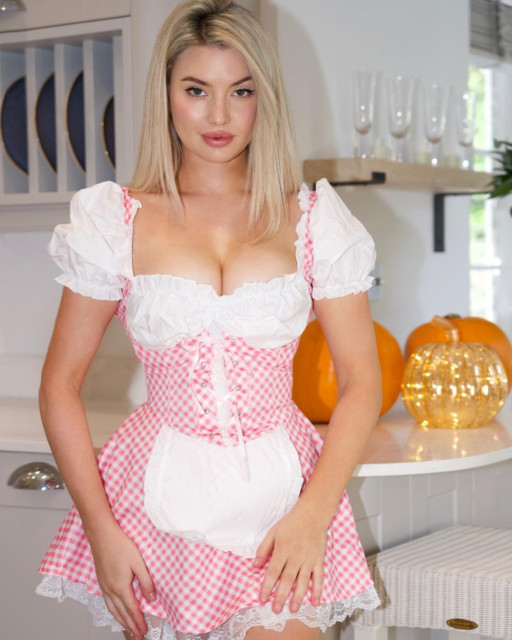 Robson played golf for the University of Florida, before transferring to California Polytechnic 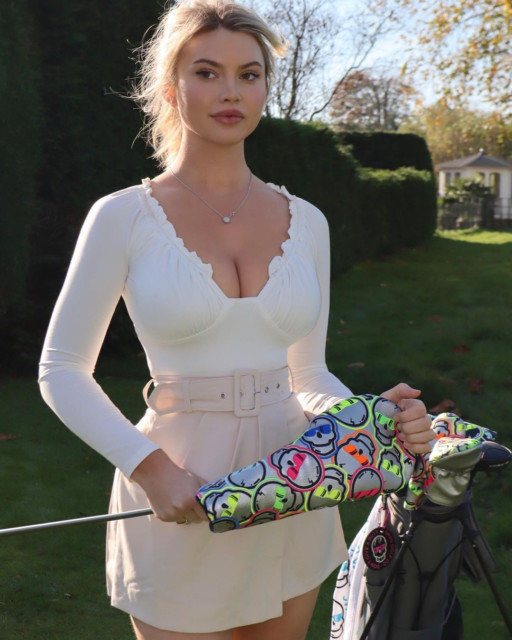 After gaining popularity on Instagram, she gained plenty of sponsors 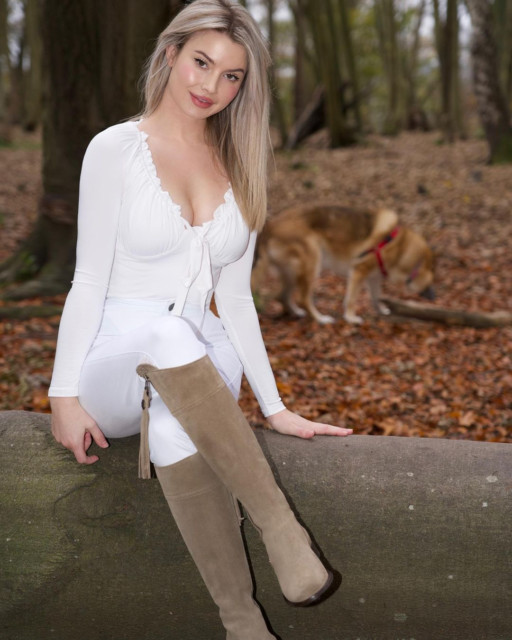 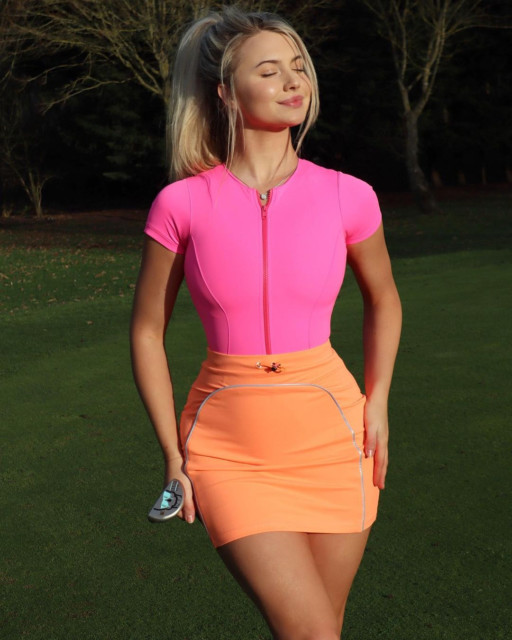