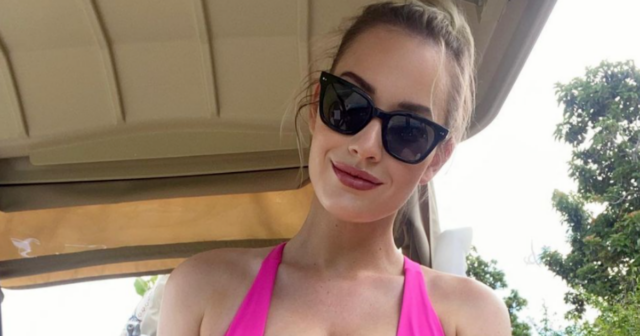 PAIGE SPIRANAC opened up on her stalking hell and why she was forced to change her name and delete social media accounts.

The golf personality has adopted the name Paige Renee on Instagram and has amassed 3.3 million followers.

Paige Spiranac revealed why she adopted the name Paige Renee

The former pro told podcast listeners she was stalked in college 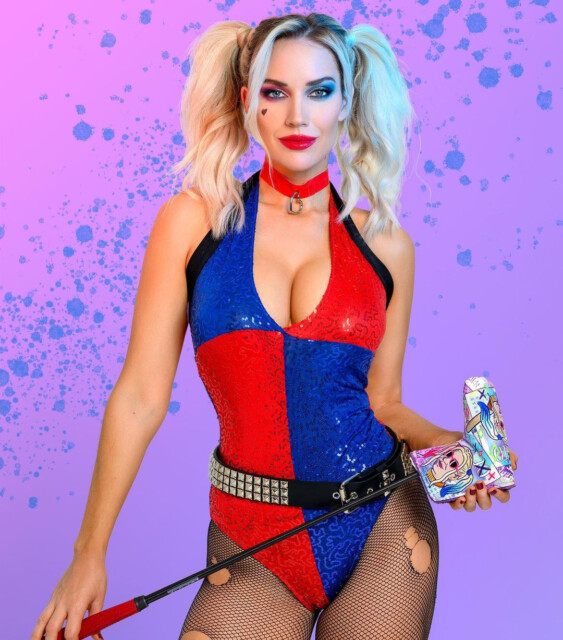 But she told her followers the reason she uses that name while still competing as Paige Spiranac in tournaments.

Speaking on an episode of her ‘Playing a Round’ podcast in May, Paige explained: “I was very conflicted because I got the username Paige Renee because I was being stalked and harassed in college by these girls and so I had to delete my Instagram.

“It was really bad, they were stalking me on campus.”

When asked if it was regarding a boy, the 29-year-old added: “The strength trainer at the university – I would just be in there all the time.

“I clearly had no interest in him but they thought I did. I think that’s what it ended up being, who knows.

“Then I deleted that account and went by my middle name so they couldn’t find me.

“I was really private and only posted golf videos because nobody could make fun of golf videos.

“Then when we started to grow I didn’t know whether to use Paige Renee because I play golf as Paige Spiranac. It’s just continued like that.”

Spiranac has amassed a large following online with her golf videos – often in daring outfits.

She recently had her fans in stitches after a tweet about enjoying a mid-round hotdog went viral. 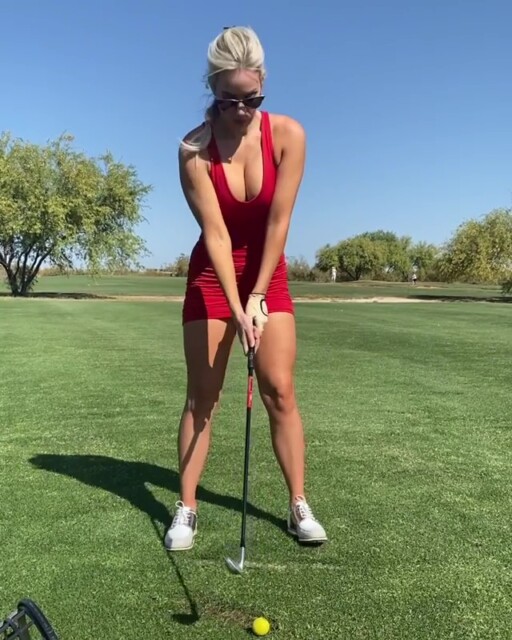 She only posts sports videos and pictures now, and has a big following 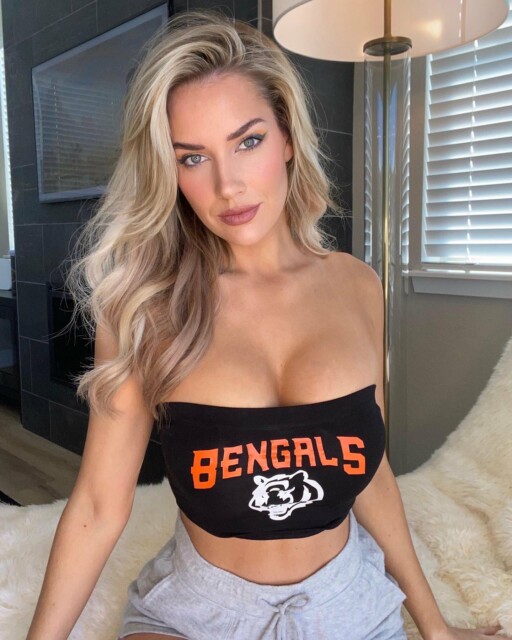 She wrote: “There is nothing better than a hotdog at the turn on the golf course.”

Fans were quick to jump on the suggestive nature of the tweet, with Paige insisting it wasn’t intended in that way.

One user responded: “The comments are probably going to be out of control here…”

But Paige responded quickly to the initial tweet, which garnered over 9,000 likes in three hours and saw a number of NSFW replies.

She wrote “Me reading my comments after saying I enjoy a nice hotdog at the turn”, accompanied by a hilarious meme of Lin-Manuel Miranda in the musical Hamilton.