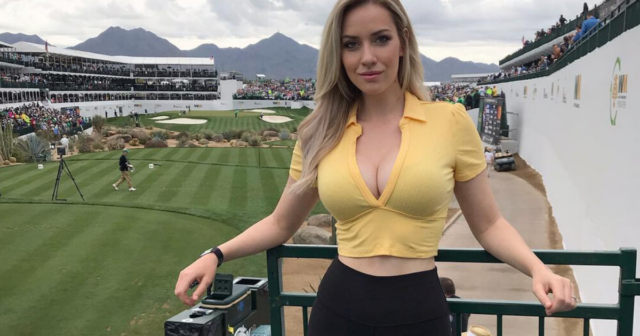 FORMER golf star Paige Spiranac once slammed the hypocrisy of the sport after revealing she was rejected from helping a charity because of her cleavage.

The 29-year-old social media personality, who had a short stint in the professional ranks after becoming a college prodigy, also took aim at the number of rules surrounding what players can wear.

The 29-year-old is a former golf pro, having also played at college level 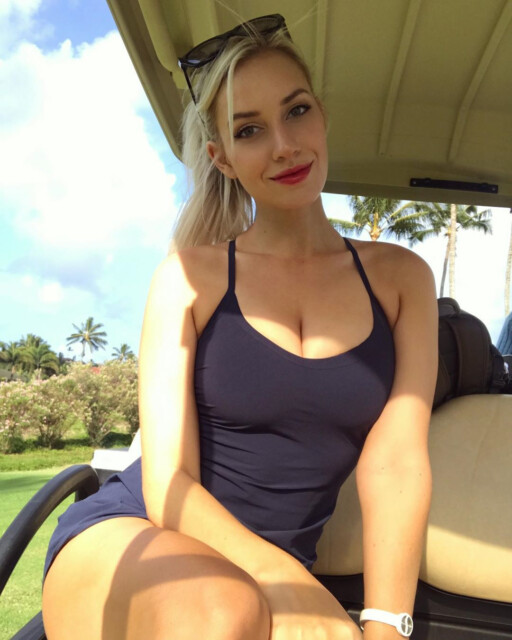 Spiranac, who had spoken out on the horrendous experience of having a nude photo leaked, revealed she was shamed as a “w****e” for donning a tank-top on the course.

Speaking on her podcast Playing-A-Round last year, she said: “Golf is elitist, it’s stuffy, it’s exclusive and I hate that because I am not that and I was never welcomed in and I’m still not welcomed in.

“Golf is the absolute worst place for me to be because I am the exact opposite of everything that a golfer should encompass, should be, and I’m not.

“I’m not refined, I’m raw and real and I wear what I want and I have always been so different and golf is not that way.

“It’s an act. I feel like everyone in golf is just playing this part of this perfect golfer when in reality it’s nothing like that.

“They call it a gentleman’s game but those guys definitely don’t act like gentlemen a lot of the time.

“There’s just so much hypocrisy in golf and it’s so frustrating for me.

“It’s this big boys club where if someone does something they’ll cover that up … but I wear a tank top and I’m the s**t and I’m the w****e and I’m the one that’s ruining the game.

“I’m not going to feel like I fit in when everything that I do, I’m an outcast.”

Spiranac, who boasts 3.5 million followers on Instagram, also recalled how she was rejected by a charity she offered her help to because its board members didn’t approve of her image.

She added: “I wanted to help this charity out and I wanted to give them free golf clubs.

“The guy wrote back and said, ‘We would love to but, because of the way our board members view you, you can’t help out’.

“I want to give back to these kids who don’t have anything, because I grew up not having anything, and I can’t even f***ing do that because of my cleavage.

“We bond over having a common interest and we all love the same thing … I don’t understand why it matters if you’re wearing a polo (shirt) and I’m not wearing a polo.

“If a guy on tour wears shorts instead of pants, the world’s not going to end. In golf, people make all of these problems so serious and it’s not serious.” 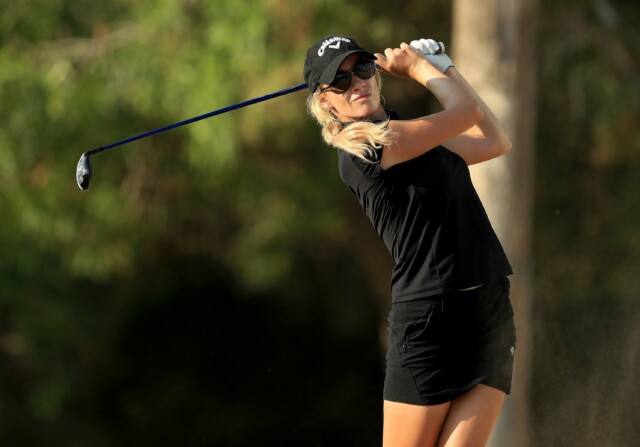 Spiranac – a former player on the Cactus Tour – turned professional in 2015, but hasn’t competed since missing the cut in Dubai a year later