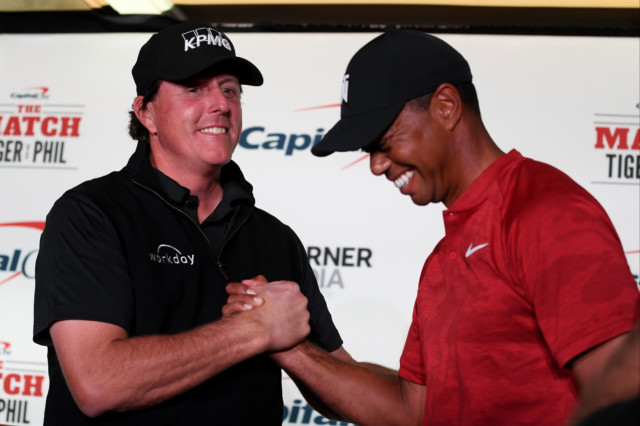 PHIL MICKELSON thanked Tiger Woods for his legendary impact on the game of golf in a heartfelt tweet.

The American duo have been two bastions of golf for decades and recently went head-to-head in The Match 2.

Dear Tiger,
Thank you for all that you’ve done for this great game of golf. No one has benefited more than me and I just wanted you to know I appreciate you and all you’ve done. That’s all. Thank you.

And Mickelson, 50, dedicated a late night tweet to Woods on Tuesday evening.

He wrote online: “Dear Tiger, Thank you for all that you’ve done for this great game of golf.

“No one has benefited more than me and I just wanted you to know I appreciate you and all you’ve done.

When quizzed on whether he was showing true praise for Woods, 44, or engaging in some obscure joshing, Mickelson confirmed it was the former.

He replied to one fan: “Random appreciation.” 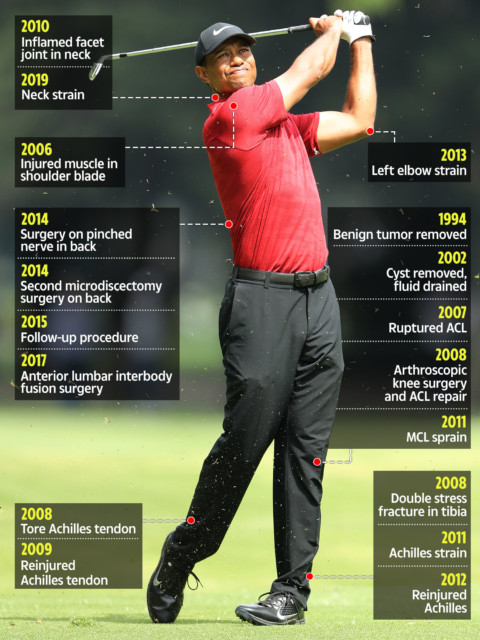 When asked by one follower, he admitted: “I don’t know how.”

Mickelson and Woods have enjoyed a rollercoaster career on the course as both rivals and allies.

Despite his youth and time off with injury issues, Woods comfortably outguns his compatriot with 15 major wins to five.

Together for Team USA, they have won just one Ryder Cup with seven defeats in the books.

With golf experiencing a long shutdown due to the coronavirus pandemic, the pair organised a rematch of their iconic The Match encounter.

And basketball heroes Michael Jordan and Steph Curry are reportedly being lined up for a third go at the event after a record viewership for May’s rematch.