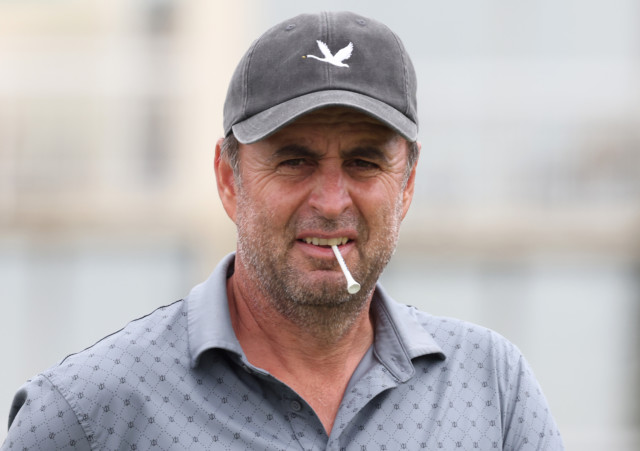 And now he is trying to take a leaf out of the Phil Mickelson book of miracle Major victories.

Richard Bland stormed into the lead at the US Open

Bland earned his place at the US Open by finally securing a European Tour title at the 478th attempt last month – and he could follow up by claiming one of the biggest prizes in the game.

A brilliant second round 67 sent him storming to the top of the Torrey Pines leaderboard alongside American Russell Henlwy, and if you believe in coincidences he could easily stay there.

When Mickelson stunned the golfing world by becoming the oldest Major champion of all time with last month’s USPGA Championship win – a few weeks before his 51st birthday – he was also ranked 115th.

Bland would not think it was so unusual for the old boys to come out on top again.

His thrilling British Masters triumph at the Belfry three weeks ago saw him set a record as the European Tour’s oldest first time winner.

Bland was delighted at providing more evidence that golf’s old-timers definitely still have plenty of game.

He said: “I feel very proud of the way I’ve played so far. Seeing my name at the top of a leaderboard is pretty special – I had the lead for one hole at the 2017 Open, and it’s good to be up there for a bit longer than that! 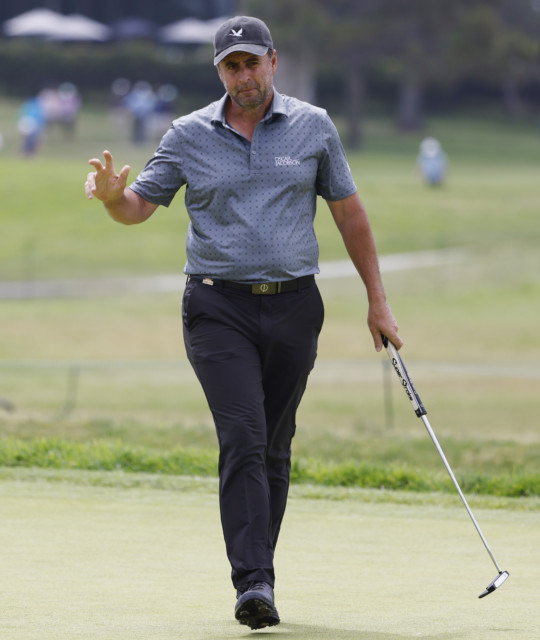 Richard Bland, 48, is the oldest ever halfway leader in US Open history 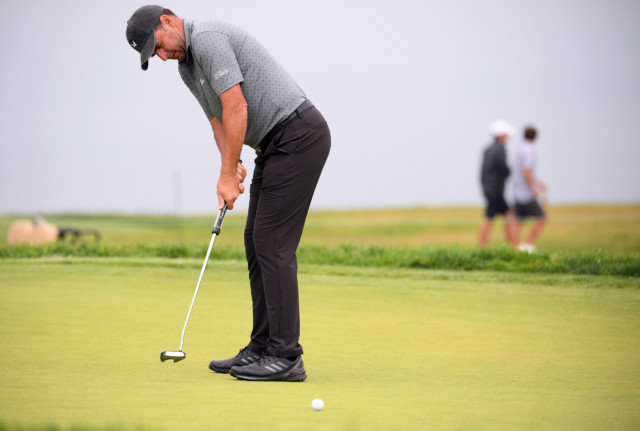 Brit Richard Bland is 115th in the world rankings

“Phil’s USPGA victory was inspirational for all of us older golfers, and I hope my British Masters win did a bit of the same.

“Phil’s win was one of the greatest sports stories of the century – I’m not going to get carried away speculating about what might happen for me, because there’s a long way to go.

“I’ll just relax by watching the England-Scotland game on TV, and enjoy the fact I won’t need an early alarm call.”

Late starter Henley, another player who would have figured on most people’s lists of possible 36 hole leaders, looked like denying Bland a share of top spot when he sank an eight footer at his 17th hole – the eighth – to move to six under.

But he made a mess of the par five ninth, and dropped a shot to confirm Bland as the oldest halfway leader/joint leader in US Open history. 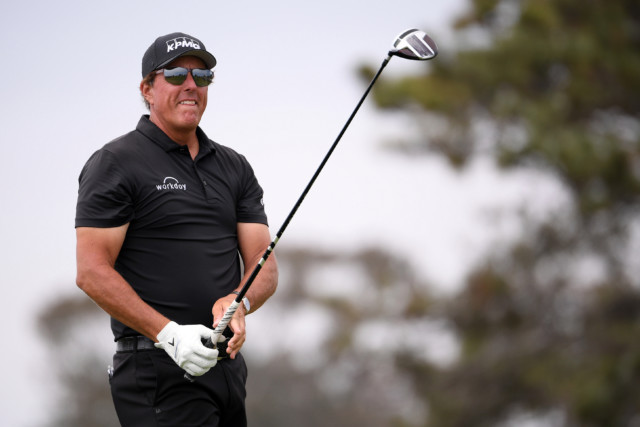 Phil Mickelson was 50 when he claimed his USPGA victory

There are some big names breathing down his neck, including pre-tournament favourite Jon Rahm, who was cruelly denied victory at The Memorial when he failed a Covod-19 test before the final round after charging into a six shot lead.

He is well positioned to make amends after rounds of 69-70 took him to three under, just two back, while USPGA runner-up Louis Oosthuizen will fancy his chance of going one better after joining a resurgent Matthew Wolff on four under.

The California galleries might have expected to see Rory McIlroy’s name on the leaderboard, after he finally overcame his first round blues in the Majors by matching Bland’s opening 70.

But it looked like McIlroy felt he had already done the hard part as he produced a mish-mash of brilliant shots and awful errors to slip from one under to one over par – still in touch, but with a heck of a lot of work to do if he is to end his seven year Major championship drought.

His 73 contained five birdies and SEVEN bogeys. Still, it could have been worse. A lot worse.

Just ask McIlroy’s playing partner, Justin Rose, who was quietly fancied to add to his 2013 US Open win after top eight finishes at the Masters and the USPGA Championship earlier this year.

Rose had a shocker, with rounds of 77 leaving him almost last on 13 over.

He played a practice round with Bland on Wednesday, so at least he should enjoy watching on TV as his fellow Englishman bids to join him as a Major winner.

And Rose was not the only big name to miss the cut, which fell at four over par.

England’s top player, world No 9 Tyrrell Hatton, finished on six over, while Major winners Henrik Stenson and Webb Simpson were also among the also-rans.