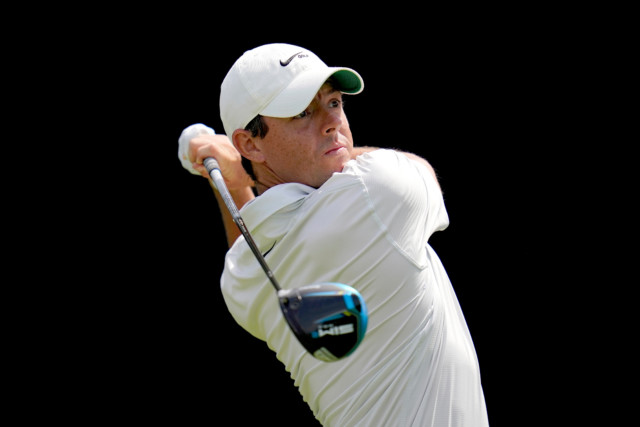 RORY McILROY has to lose the ‘TGI Friday’ mentality to end his seven-year famine in the Majors.

And the stats back him up. Since he won the last of his four Major titles at the 2014 USPGA Championship, he is an incredible 35 OVER par for the first round of the Majors — and 61 UNDER for the remaining rounds.

But he is determined to free himself up when the US Open gets under way at Torrey Pines today, knowing he cannot afford another bad start — after shooting 76 on day one at the Masters and 75 in the USPGA at Kiawah Island.

McIlroy, 32, said: “It has probably been a case of just putting a little too much pressure on myself, playing too carefully, being a little tentative. I think that sort of sums it up.

“And I guess the way to counter that is by being indifferent — not in the sense of not caring but by not putting myself under pressure by thinking I have to care too much.

“If I went out and played this golf course any other week, you play free. And it’s just about trying to do the same thing.

“You just have to be able to swing with that freedom and that’s sort of what I’m trying to get back to.

“There’s no surprise that if I do have, say, not a great first day that I’m able to play well the rest of the tournament, because that does free you up.

“It’s like, ‘OK, well, the bad one’s out of the way and now I can just sort of freewheel’.

“It’s just a matter of freewheeling from the Thursday and not the Friday.”

It all sounds obvious but putting that logical approach into practice has proved increasingly difficult for the former world No 1 — although he feels the work he is doing with new coach Pete Cowen is about to pay dividends.

McIlroy explained: “I feel good. Pete and I had a few really good days in Florida last week. The technical and mechanical parts of it are all there.

“It’s just a matter of going out in a US Open setting and just trusting what I’ve been doing in practice.

“Then it gets more into the mental side of things and just being really clear and really committed in what you’re trying to do — being as free on the course as I am on the range.

“That’s the big challenge but in terms of where everything’s heading, it’s definitely in the right direction.

“At Augusta, I was still in the middle of a transition, stuck in between what I was trying to do in my swing with Pete and it wasn’t a great week.

“Then, at Kiawah, I felt like I went into the week playing well.

“I struggled on the left-to-right winds there, even from the first tee shot on Thursday, hitting it into the water.

“Since then, I’ve changed my driver set-up and I feel a lot more comfortable with that.

“And even though I didn’t have my best stuff at Kiawah, if I’d played the par-fives the same way Phil Mickelson played them, I’d have won.

“It’s not as if there hasn’t been some good stuff, too. 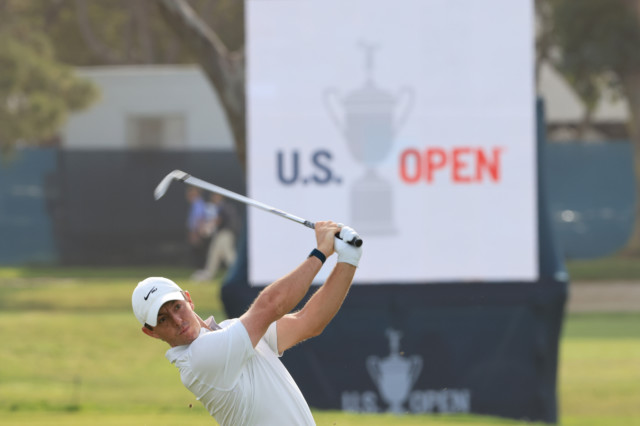 Rory McIlroy said he feels good about where his game is

“I won a tournament at Quail Hollow four or five weeks ago, so it’s there. And I’m feeling good about where my game is.

“The other encouraging thing is that I really like this set-up.

“The vibe is similar to the one I got before I won the US Open at Congressional in 2011.

“The first time I laid my eyes on Congressional, I thought, ‘You know, I could see myself shooting scores out here’.

“It’s the same here. You hit fairways, you hit greens and you can shoot good scores.

“It’s just a matter of getting into more of a positive mindset going into the tournament.”