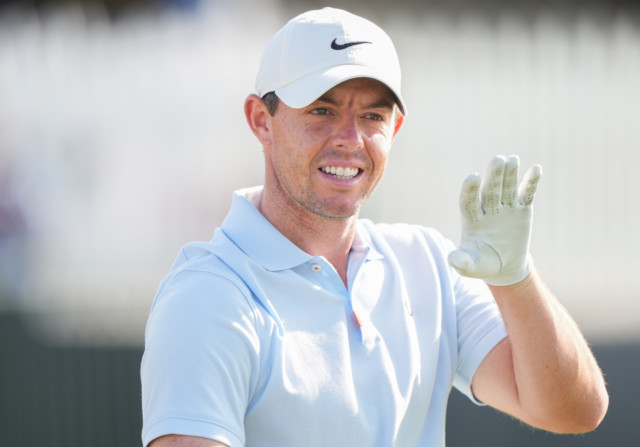 RORY McILROY heaped praise on much-criticised caddie Harry Diamond – saying he would still be in a ditch hacking at his golf ball if it had not been for his best pal.

The Northern Irishman was in danger of squandering his chance of a first win for 18 months at the Wells Fargo Championship when his drive ended up a few inches from a stream running down the side of the 18th hole.

He was keen to take a swipe at his ball from an impossible-looking lie but Diamond reminded him he had a three-shot lead and said he would be much better off taking a penalty drop.

The four-time Major champion saw sense and, despite a bogey five, he won by two shots — and heads into this week’s USPGA Championship full of confidence.

He said that incident should convince people that Diamond was not merely carrying his bag as part of an old pal’s act, even though they are such close mates they served as the best man at each other’s weddings.

McIlroy said: “After that win I wanted to make a point of letting everyone know Harry was 100 per cent the person that told me not to hit that ball on 18 from the creek.

“And if it wasn’t for him, I probably would have lost the tournament because I’d still probably be trying to hack it out of there.

“I’m like a dog — if I see a golf ball I want to hit it. It’s there. Or if someone puts a football in front of me I want to kick it.

“Look, the thing about Harry is we’re best friends.

“Us getting together was supposed to be a short-term thing back in 2017. I ended up really enjoying it, really liking it, and we made the decision that this was going to be a long-term thing. And it’s worked out great.

“We’ve had six wins together and the reason I want to single Harry out is that I feel like he gets some negativity around the relationship that’s very unfair and uncalled for.

“But people don’t know him and they don’t really know me.

“They see things from the outside and maybe they didn’t notice that he was the one who kept a cool head when maybe I wasn’t in the best place.

“It wasn’t the first time. And that’s why I will always protect him from the armchair critics, who don’t always see the full picture.”