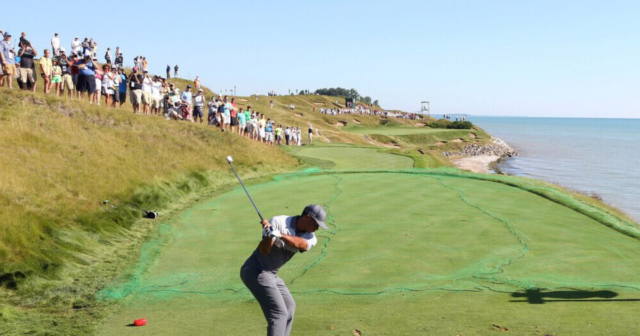 GOLF fans don’t have to wait too much longer as the 2021 Ryder Cup is just a drive away – with both teams set to fly out to Wisconsin.

The coronavirus pandemic delayed the world-famous tournament by a year but golf’s very own grudge match USA vs Europe is back.

The 2021 Ryder Cup will. be played at Whistling Straits in Wisconsin

The world’s best players will convene to participate as Europe look to retain the title they won back in 2018.

Here’s all you need to know ahead of its highly aniticpated return.

What date does the Ryder Cup 2021 start?

What TV channel is the Ryder Cup on and can I live stream it in the UK?

How can I watch the Ryder Cup in the US?

Where is the 2021 Ryder Cup taking place?

Who is playing in the Ryder Cup for USA and Europe?

Both Europe and USA teams have now been named for Whistling Straits.

There is NO Tiger Woods no Phil Mickelson for captain Steve Stricker’s Team USA.

Meanwhile skipper Padrig Harrington has drafted in some in-form debutants for Europe, while Francesco Molinari and Justin Rose are the big names to miss out. 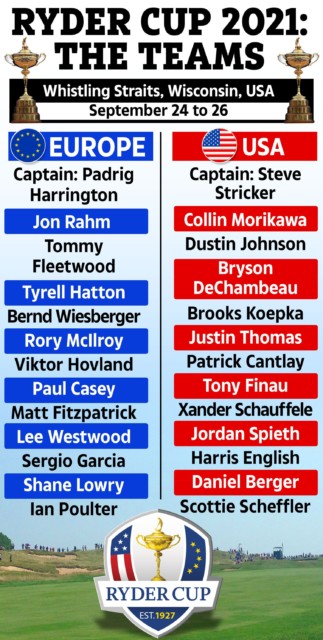