Ryder Cup pairings: Rahm and Garcia kick off Europe’s bid while McIlroy joins Poulter but no DeChambeau for USA
Advertisement 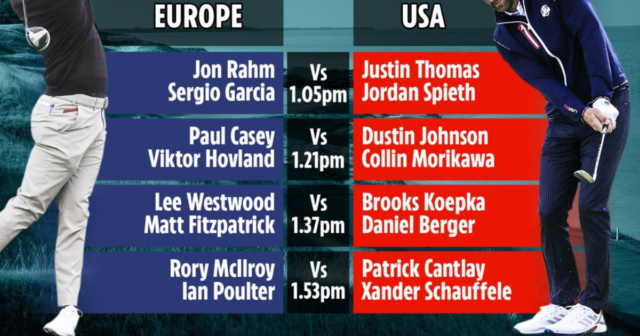 THE 2021 RYDER CUP opening ceremony has concluded and team captains Padraig Harrington and Steve Stricker have revealed their foursome pairs for the opening day.

And first to tee off will be Team Europe’s Spanish duo Jon Rahm and Sergio Garcia as they take on Team USA’s Justin Thomas and Jordan Spieth in match number one. 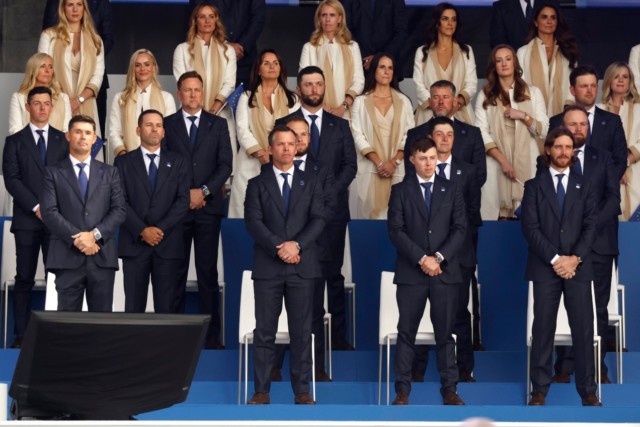 Team Europe take to the stage during the opening ceremony 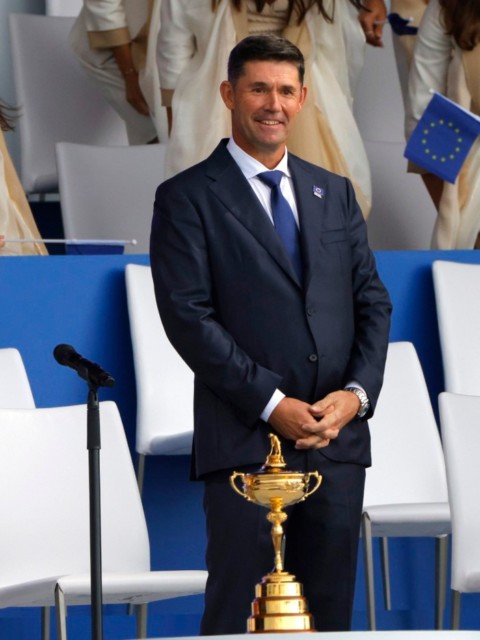 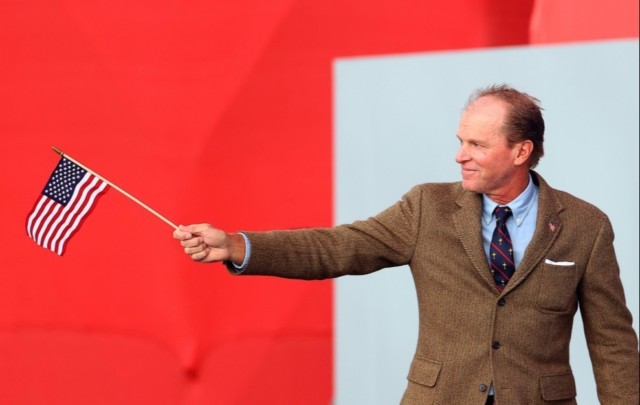 That begins at 1.05pm and next up the hosts’ Dustin Johnson and Collin Morikawa will face Paul Casey and Viktor Hovland at 1.21pm.

Finally, Harrington has picked Rory McIlroy and Ian Poulter as his final pair to deal with the challenge of USA’s Patrick Cantlay and Xander Shauffele at 1.53pm.

That means there is no place in the USA foursomes for US Open 2020 champion Bryson DeChambeau, who failed to win a point in his Ryder Cup debut in 2018.

The 28-year-old will have to wait his turn and watch on from the sidelines alongside team-mates Harris English, Tony Finau, and Scottie Scheffler.

Those missing out on the foursomes for Team Europe include Tommy Fleetwood, Tyrell Hatton, Bernd Wiesberger and Matt Fitzpatrick. 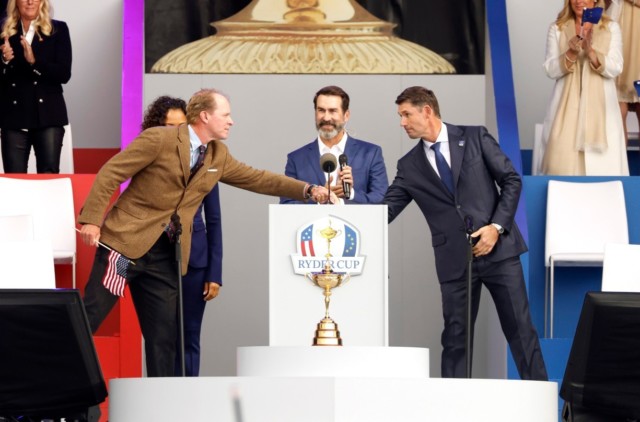 Stricker and Harrington shake hands ahead of the 43rd Ryder Cup 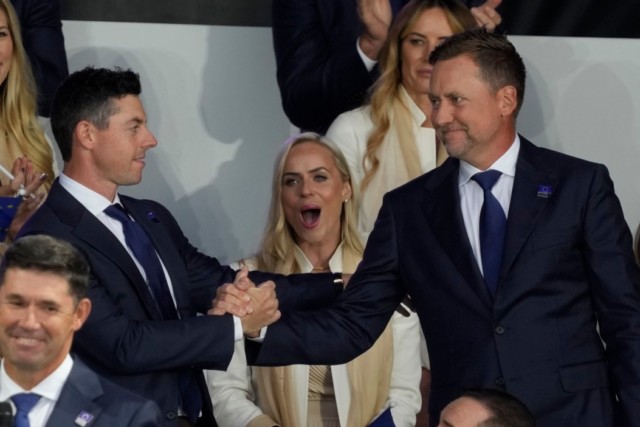 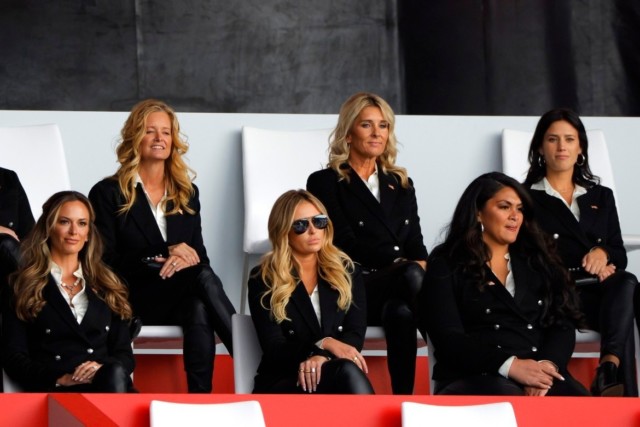 WAGs of Team USA on stage during the opening ceremony

Europe’s very own Rahmbo is fired up, and ready to lead his Ryder Cup team-mates into battle.

World No 1 Rahm says he recognises his duty to live up to his ranking and emerge as the man Europe can rally around.

The Spaniard grew up worshipping Seve Ballesteros – but revealed Ryder Cup legend Colin Montgomerie was another of his favourite players growing up, and he would love to set the tone for Europe the way he did.

Rahm said: “Am I expected to be one of the team leaders this week? What kind of a player would I be if I say no? Right.

“So yes, yes, I’m ready for that. It’s a challenge I look forward to. Obviously there’s a lot of players in our team that have a lot of experience and know how to get it done. I’m ready to add my name into that group.

“And being world No 1 can go two ways – either it brings pressure, or it lifts you. And in my case, it brings a bit of added confidence, in the sense that I know what I’m capable of. 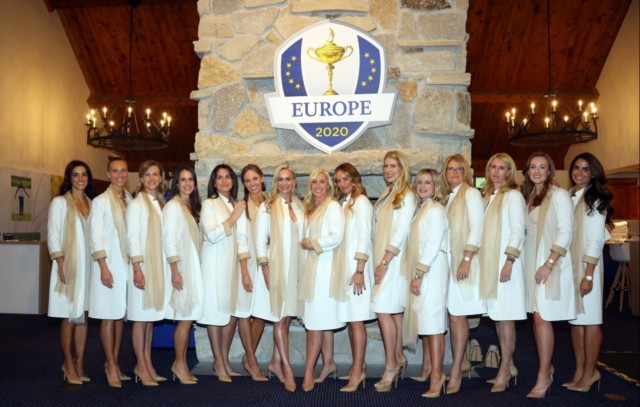 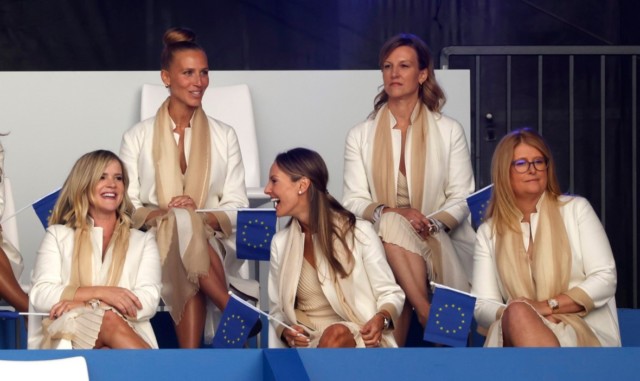 “I also won my first Major this year, over a tough set-up at the US Open. So that gives me confidence too.

“But I’m not the type to deliver big speeches. We have plenty of players in the team that are vocal enough, and who have done this enough, to be the guys others will naturally gravitate towards for guidance.

“I’m not going to actively go and say, hey everyone, I’m a leader now, because I don’t have that massive of an ego.

“But I’ll continue, hopefully, to do what I’ve done for most of this year – I’ll let the clubs and the ball do the talking.”

Rahm made a good start in that respect by beating another world No 1 – Tiger Woods – in the singles when he made his debut in Paris, three years ago.

This time, he is the man with the target on his back. But Rahmbo is definitely ready for more action. 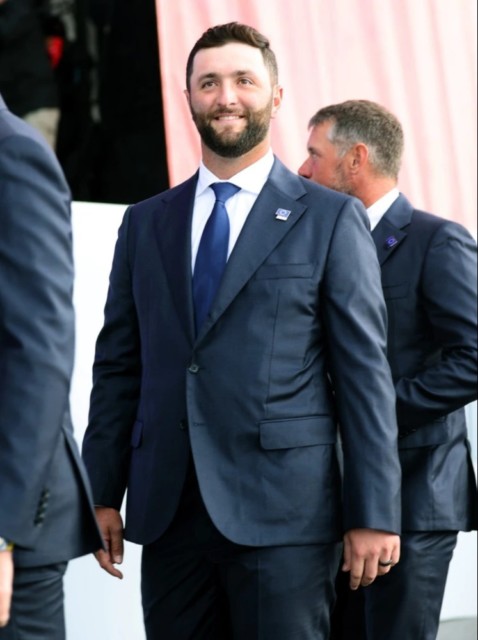 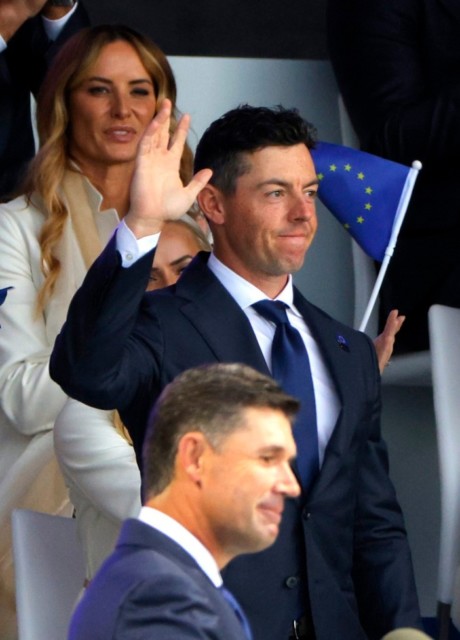 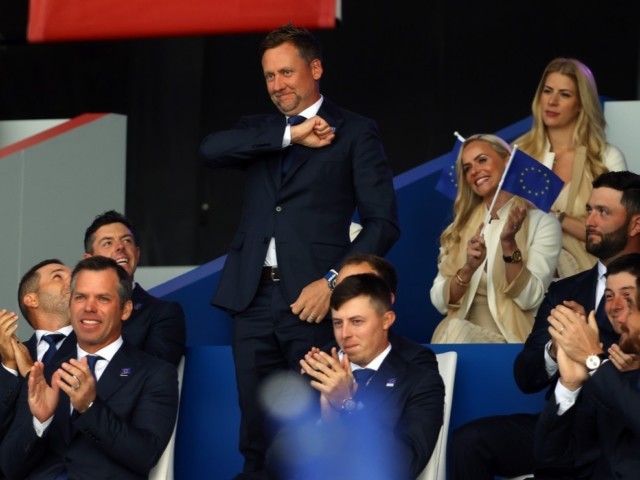 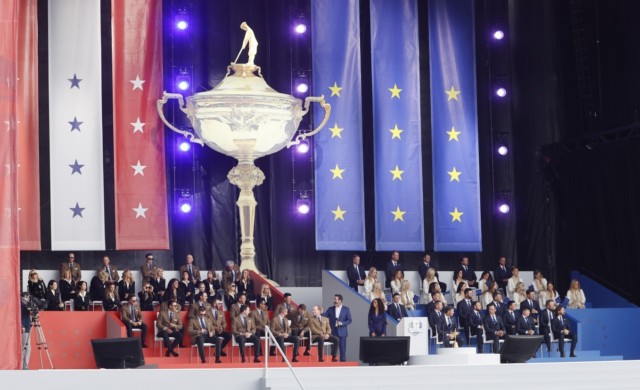 Team USA are the bookies favourites to win the tournament
Advertisement. Scroll to continue reading.
In this article: