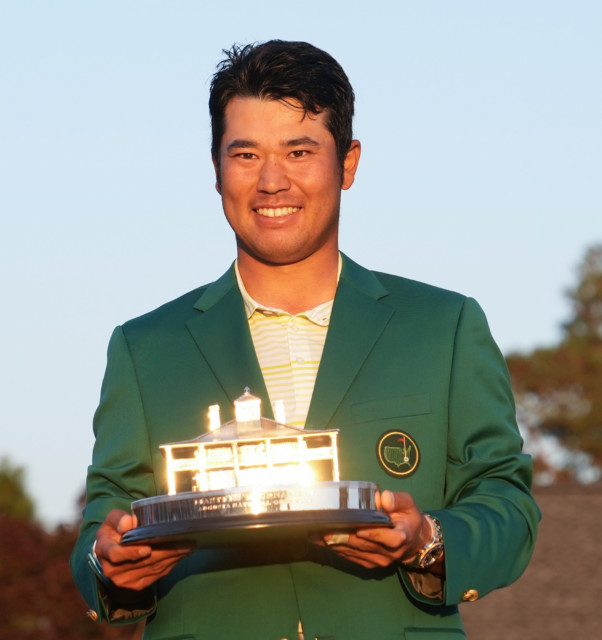 IN the land of the rising sun they’re celebrating a rising star.

Hideki Matsuyama defied the odds – he was a 40-1 shot – to win the Masters on Sunday.

Hideki Matsuyama defied the odds to become the first Japanese golfer to win a major when he clinched the MastersAway from the PGA Tour, Matsuyama and his wife live a very private life

The 29-year-old made history as the first Japanese golfer to win a Major from the golf-mad country.

But, despite his huge profile in his homeland, Matsuyama lives a very private life away from the PGA circuit.

In 2017, he stunned reporters when he revealed he had a secret wedding to long-term love and occasional caddy Mei and the pair had even had a baby on the quiet.

The former world No2 grew up dreaming of becoming a golf superstar and idolised Tiger Woods as a kid.

How fitting that he now gets to wear the same green jacket his hero modelled two years ago.

Matsuyama was born in Ehime on the island of Shikoku.

At the age of four he was handed a golf club by his dad, Mikio – a keen golfer himself.

Meitoku Gijuku Junior & Senior High School in Kochi offered a better environment for a young Matsuyama, so he transferred there in his early years.

But it wasn’t just golf he excelled at at a young age. 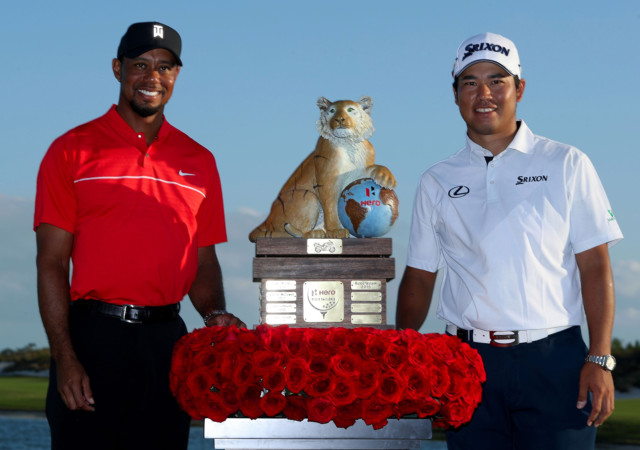 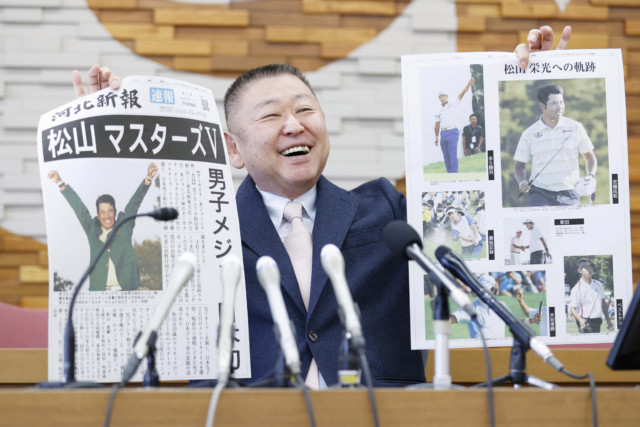 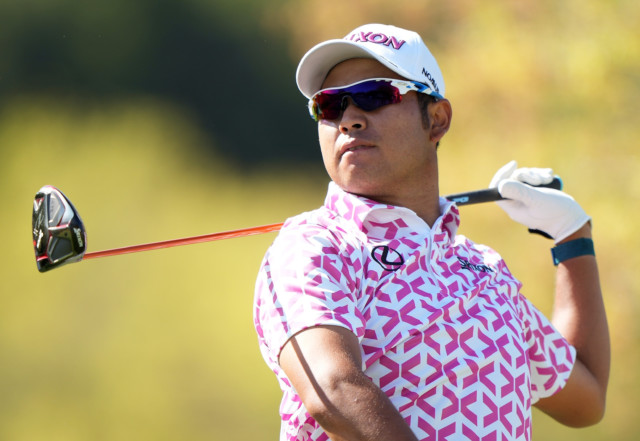 In his senior years, school-mates reportedly gave Matsuyama the nickname ‘RPShowtime’ – from role-play showtime – because of his skills on the poker table.

However, nothing would deter him from following his dream and emulating his hero Tiger Woods.

Matsuyama says his favourite sporting memory growing up was Woods winning the Masters in 1997, and he was determined to do the same.

While studying at Tohoku Fukushi University in Sendai, Matsuyama won the 2010 Asian Amateur Championship, much to the delight of his coach Yasuhiko Abe.

That gave ambitious Hideki the opportunity to get a taste of the Augusta National a year later – becoming the first Japanese amateur to play in the Masters.

He was the only amateur to make the cut and after won the Silver Cup – which is awarded to the lowest scoring amateur.

A week later, Matsuyama tied for third at the Japan Open Golf Championship. 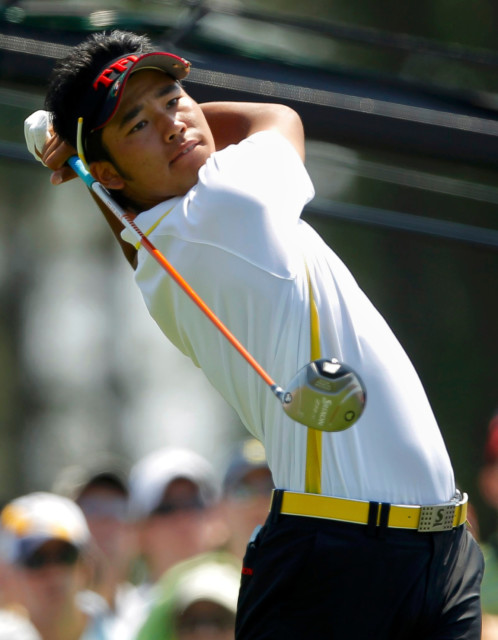 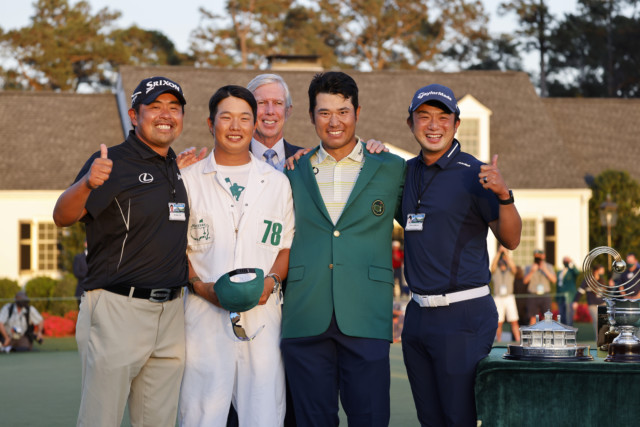 Bob Turner, standing behind Matsuyama, is the Masters champions manager

A year after reaching No1 in the World Amateur Championship rankings in 2012, he turned pro.

His manager Bob Turner, who looked after legends including Seve Ballesteros, Sam Snead and Johnny Miller, described his appetite for golf the best.

“He has the greatest passion for golf that I’ve seen since Seve,” he once said.

A consistent performer on the tour, the highest world ranking Matsuyama has reached is No2.

After his crowning glory at Augusta, he now has six PGA Tour wins to his name.

Before the weekend’s heroics, his first competition win came in 2014 at Jack Nicklaus’ Memorial Tournament.

He also won consecutive Phoenix Open titles in 2016 and 2017, landing both titles in dramatic play-offs.

His sporting success made him a celebrity in Japan, but very little was known about him away from the golf circuit. 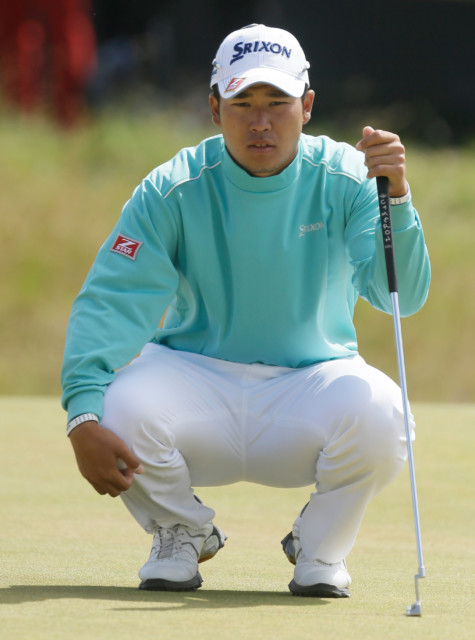 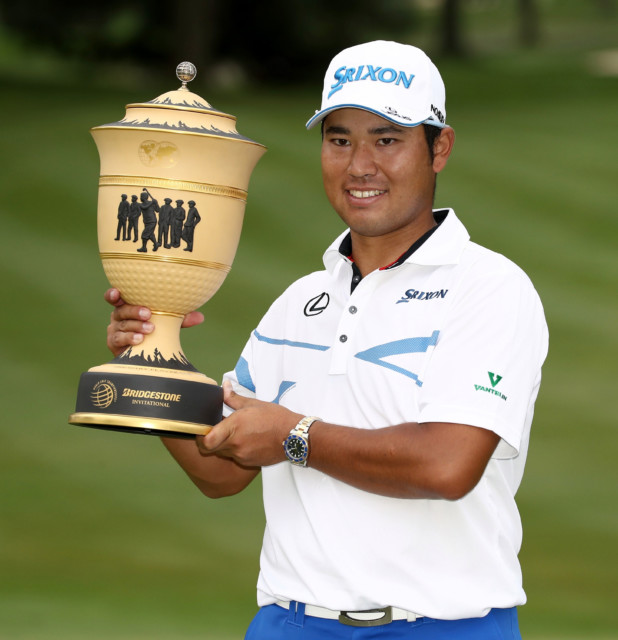 Not many high-profile sports stars are able to keep their private life quiet.

Matsuyama managed just that, albeit unintentionally, when he revealed he had married long-term love ‘mysterious’ Mei on the quiet and had a child in front of shocked reporters at a press conference.

The moment came in 2017 after his stock had risen when he tied-second at the US Open and won the WGC-Bridgestone Invitational.

But the star was not actively keeping his personal life private from the watching world – he simply wasn’t asked.

Speaking at the 2017 Northern Trust Open, one month after his daughter Kanna was born, Matsuyama said: “No one really asked me if I was married, so I didn’t have to answer that question. 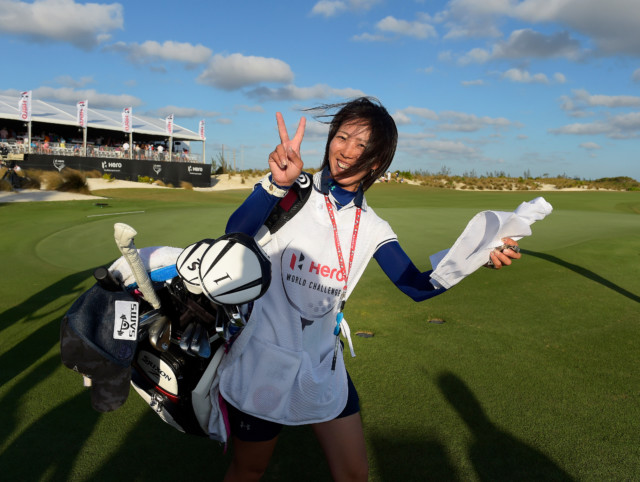 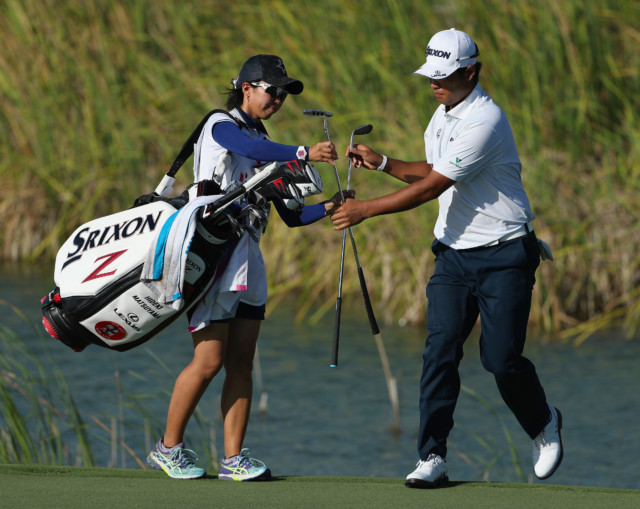 Mei used to occasionally caddy for her husband 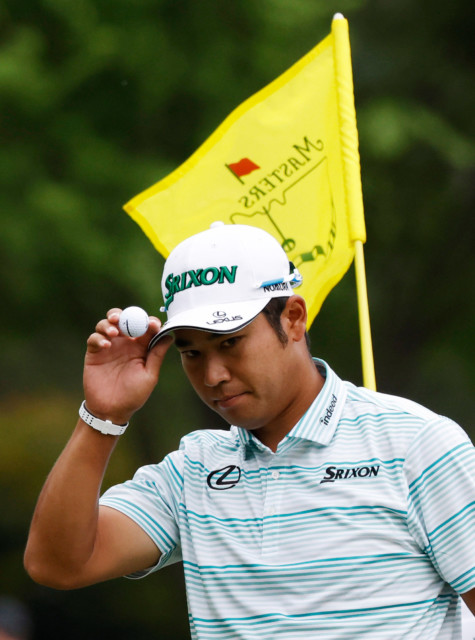 Matsuyama is reportedly shy and prefers to live a quiet life

The antithesis to the flamboyant Ryo Ishikawa, don’t expect Matsuyama to flaunt his win at Augusta.

Hideki values discretion and very rarely shares anything. On his Instagram you’ll find a few images of him playing on the tour, but nothing personal.

In interviews, he never brings up his wife or family life.

While in Japan, journalists refrain from asking Matsuyama any personal questions as an act of politeness.

How things might change now, though, he is a Masters champion.