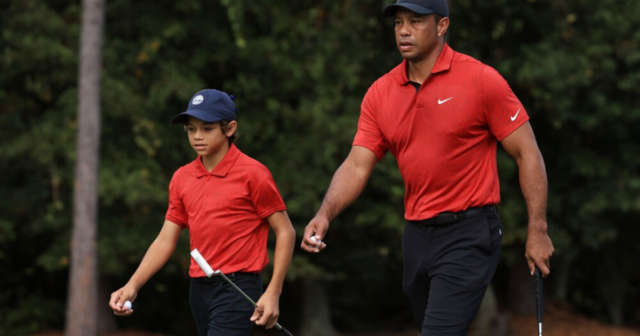 Woods, 45, was competing with son Charlie, 12, as he returned to tournament golf the first time after being involved in a horror car crash in February.

And the father-son duo worked their way around the course wearing matching ‘Sunday Red’ outfits, keeping with Woods‘ tradition of always wearing red for the Sunday round of tournaments.

Viewers have marveled at Charlie throughout the weekend, with the youngster proving to be a chip of the old block alongside his legendary dad.

Charlie has clearly grown up watching his old man intently as his swing is almost identical to Tiger’s, right down to his iconic club twirl.

And it’s clearly not all for show as Wood Jr, alongside his dad, hit a tournament-record ELEVEN birdies in a row on Sunday to post an incredible -15 round of 62.

Charlie has been proving all weekend that he has his father’s talent with club in hand, even goading the legend himself after sinking a long putt. 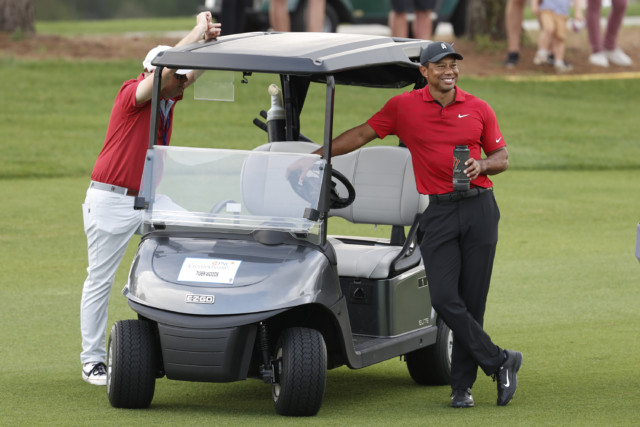