Who is Rory McIlroy’s wife Erica Stoll, and how many children do the couple have? 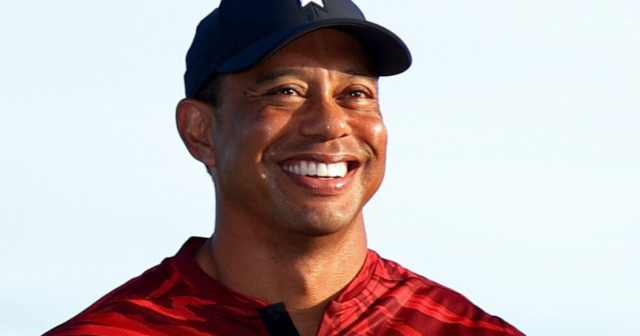 TIGER WOODS is reportedly considering a shock comeback to golf next WEEK – just ten months after his horror car crash.

Golf.com claims Woods, 45, could play in next week’s PNC Championship with his son Charlie, 12.

The sporting legend cheated death after a terrifying 85mph smash in February.

Woods had to be cut out of his vehicle when it flipped several times after going off the road in California.

Woods narrowly avoided having it amputated after police declared he was ‘lucky to be alive’.

But despite claiming he would ‘never’ play again, Woods could reportedly make an incredible return to the tee on December 18.

The PNC Championship sees major champs and their children compete on a 36-hole course across a two-day event.

Woods is said to be testing his golfing skills this week to see if he is ready for a swift comeback after he and Charlie finished seventh in 2020.

And the ace’s decision comes after declaring that he wants to compete at St Andrew’s for the 2022 Open.

Woods said: “I’m lucky to be alive but also still have the limb. Those are two crucial things.

”I’m very grateful that someone upstairs was taking care of me, that I’m able to not only be here but also to walk without a prosthesis. 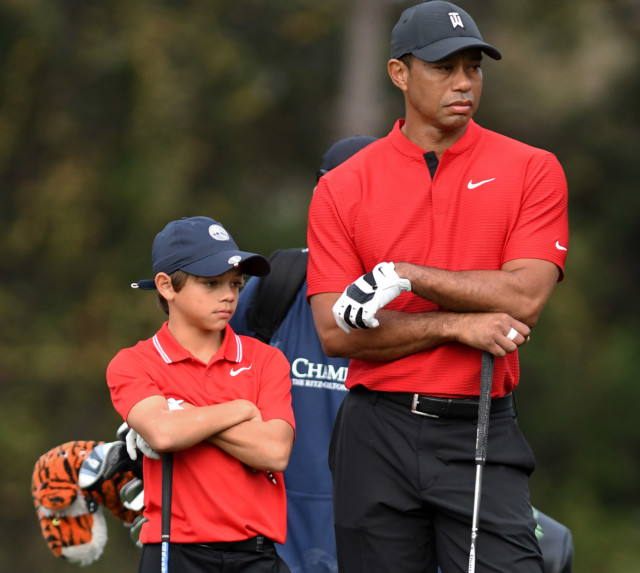 Woods and son Charlie played at the 2020 PNC Championship 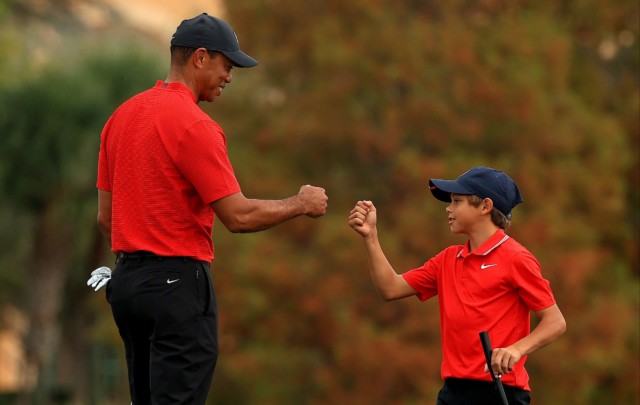 The pair finished seventh after the 36-hole, two-day event

“I’ve had to go through a lot of pain, and even though I was able to walk into the room today without crutches, as I’m sitting here my leg still hurts. And my back hurts.

“I would love to play at St. Andrews, there’s no doubt about it. It’s my favourite golf course in the world. To be a two-time Open champion there, just being a part of the champions dinner is really neat.

“So yes, I would love to be able to play that Open Championship, there’s no doubt about it. Physically, hopefully I can. I’ve got to get there first. The tournament’s not going to go anywhere – but I need to get there.”