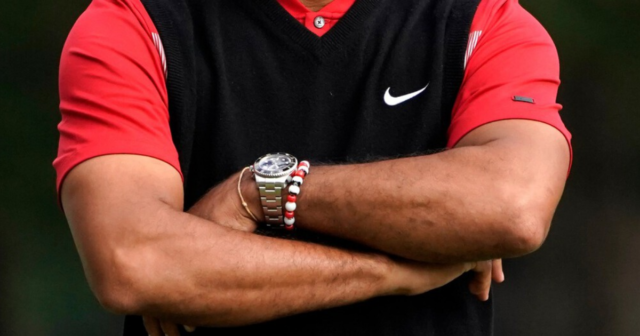 TIGER Woods has finally been seen golfing again, months after the horrific car crash that almost took his life–and the golf great knows he has a long road to full recovery that will mean major changes to his career.

The 45-year-old great conceded that he won’t be able to play full-time like before.

Woods told Golf Digest he misses the sport and intends to return, but knows he can never return to the brutal schedule he sustained for many years.

“I think something that is realistic is playing the tour one day—never full time, ever again,” he told the publication.

“I can still participate in the game of golf. I can still, if my leg gets OK, I can still click off a tournament here or there,” he said.

“But as far as climbing the mountain again and getting all the way to the top, I don’t think that’s a realistic expectation of me.”

“Obviously, when I get in the gym and I get flowing and the endorphins get going, I want to go, go, go,” he stated.

“But then again, everyone reminds me at what cost?”

The golfer attributed his healthy mindset to his prior experiences with injuries, sustained during the rigorous tours that have made up his career.

“To win every single tournament I played in, I would do everything I possibly could. Like any sport, there’s a cost to it. There’s a cost of doing business and unfortunately, for sportsmen and sportswomen, injuries are a part of it,” Woods said.