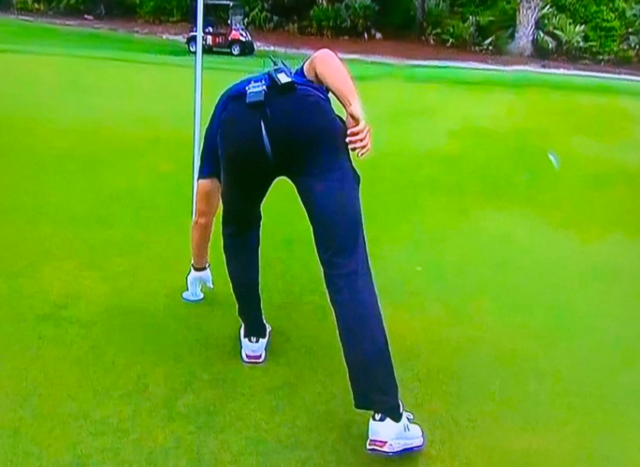 TOM BRADY hilariously split his trousers after holing an amazing shot from the fairway.

The NFL hero had been awful partnering Phil Mickelson in their mega-money charity match against Tiger Woods and Peyton Manning.

But he put it all behind him by firing a shot from around 110 yards into the hole on the seventh at Medalist club in Hobe Sound, Florida.

Unfortunately for Brady, though, that was about where the good news finished.

Although no fans were allowed on the course, cameras were on hand to pick up his torn Under Armour trousers.

And the Tampa Bay Buccaneers quarter back gave fans a real eyeful when he bent down to pick his ball out of the hole.

He was even forced to wear rain pants to cover up – despite the torrential rain of earlier stopping completely.