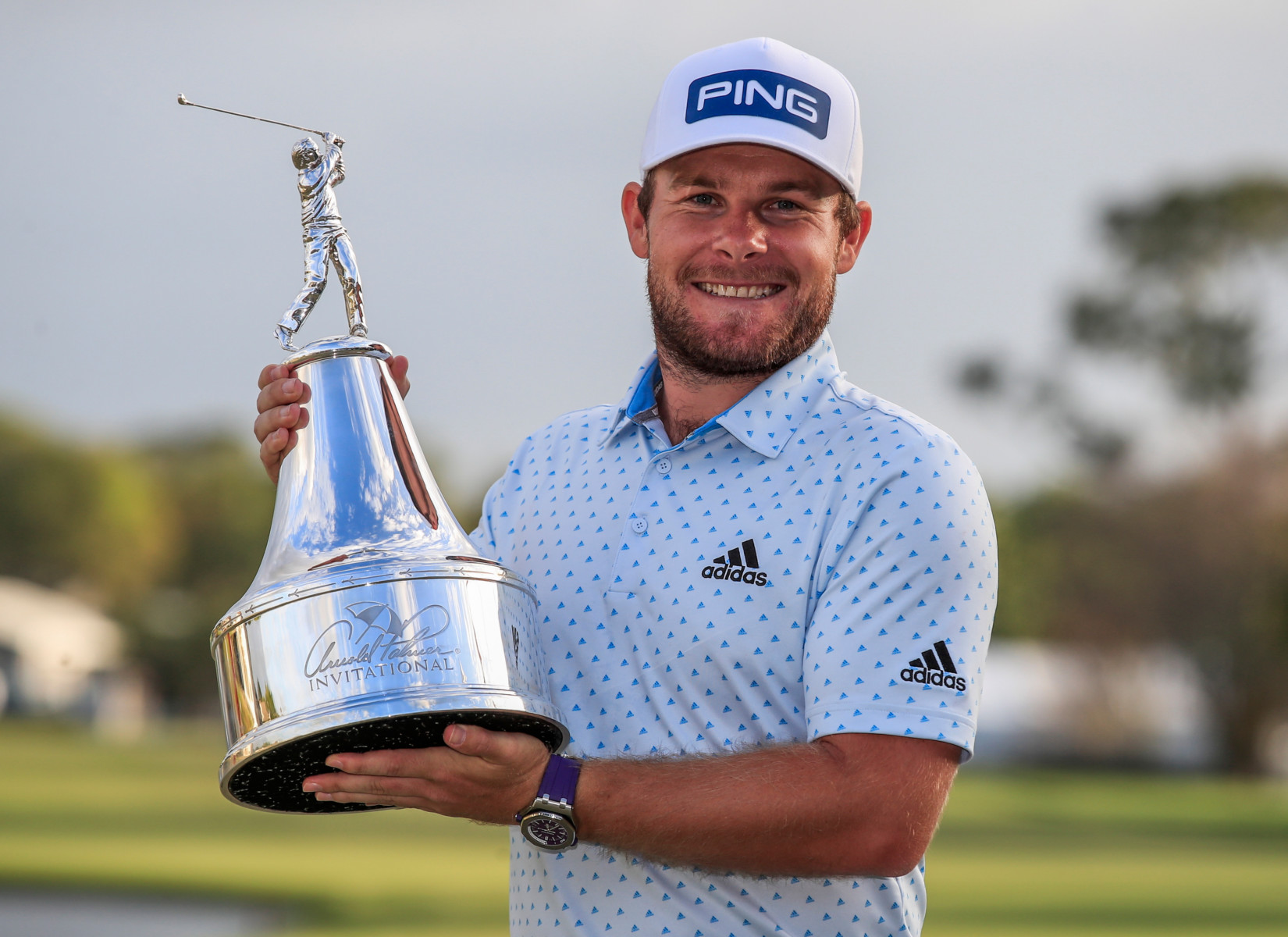 Tyrrell Hatton won the Arnold Palmer Invitational, becoming the first Englishman to do so

It was Hatton’s maiden US Tour title and after holding off the challenge of playing partner Aussie Marc Leishman he took a £1.28million first prize with a four-under total.

Hatton’s two-stroke overnight lead went in the first five holes in tough conditions as only four players finished below par.

The High Wycombe ace said: “It was such a tough day. After my double bogey on the 11th I thought I’d played my way out of it because I didn’t see the scoreboard.

World No 1 Rory McIlroy, tied second at the start of the day, had two double bogeys in a 76 that saw him slip back to level par and a share of fifth place.

DAVID DRYSDALE was close to tears after his wait for a first title continued at the Qatar Masters.

But he missed and was then beaten by Jorge Campillo after five dramatic play-off holes.

Gutted Drysdale did not hang around long enough afterwards to put his disappointment into words.

But wife and caddie Vicky tweeted: “Gutted not to win but I’m so proud of DD for the way he played in the play-off.

“Team DD will keep fighting for that win.”

Campillo, 33, holed a birdie putt from 20ft and Drysdale, who has now been runner-up four times, could not match it.

“I hardly missed a shot and made some putts.

“David was hitting some great shots. But three birdies out of six on 18 is something to be proud of.”

Drysdale and Campillo finished one shot clear on 13-under in regulation play.

Two-time Qatar winner Paul Lawrie, who missed the cut, added: “I’m gutted for David and Vicky but it was a fantastic effort.”