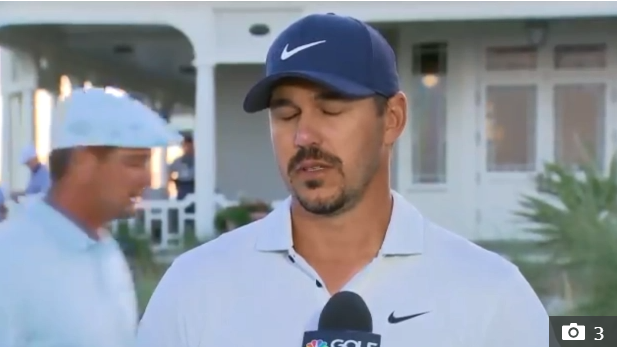 US Open bosses are planning to have a bit of fun with the Bryson Dechambeau-Brooks Koepka feud – by sending them out together at Torrey Pines.

And they could also add Phil Mickelson to complete the three-ball later this month, and act as a referee!

The simmering dislike between DeChambeau and Koepka surfaced at the USPGA Championship, where Mickelson, 50, became the oldest Major champion of all time.

A leaked video of Koepka rolling his eyes theatrically as DeChambeau walked past him during an interview, and making a sarcastic comment, quickly went viral.

Koepka then muttered: “I’ve f***ing lost my train of thought hearing that bulls**t.”

He had another dig when it was announced DeChambeau would partner quarterback Aaron Rodgers against Mickelson and another NFL star, Tom Brady, in a charity match.

Mickelson, joined in with a spoof apology for being involved in the match, instead of double USPGA winner Kopeka.

Mickelson tweeted: “I feel like I’m in the middle of something, and should step aside (Except they want the CURRENT PGA champ:).” 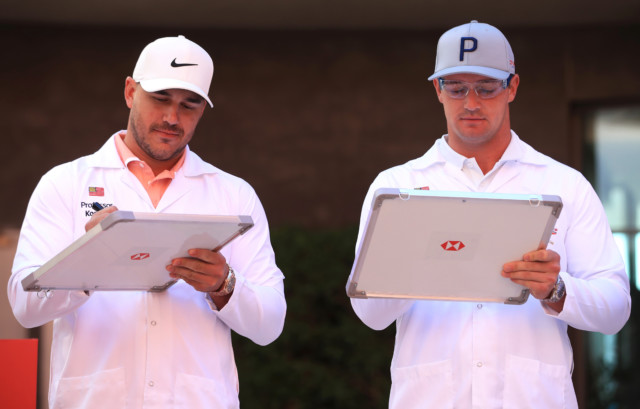 The DeChambeau-Koepka rift stems back to 2018.

Kopeka was one of the most vocal critics of DeChambeau’s slow play – a fault he has tried to rectify – and also mocked him when he asked for a drop at last year’s FedEx St Jude Classic, because he claimed there were fire ants in a bunker.

DeChambeau, who bulked up by adding around 30 pounds of muscle last year, hit back by rubbishing Koepka’s abs, after he did a near-naked photoshoot.

The serious side is the damage it could do to team morale at this year’s Ryder Cup. Both Major champions are nailed on to make the USA line-up for Whistling Straits in September.

But the USGA are likely to see it as a perfect opportunity to show the mischievous sense of humour they are renowned for.

They famously put Ryan Moore, Brian Gay, and Fred Couples together, so the group scoreboard would show Moore Gay Couples.

Tournament official Jeff Hall has admitted: “We have some fun with our groupings.”

DeChambeau was sent out with fellow big-hitters Dustin Johnson and Tony Finau last year in the hope of provoking a long drive contest, while Jim Furyk, Zach Johsson and Graeme McDowell were previously put together as the ‘marshmallow drivers’.

And a few years ago, the organisers provoked a storm of protest over a heavyweight three-ball of Shane Lowry, Kevin Stadler and Brendon de Jonge – dubbed the ’Fat Boy Three’ – with Lowry accusing them of being childish.

That has never worried the USGA.

But with DeChambeau teeing off on June 17 as defending champion – after his stunning six shot victory at Winged Foot in September – some members may feel it would be disrespectful to send him up.

Koepka is a double US Open winner though, and with Mickelson needing a win to complete a career Grand Slam – after finishing runner-up six times in this event – it could easily be passed off as just a marquee grouping.