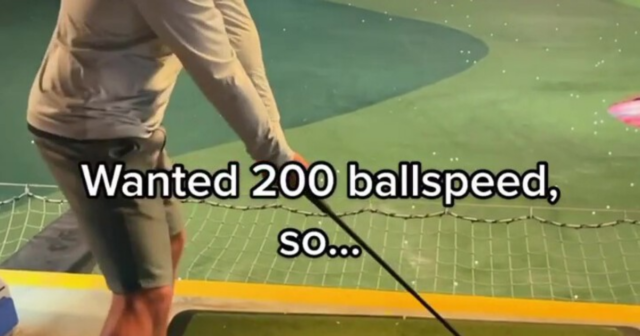 HARD HITTER Bryson DeChambeau is enjoying some time away from the course after helping Team USA to Ryder Cup glory in September.

But the 2020 US Open winner is still making sure he’s keeping his arms loose after being filmed at TopGolf whacking a ball OVER the protective net. 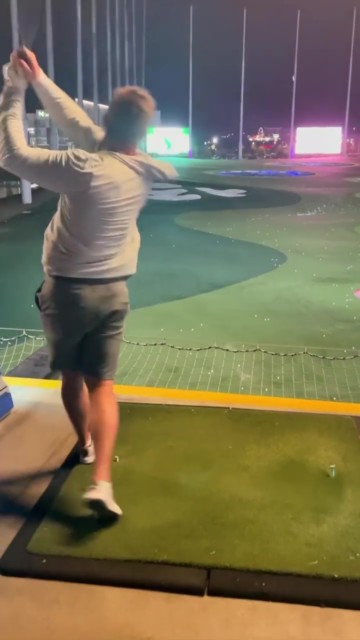 And launched the ball almost into orbit 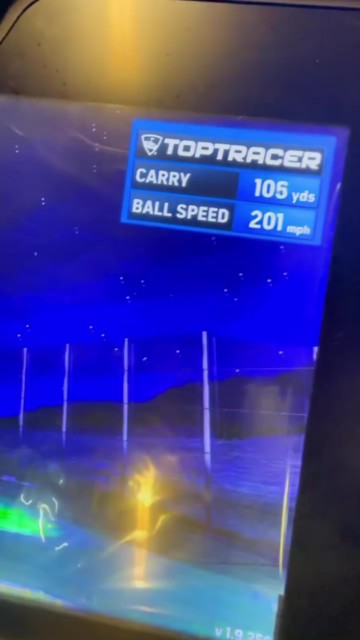 DeChambeau posted the video to TikTok, which has since been viewed more than 1.2million times, captioning it: “@topgolf we might need bigger nets.”

The American bad-boy casually launches the ball into orbit before turning away as if nothing had happened.

And a nonchalant Dechambeau simply responded: “Sorry about that.”

Meanwhile gawping fans were left in disbelief, as one wrote: “That’s insane.”

And another joked: “You’re gonna get in trouble for hitting it over the fence Bryson.”

DeChambeau, known as ‘The Mad Scientist,’ packed on 20kg of muscle in just nine months earlier this year in order to beef up his drives even more.

He went up from a size medium shirt to extra large after pumping iron in the gym.

And his efforts in the gym definitely paid off.

DeChambeau launched an incredible 417 YARD drive at Whistling Straits back in September and is the longest hitter on the PGA tour.

The Californian golfer splits opinion among fans, with some criticising him for his slow style of play.

One thing is for certain though, DeChambeau always provides plenty of entertainment.

Did you miss our previous article…
https://www.sportingexcitement.com/golf/golfs-european-tour-to-become-dp-world-tour-after-1billion-deal-with-dubai-company-to-hike-prize-money