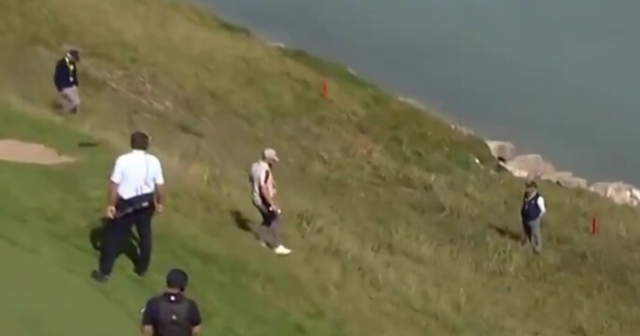 RYDER CUP star Tyrrell Hatton ruined a pair of £5,000 TROUSERS after slipping down a hill at Whistling Straits.

The English golfer, 29, took a tumble on Saturday afternoon as Europe tried to fightback against a dominant US team.

Tyrrell Hatton takes a tumble on the fourth!

Tyrrell Hatton makes his way down a hill at Whistling Straits 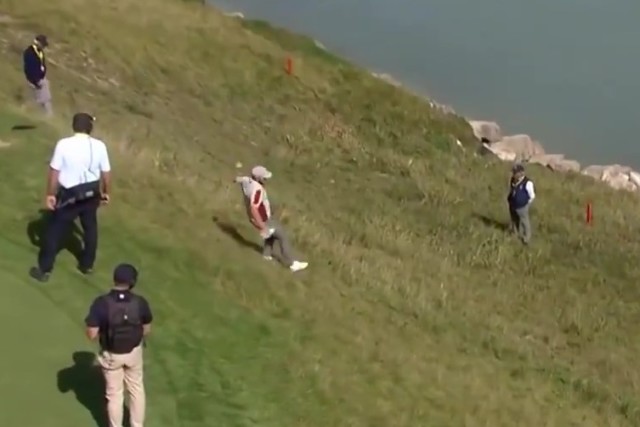 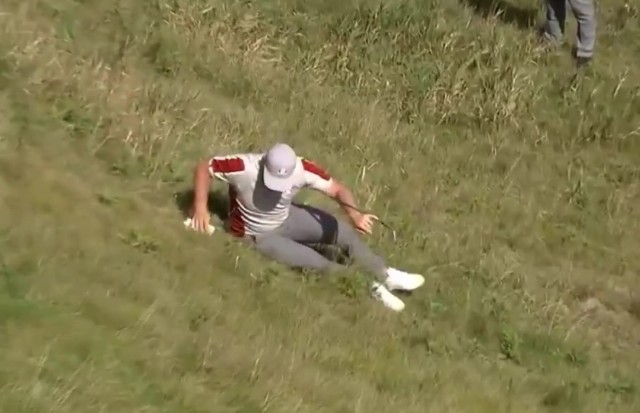 …and hits the deck 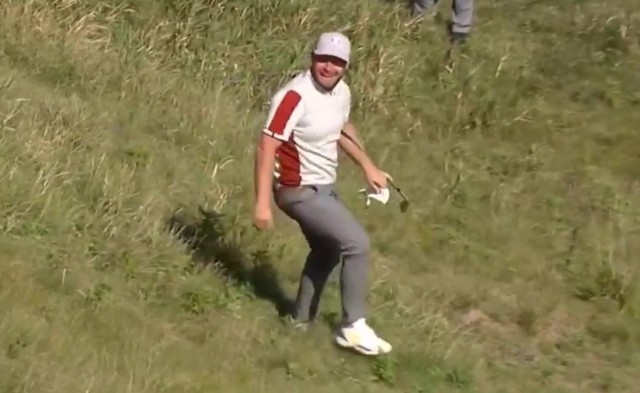 Thankfully Hatton saw the funny side of his tumble

During his afternoon fourballs match against Tony Finau and Harris English, Hatton slipped down a hill at the fourth hole.

And Paul McGinley, who captained the European team to victory in 2014, claimed Hatton’s trousers cost £5,000 on commentary.

McGinley may have just been joking but it’s likely Hatton will need to take his trousers to the dry cleaners next week.

The Englishman’s tumble, though, is the least of his worries after a difficult Ryder Cup campaign.

Europe are currently 11-5 down going into Sunday’s singles matches.

The defending champions need to win nine of the 12 games to retain the Ryder Cup – a near impossible task on US soil.

Europe clawed back a 10-6 deficit at Medinah in 2012 and that was viewed as a miracle by most golf fans.

Padraig Harrington’s team face an even greater challenge this year and will need Hatton to deliver on Sunday.

He has one-and-a-half points from his three games so far, teaming-up with Shane Lowry to beat Finau and English on Saturday.

Hatton’s singles opponent is former US PGA champ Justin Thomas, who was seen chugging a can of beer on Saturday afternoon.

The US team were inspired to take a commanding lead by Tiger Woods after the 15-time major champ sent them an encouraging text message. 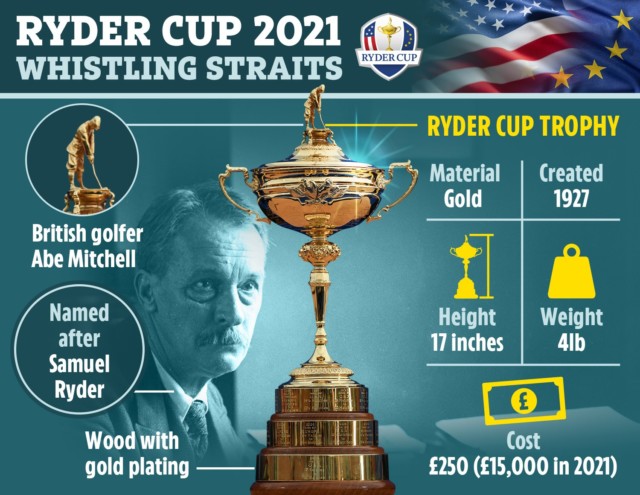