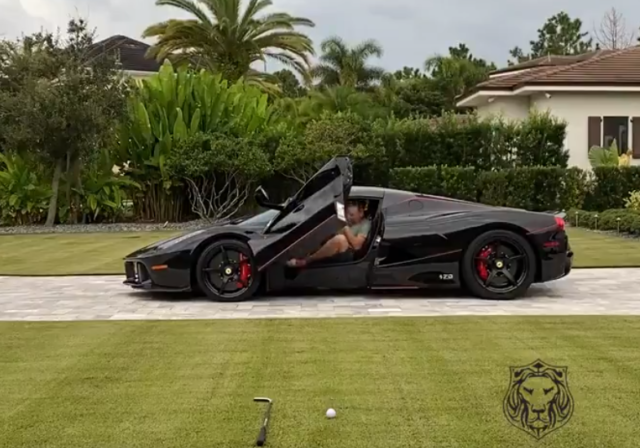 IAN POULTER got revved up to chip a golf ball through the tiny slither of a window on his £1MILLION LaFerarri Aperta.

The Ryder Cup hero posted a video to his 2.2 million Twitter followers showing his daredevil exploits. 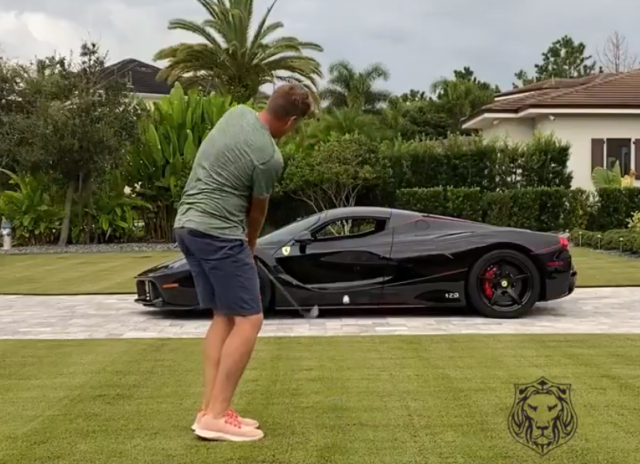 Englishman Poults, 44, at one point owned an amazing 12 Ferraris but dared not drive them because he saw them as investments.

But that philosophy looks to have gone out the window, with Poulter even willing to risk denting his most expensive one by chipping through it.

Fortunately, the mutli-millionaire world No 58 has lost none of his skill or nerve.

And the ball sailed through the small gap easily before Poults got in the motor – of which only around 200 were made – and drove off.

He tweeted: “How else would I practice playing with Ryder Cup pressure?”

The LaFerrari Aperta is thought to have a top speed of 218mph and boasts a mega 6.3 litre V12 engine and was made in celebration of Ferrari’s 70th anniversary.

When allowing YouTuber Shmee to have a nosy around his garage, Poulter spoke of how he came to own his sparkling set of wheels.

He remarked: “I was always a car man and I said to myself, ‘When I win my first tournament, I need to buy a Ferrari’.

“So when I won my third tournament, which was the Italian Open again, I knew it was time so I bought myself a 360 – and from that moment that love affair has grown.” 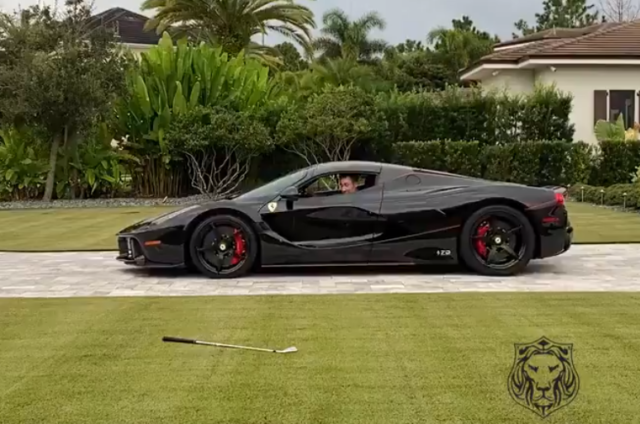 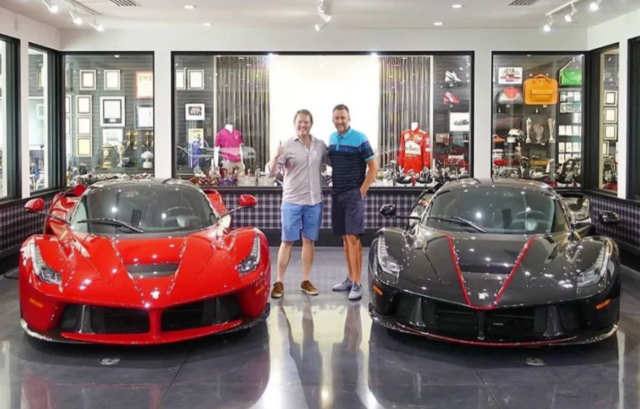 Poulter has two £1m LaFerraris in his amazing collection at home

Taking pride of place in Poulter’s home are TWO £1m LaFerrari cars, a black open-top Aperta edition – seen in this video – and a red coupe personalised with gatorskin interior features.

Also to be found in his Florida mansion are two Ford GTs, a Ferrari Enzo, Testarossa, 275 GTB and a 288 GTO, plus his own unique variations of the Italian supercar on his F12tdf and Speciale A.

And when he doesn’t feel like hitting the road for real he can hop in his F1 simulator, which he used to race in the eSports Virtual Grand Prix alongside some of the sport’s top stars