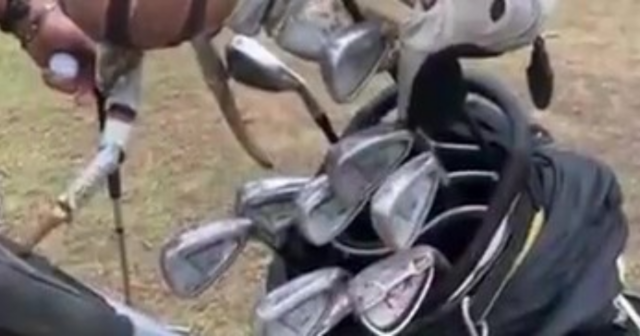 1500km west of the Australian mainland on Christmas Island, the giant intruder found its way on top of a golf cart with his claws on three clubs. 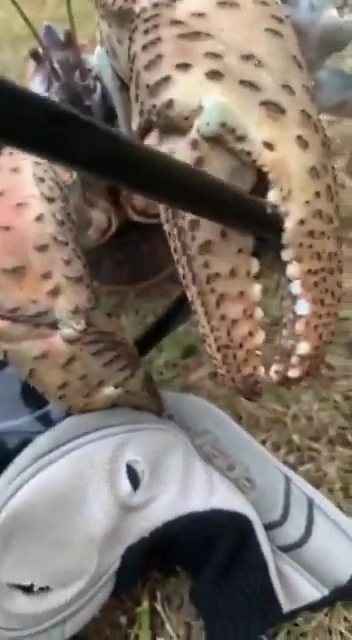 The crab wrestled with the owner and snapped his driver 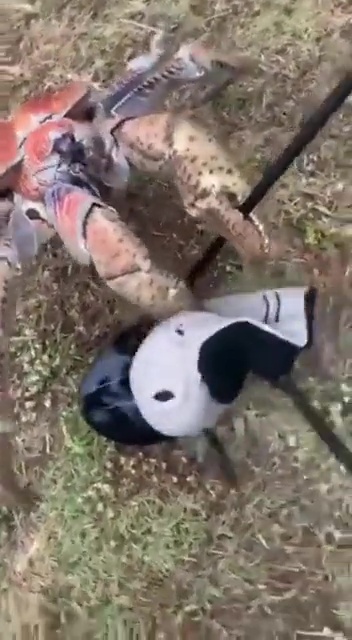 ‘Buster’ was determined to leave the altercation with a prize 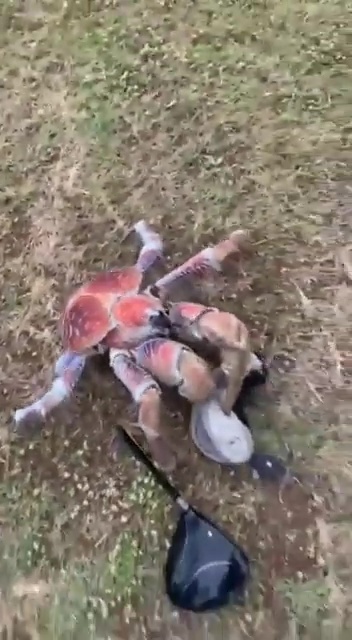 The golfers pleaded with ‘Buster’ to ‘be nice’, but the crab was adamant he was the new owner of the bag and its contents.

Local Paul Buhner, who filmed the video, explained: “And that’s why we call them a robber crab… we have not put this here, this has climbed up here while we’ve been putting out.

The greedy crab wasn’t too keen to let go of the driver, and to stop the owner from prizing it from his claws, he snapped the shaft – cutting through it ‘like a chainsaw’.

Buhner’s friend pleaded: “That’s not fair, I like that club.”

The crab remained unfazed and continued to wrestle for more golf equipment.

Buhner said: “He’s going to take that, we’re not getting that back.”

The viral video left Reddit users in shock with one former Coconut Island resident likening a swarm of robber crabs coming from the trees to a ‘horror scene’.

They replied: “They really like coming out after dusk and can be like a bit of a horror scene sometimes when you’re having a Barbie and a swarm of them start coming in from the trees.”

Another quipped: “Golf can make me crabby too.”

Did you miss our previous article…
https://www.sportingexcitement.com/golf/brooks-koepkas-stunning-fiancee-jena-sims-strips-naked-for-cheeky-instagram-post-to-celebrate-33rd-birthday