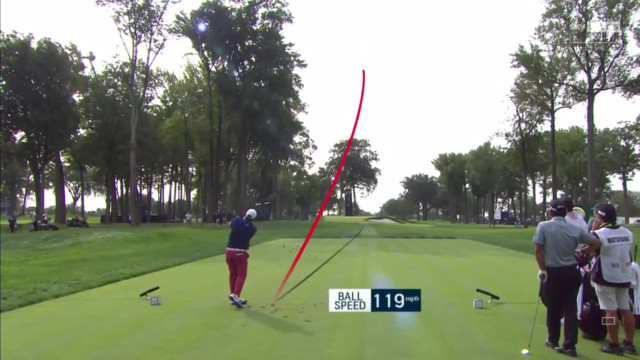 THIS is the amazing moment Patrick Reed made a stunning hole in one in the US Open – sending his mum wild.

The former Masters champion – nicknamed Captain America for his exploits in the Ryder Cup – saw his shot take one bounce and in during the first round at Winged Foot. 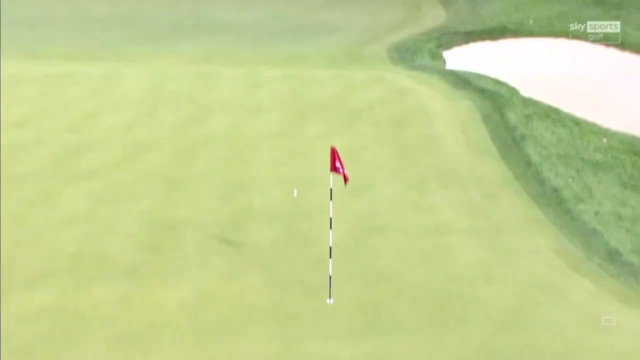 Cameras captured the ball flight from behind the tee and it was shown taking off slightly right before drawing back in beautifully.

The ball took one big hop on the green and then flew into the cup flush.

With no fans allowed on the course due to coronavirus restrictions there was a subdued response from Reed – who then nearly made another hole in one on the 215-yard 13th by hitting his tee shot to 2ft 2ins.

He birdied that and made a par on another par-3, meaning he had a one, two and three on the short holes at the famed course.

Reed tipped his hat jokingly after his ace and bumped fists with playing partners Jordan Spieth and Hideki Matsuyama.

But those watching at home were loving the shot – and no one more than Reed’s estranged mum Jeannette.

She replied to two tweets showing his ace with celebration emojis and the message “WTG” – an acronym of ‘way to go’. 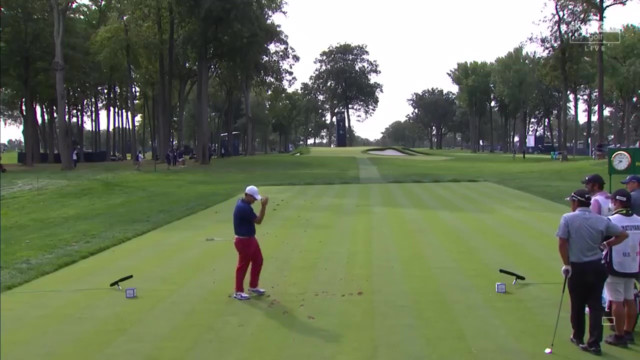 Reed cut all ties with his family owing to a long-standing feud, which even saw his sister label him a “selfish, horrible stranger” in a Facebook post.

Reports in America claimed Reed’s wife Justine – who once was his caddie – had Jeannette and husband Bill kicked out of the 2014 US Open.

Some fans joked about Reed’s perceived role as golf’s pantomime villain after his ace.

One quipped: “His playing partners looked pleased for him anyway.”

Another joked: “I’m assuming Matsuyama and Spieth don’t particularly like him.”

A fellow user said: “Couldn’t have happened to a nicer bloke.”