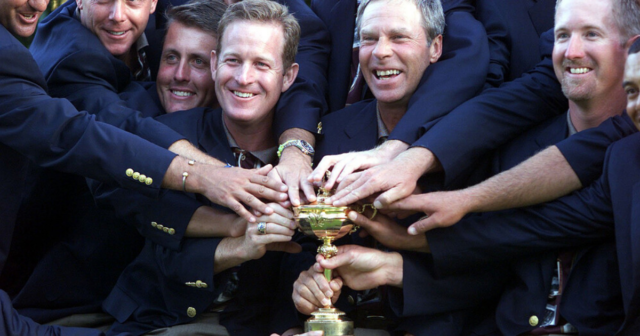 IT’S almost time for Europe and the USA to do battle in the Ryder Cup.

There will be no love lost at Whistling Straights this time round, with the Americans hoping to win the trophy back after defeat in 2018.

Delayed a year due to pandemic restrictions, the tournament will get underway on September 24.

What is the Ryder Cup made from?

Over the course of an exciting weekend of play, two teams representing the best of the USA and Europe compete to lift it on Sunday evening.

It was manufacture by Mappin & Webb, weighs four pounds and comes in at a 17 inches tall.

On top of the trophy is a figure, often mistaken to be Ryder himself.

It is thought to be 1920s golfing star Abe Mitchell, who was a friend and golfing instructor of Ryder later in his career.

The trophy given to the winning side is a replica, with the original kept behind lock and key at the PGA’s headquarters.

Who is Samuel Ryder?

The Ryder Cup was the brainchild of Samuel, who was an English businessman, entrepreneur, golf enthusiast and golf promoter.

Ryder was born at Walton-le-Dale near Preston in 1858.

He trained as a teacher at Owens College in Manchester but did not graduate due to ill health.

Ryder first worked at a shipping firm in Manchester, and then for his father whose business expanded to include a nursery, florist and seed merchant. 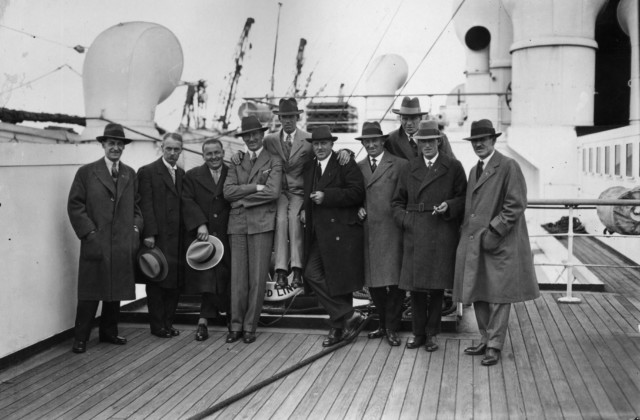 It wasn’t until he reached the age of 50 that he became keen on golf and, together with his brother James, started sponsoring a number of local golf tournaments and matches.

In early 1926 came the idea for a match between British and American professional golfers, with Ryder becoming involved and sponsoring the event.

The rest is history.