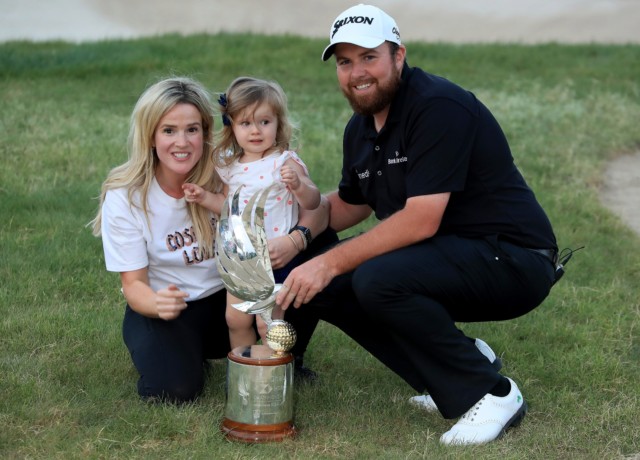 SHANE LOWRY will be in action at the US Open this week.

And he will be cheered on by wife Wendy Honner at Torrey Pines.

Who is Wendy Honner?

She is a nurse but also travels the world following her man in tournaments.

Wendy met Shane on a “random night out” in 2012 and the pair have been together since.

When did Shane Lowry and Wendy Honner get married?

The couple got married in New York in April 2016. The city holds a special place in their heart after they enjoyed a special holiday there the June before.

They got married the week after The Masters, the first Major of the year that is played in Augusta, Georgia.

And it was a low key affair.

Lowry told the Irish Independent: “The guest list [was spiralling] and I get stressed very easily, so we decided the big white wedding at home was not what we wanted.”

Shane proposed on a beach in Dubai in December 2014.

Wendy gave birth to their daughter Iris in March 2017.

Both Wendy and Iris were present in Abu Dhabi as Lowry won the HSBC Golf Championship in January this year.

Iris was seen holding her dad’s hand as he made his way to the course for the third round of The Open.