Who is The Open star Viktor Hovland? The history making Norwegian star
Advertisement 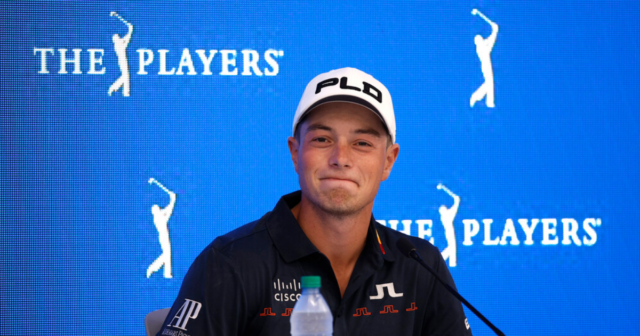 UNORTHODOX swinger Viktor Hovland is one of the surprising golf stories to come out of the pandemic.

The Norwegian youngster secured TWO PGA Tour triumphs during his first year as a professional.

And he spearheads the wave of new golfers who are currently learning the rules of the game courtesy of YouTube which explains his different playing style to others on the grass.

Find out more on his background here…

Who is Viktor Hovland?

Born on 18 September, 1997, Viktor Hovland was raised as an only child by mother Galina Hovland and father Harald Hovland.

Hovland, 25, lived in Norway where his mother to care of him whilst his father worked for a private firm.

But the family would eventually relocate to Oklahoma, America for Viktor to pursue a better life.

And this is where the Norwegian would be introduced to golf by his father at the age of 11.

What has Viktor Hovland won?

Hovland attended Oklahoma State University and was awarded an Athletic scholarship for excelling in his major.

Particularly when he was crowned champion of the Norwegian Amateur Golf Championships in 2014.

Hovland won the Mayokoba tournament in Mexico two years ago 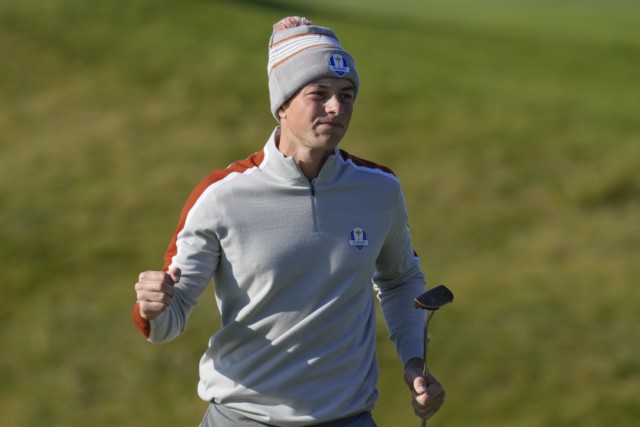 Hovland then had Ryder Cup success in 2021

Four years later, the talented youngster became the FIRST Norwegian to secure the Amateur U.S. Open – earning himself invitations into the 2019 Masters Tournament, the 2019 U.S Open and the 2019 Open Championships.

Despite finishing three under par in a tie for 32nd at the 2019 Masters Open, his performance rose him to number one in the World Amateur Golf Ranking.

And he became the first player to win low amateur honours at both the Masters and U.S Open in the same season since Matt Kuchar in 1998.

However, in 2020, Hovland became the first Norwegian to win on the PGA Tour when he won the Puerto Rico open – followed by his second triumph at a full-strength PGA Tour tournament at the Mayakoba Golf Classic courtesy of a 72nd hole birdie. 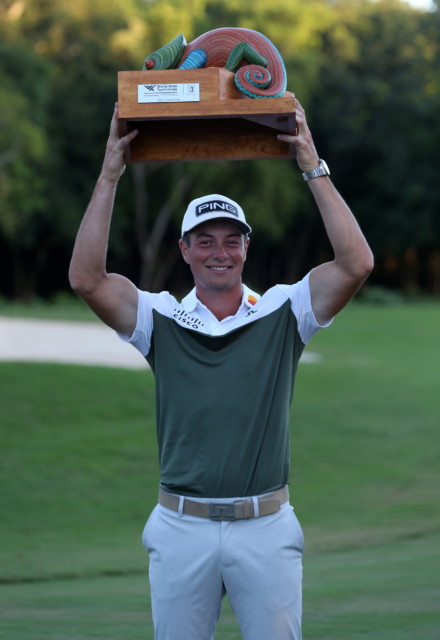 Hovland, 25, retained the Mayokoba tournament later on in 2021

Since then, Viktor has gone on to win the Europeann Tour, BMW International Open, the Slync.io Dubai Desert Classic and the Hero World Challenge where he was nicknamed “Resort King” as his first five professional wins were outside of the United States.

What has been said about Viktor Hovland?

Bratton said: “I love his honesty – and get the confidence to be honest. To say ‘I suck at chipping’? No tour player will make himself that vulnerable.

“The first European Tour event Viktor played in, he did that double-pump, top-of-the-backswing thing he does in a real round.

“My phone blew up with people sending me clips of it, so I called him and said, ‘What are you doing? When did you start that?’ He said ‘This morning’.

Did you miss our previous article…
https://www.sportingexcitement.com/golf/who-is-open-2022-star-scottie-schefflers-wife-meredith-scudder/