Who is Xander Schauffele’s wife Maya Lowe, how long has Open star been with her, how many Majors has he won?
Advertisement 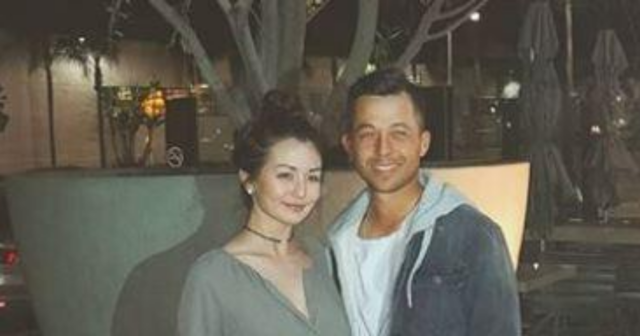 XANDER SCHAUFFELE is back in Major action THIS WEEK as he takes to the greens at The Open.

And partner Maya Lowe will be cheering him on in Scotland.

The couple have been together since 2014

Who is Maya Lowe?

The 28-year-old speaks Japanese fluently and the pair have been dating since 2014 but they officially tied the knot in July 2021.

She is often seen at tournaments with her boyfriend and caddied for him in the par-3 contest at Augusta last year.

Lowe is currently studying for a Masters degree

What tournaments has Xander Schauffele won?

Schauffele turned professional in 2015 and has four PGA tour wins to his name.

He claimed the Greenbrier Classic and Tour Championship titles in 2017, before adding the WGC-HSBC Champions trophy to his collection in October 2018.

The American kicked off 2019 with victory at Sentry Tournament of Champions, beating Gary Woodland by one shot.

He has top ten finishes in all four Majors, but is yet to win one after finishing T2 at the 2019 Masters.

Schauffele has a total of $21,513,319 in career earnings according to the PGA website.

Did you miss our previous article…
https://www.sportingexcitement.com/golf/who-is-open-star-kevin-chappells-wife-elizabeth-where-did-they-meet-and-how-many-children-do-they-have/

Advertisement. Scroll to continue reading.
In this article:theopen, thisweek, xanderschauffele