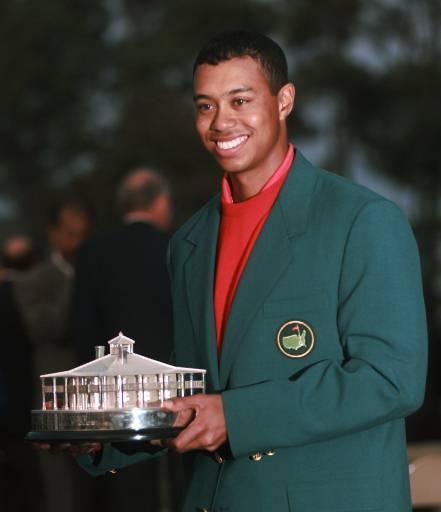 THE Masters at Augusta each year is one of the most brilliant spectacles in golf, if not the world of sport.

Glorious sunshine, glistening fairways, some fantastic golf and of course the time-honoured tradition of the Georgia club.

For when the victorious player wins the prestigious tournament, then comes one of the most recognisable winning ceremonies.

The passing over of the green jacket from the previous year’s champ to this one in a quiet room is eagerly-awaited – but why does it happen? Here is all you need to know…

Where did the green jacket at Augusta come from?

Slipping on the green jacket is the pinnacle moment for any winner of the tournament, but its story has an interesting past.

That is down to co-founder of Augusta Bobby Jones, an Atlanta-born lawyer by trade, attending a dinner at the Royal Liverpool golf club in Hoylake, where captains all wore red jackets to stand out from the crowd.

When Augusta was founded in 1933, members of the club in that decade wore green jackets during the tournament so that fans in attendance could easily recognise them if a fan needed to ask questions.

Thousands of patrons watch on in Augusta National

Members were not initially enthusiastic about wearing the warm, green coat and eventually a lightweight, made-to-order Jacket was made available.

The green jacket was publicly debuted in 1937, and it became the symbol of membership in the ultra-exclusive Augusta National.

In 1949, the idea of the winners of the tournament to wear one and keep it for life was accepted, with winners all also becoming members of the Champions Club at Augusta. 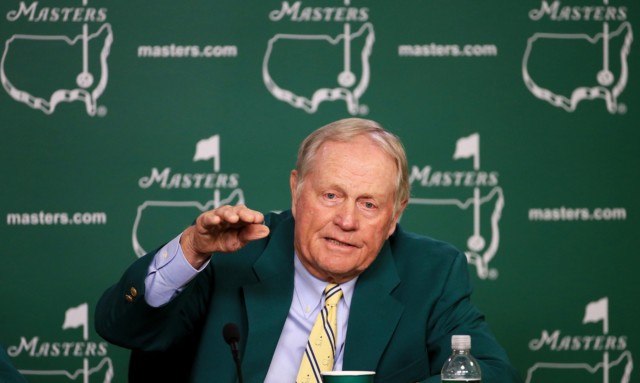 And of course, it means if they win the tournament, they don’t have to qualify and can play automatically for the rest of their career.

The winner of the 1949 Masters was Sam Snead, so he became the first golfer to win one – but at that time, the club also had jackets made for each of the previous winners of the competition.

What is the current green jacket tradition?

The previous year’s champion then slips the green jacket onto the new winner. 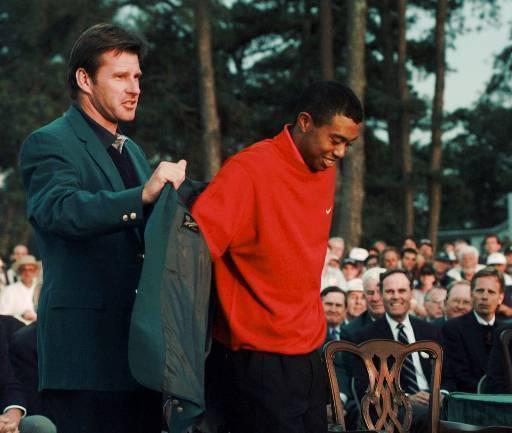 Previous winner Nick Faldo helps Woods with the jacket in 1997

If a golfer wins it two years in a row, and of course he cannot present himself with the jacket, the Augusta National chairman slips the jacket onto the winner.

That jacket is one that tournament officials have retrieved from the locker room, guessing what will fit the new winner best.

Later, the champion is measured and a jacket custom version is tailor-made for specially him.

Who has won the most green jackets/Masters tournaments?

Legendary American golfer Jack Nicklaus leads the way with six between 1963 and 1986 – the next close being five from Tiger Woods.

The likes of Sam Snead, South African Gary Player, British champ Nick Faldo and Phil Mickleson have all won it three times each.

And the ones to win it twice include Tom Watson, the much missed Seve Ballesteros, Bernhard Langer, Jose Maria Olazabal  and Bubba Watson.