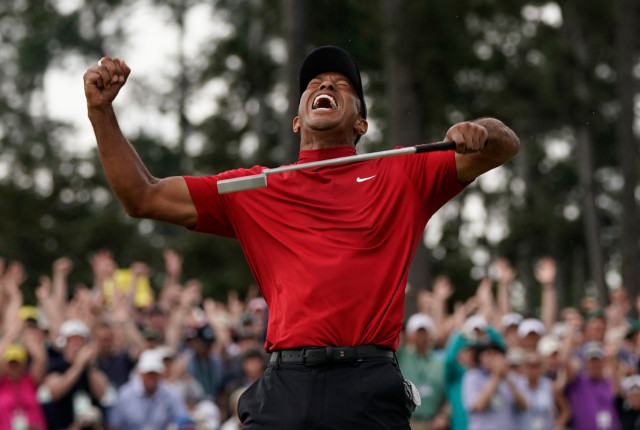 TIGER WOODS is recovering from surgery after a horrific accident while driving an SUV in Los Angeles.

On Tuesday, Woods had been driving to a television shoot in Rancho Palos Verdes, Los Angeles at 7am local time when his 4×4 crashed into the downhill verge of a highway.

Tiger Woods’ most famous moments, including his 2019 Masters win, may never be seen again

But the 15-time major winner’s career was in the balance before the crash.

And as the dust settles on this latest dramatic episode in Woods’ life, questions are being asked as to whether the 45-year-old will hang up his putter.

It is unlikely we will ever see Tiger Woods at a major following his accident in Los Angeles.

Surgeons completed a lengthy operation on Woods’ leg, after he had multiple open fractures in the limb.

A rod and several screws and pins have been inserted, while his ankle was also shattered.

Woods has been suffering from back problems for a decade and he had undergone back surgery at the start of the year.

He admitted he was facing an uphill battle to even be fit for the Masters before his crash.