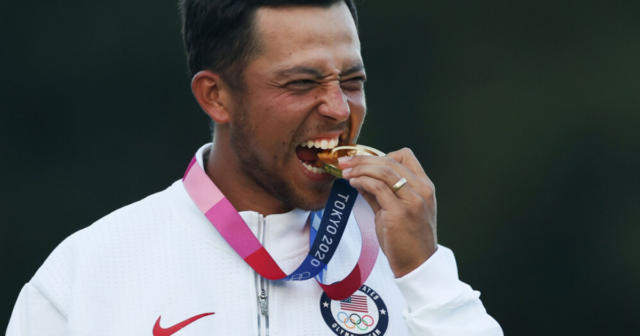 RORY made a sensational charge to try to snatch the gold medal from Xander Schauffele’s grasp in Tokyo – but it was the ‘wrong’ Rory!

Rory Sabbatini shot a stunning final round 61 – two shots lower than the previous Olympic record – to vault from nowhere into contention.

But had to settle for silver as third round leader Schauffele made a brilliant up and down from 98 yards for par at the final hole to win by a shot.

The ‘other’ Rory – McIlroy – found himself in a SEVEN-man play-off for bronze, along with Ryder Cup team-mate Paul Casey, after they finished three shots behind American ace Schauffele.

But that prize was claimed by CT Pan of Chinese Tapei, another man who burst out of the pack, thanks to a closing 63.

Casey was in the final group alongside Schauffele and Masters champion Hideki Matsuyama, another player who missed out in the bronze medal play-off.

It looked good for the Team GB golfer at first, as he was one of the few men who rose to the challenge as Schauffele extended his one shot lead with four birdies in the first eight holes.

Casey, who started two back, kept his hopes alive with three early birdies, while McIlroy sandwiched a bogey on seven with four birdies, and he was also well placed heading into the back nine.

It was left to Sabbatini to provide the final round fireworks.

Sabbitini switched nationalities from South Africa to Slovakian two years ago – he is married to a Slovakian – to make it easier to earn an Olympic spot.

And that moved off thanks to a remarkable final round that included an eagle, ten birdies, and a couple of bogeys.

Shauffele wobbled briefly with a bogey on the par five 14th, where he had to take a penalty shot after a wild drive flew into the trees.

But a birdie on 17 and that terrific par save at the last meant he was a worthy Olympic champion.

An elated Schauffele, whose grandparents live in Tokyo, said: “I really wanted to win for my dad. I am sure he is crying somewhere right now.

“I kind of wanted this one more than any other.

“You are trying to represent your country to the best of your ability and then you add family stuff on top of that.

“I’m probably going to have a nice call with my grandparents tonight.

“Everyone is back home watching. I was feeling the love from San Diego and Las Vegas this whole time.

McIlroy commented: “It’s disappointing to leave without any hardware – I’ve never tried so hard to finish third in my entire life!

“But this has given me a real appetite for the Olympics, and I can’t wait for Paris in three years’ time.”

Casey was already a huge fan of the Games, and he commented: “I’ve loved being part of all this. All week we’ve witnessed so much triumph, and so much heartache, and now I know what it’s like to be on the receiving end.

”But it’s been a brilliant experience. I came here thinking this may be my only chance now I’m 44, but I will be doing everything possible to qualify for Paris as well.” 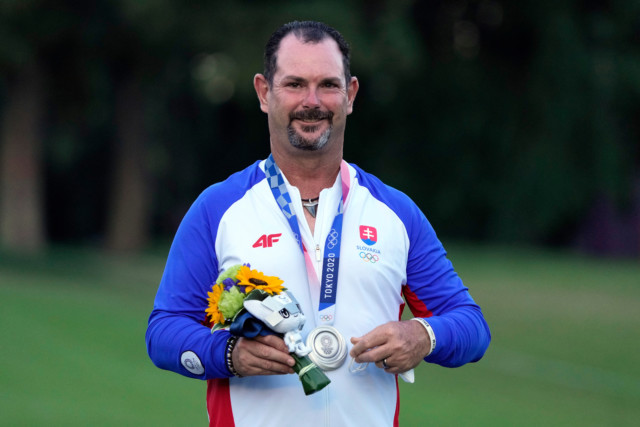 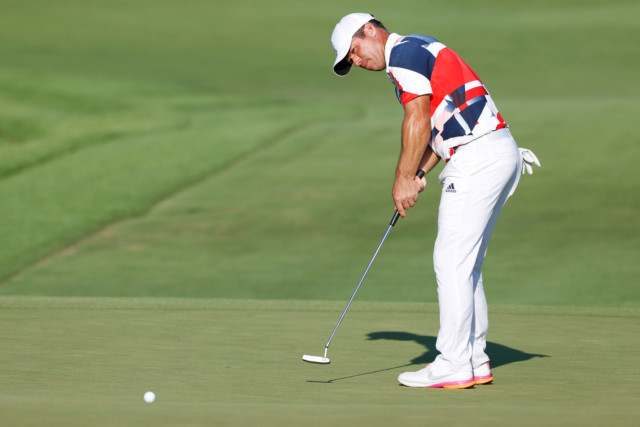 Casey missed out in the bronze play off

Did you miss our previous article…
https://www.sportingexcitement.com/golf/tiger-woods-still-using-crutches-six-months-on-from-horror-car-crash