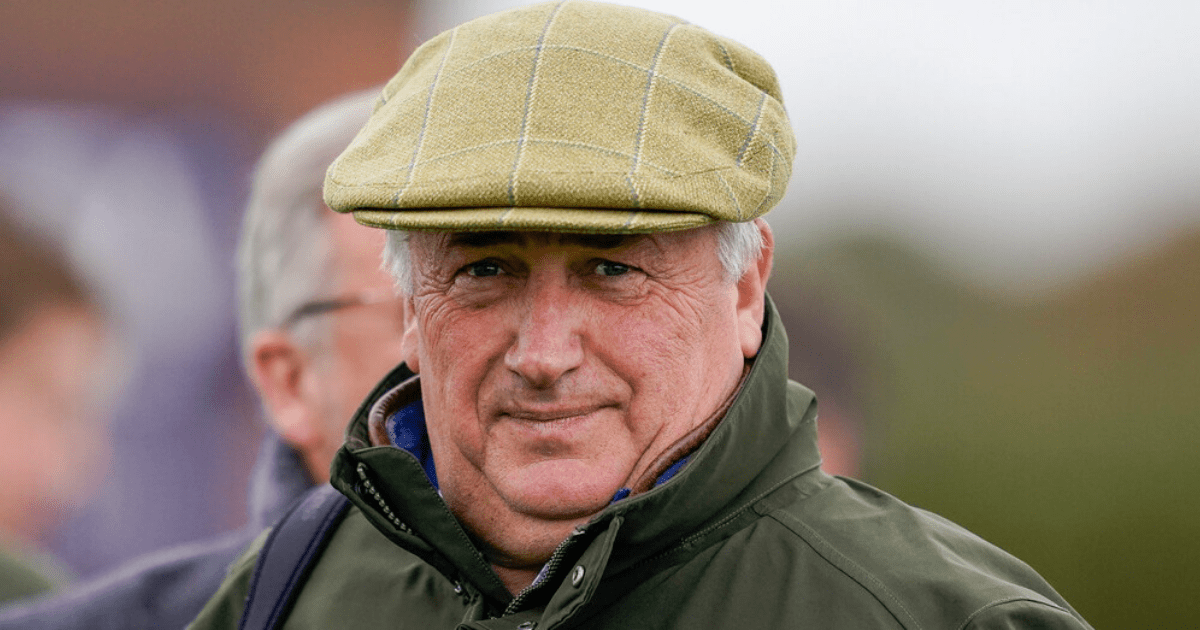 Elliott accused British trainers of ‘ducking and diving’ their way through the season – but Nicholls dismissed that as ‘a load of b******s’.

Elliott accused British trainers of ducking and diving through the season

Speaking to the Racing Post, Elliott said that the chances of British horses at the Cheltenham Festival are compromised because of the way they are campaigned through the season.

There are fewer races and fewer opportunities for top horses in Ireland meaning they have to take each other on during the winter – with some suggesting this makes them ‘battle-hardened’ when the Festival rolls around in March.

The results on the track seem to back up this theory, with 41 of the last 56 winners at the Cheltenham Festival trained in Ireland.

And recent issues in the UK have been made worse by a lack of rain and dry ground conditions, which has led to small fields in a lot of big races.

Elliott was scathing in his criticism and said: “A lot of the problems [with British racing] they have brought upon themselves.

“If you go to a maiden hurdle in Clonmel on a Thursday, you could be taking on a Grade 1 horse. In England, I think they dilute it too much.

“It was good to see Nicky’s [Henderson] two horses [Constitution Hill and Epatante] taking each other on the other day.

“But that doesn’t happen in England too often because they can duck and dive each other the whole time.

“We know when we go to the big races that we’ve got the best horses because you have to take each other on.

“If you have two different owners in the yard, we have to take them on and you find out who the best horse is.”

That prompted an angry response from Nicholls, 60, who has never been one to mince his words.

He slammed Elliott at a Jockey Club press conference, saying: “I thought it was a load of b******s, we run our horses where we think it’s best for them.

“We’re not frightened of anyone, we’re not ducking and diving and trying to avoid running against each other.

But just moments later, Nicholls was forced to defend his decision to target a race at Ascot in two weeks’ time with Monmiral rather than take on Jonbon at Sandown this weekend.

“I’m not sure I want to take on Jonbon on good ground as he looked like he had so much speed at Warwick.

“On softer ground that would not be as much of a concern, but it looks like it’s going to be a dry week at Sandown.

“We might go to Ascot for the Noel Novices’ Chase in a couple of weeks, but we’ll see. At the moment I’m open minded about it.”

Did you miss our previous article…
https://www.sportingexcitement.com/horse-racing/top-trainer-milton-harris-recovering-from-life-threatening-clot-on-lungs-after-being-rushed-to-hospital-in-thailand/