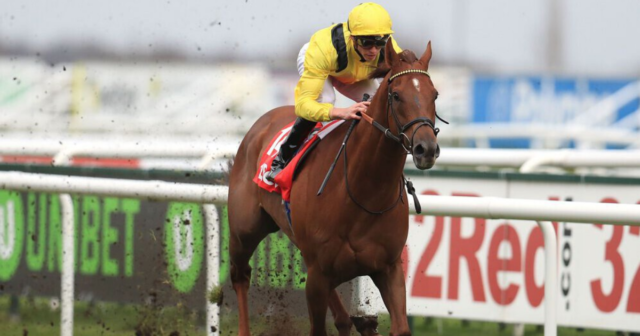 WILLIAM HAGGAS will serve up a midweek treat for punters with Addeybb set to run at Goodwood on Wednesday.

His Group 1 hero needs a blowout before defending his crown in the Champion Stakes at Ascot next month.

Addeybb has won over £3.5 million during his globetrotting career

And after the Newmarket handler was forced to abort a trip to Ayr on Saturday for the Doonside Cup, Addeybb will use the Downs for his prep in the Listed Foundation Stakes over ten furlongs.

Haggas said: “We wanted to run this weekend at Ayr as he won up there last year before Ascot but there just wasn’t any rain around.

“We couldn’t take him all the way up there for that so we’ve got him in at Goodwood on Wednesday instead.

“He needs a run so this makes sense and hopefully they got some rain over the weekend. After that fingers-crossed it’s Ascot again.”

He’ll be joined on Champions Day by the unbeaten Baaeed who is likely to run in the QEII over a mile, with a potential clash with Palace Pier in the offing as long as the ground stays good.

Haggas added: “Baaeed is well and on course for Ascot so long as it’s not bottomless. We might have to think again if that was the case.”

Fellow stablemate Alenquer is firmly on course for the l‘Arc de Triomphe.

He was cut into 20-1 for the end of season showpiece after Yibir – who he beat earlier this season at Sandown – won a Grade 1 in America over the weekend.