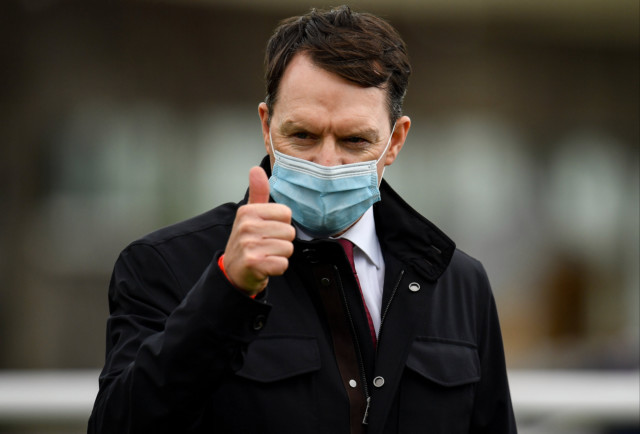 AIDAN O’BRIEN’S Derby squad will become a lot clearer at the end of this week.

His colts may have come up short in the 2000 Guineas – but on paper he looks to have a strong hand for Epsom.

O’Brien has won the Derby at Epsom eight times

Sir Lamorak – currently 16-1 for the Cazoo Derby on June 5 – has been declared for the Chester Vase this Wednesday.

While current favourite for the Derby, High Definition, is in line to run in Lingfield’s Derby Trial this Saturday.

High Definition is currently as short as 5-2 with William Hill to land O’Brien his ninth win in the Epsom Classic.

Anthony Van Dyck in 2019 was the last horse to win at Lingfield before going on to strike at Epsom.

O’Brien said of High Definition: “He needs to start and with all the trials we’re just trying to split them up.

“He’s a baby and we’re worried about Lingfield, but we have to learn.

“What’s different about him is his stride is half a stride longer than everything else.

Meanwhile Sir Lamorak will be joined by stablemates Sandhurst and San Martino in the Chester Vase – a race O’Brien has dominated in recent years, winning seven of the last nine.

Ruler Of The World won the race in 2013 before winning the big one at Epsom and 2017 Derby hero Wings Of Eagles was second at Chester.

Sir Lamorak is 11-8 with Coral to win Wednesday’s Group 3 at Chester.