Amazing one-eyed horse of Grand National-winning trainer Henry de Bromhead can be £45,000 star of day one at Doncaster
Advertisement 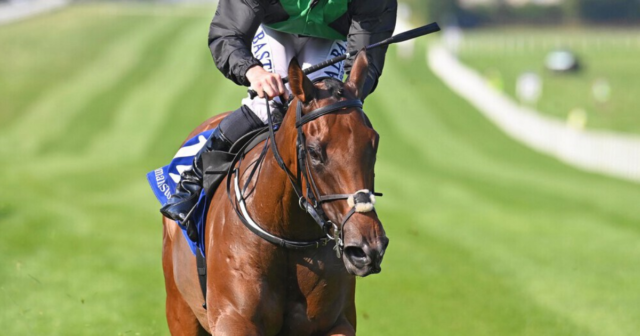 A ONE-EYED horse trained by Grand National winner Henry de Bromhead can be the £45,000 star of day one at Doncaster.

The prestigious St Leger festival kicks off today with a mouthwatering card of races.

But by far the most intriguing runner is Wren’s Breath, a rare entry on the Flat for the king of Cheltenham.

De Bromhead dominated the biggest National Hunt meetings last year, having the first two home in the Grand National and winning the Gold Cup at Cheltenham.

He also claimed the Champion Chase and Champion Hurdle at the March meet.

But he has been having a sneaky amount of success on the Flat too, from his limited runners.

Lismore was a 14-1 winner in a Group 3 over two miles at Sandown last May.

De Bromhead’s other Flat runner in Britain this season was Flirting Bridge, who ran respectfully at Ascot at giant odds of 50-1.

Neither are as fascinating as Wren’s Breath though, a three-year-old filly who can only see out of one eye.

She was second on debut at Navan in July, beaten just a neck by 9-2 Stag Night, the two of them drawing five lengths clear of third, 100-30 favourite Spilt Passion.

But it was her next start that really, erm, caught the eye.

Miles behind and seemingly out of it with two furlongs to go, commentator Jerry Hannon said she was in an ‘impossible’ position.

But she absolutely motored up the stiff finish over 6f at Naas to claim the Listed contest – and jockey Gary Carroll had a job to stop her running after the post.

Both runs came on good ground and suggest the flatter finish over 7f at Donny should be no problem.

The only issue? Her spatial awareness.

Carroll – who is replaced by Hollie Doyle in the saddle today – said after the Naas win: “She’s a filly that is blind in one eye – and when I was behind horses, till half-way, I wasn’t going anywhere.

“I’d say her spatial awareness is not great. But when I got out and got a bit of daylight she picked up very well and got to the line strong.”

Her main opposition comes in the shape of early 7-2 favourite Highfield Princess – who carries 4lb more – under Jason Hart. 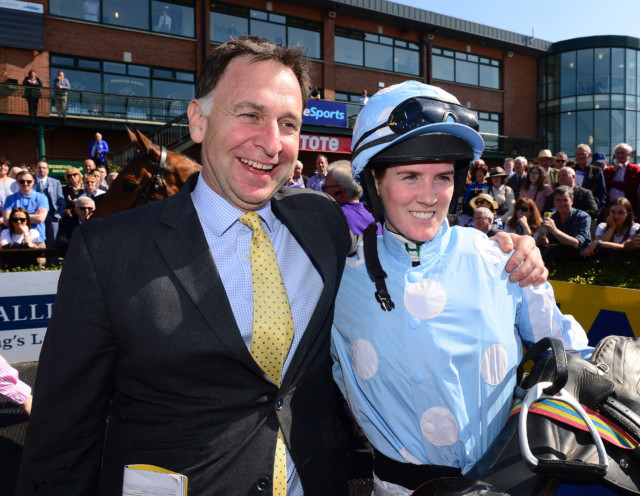