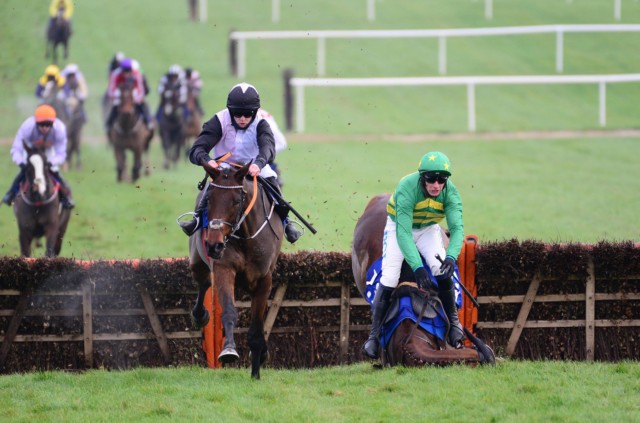 THESE amazing photos capture in full a crunching fall at Thurles – which both jockey and horse miraculously escaped unhurt.

Jockey Paul Townend and his mount Gjoumi came crashing to earth after a blunder at the last. 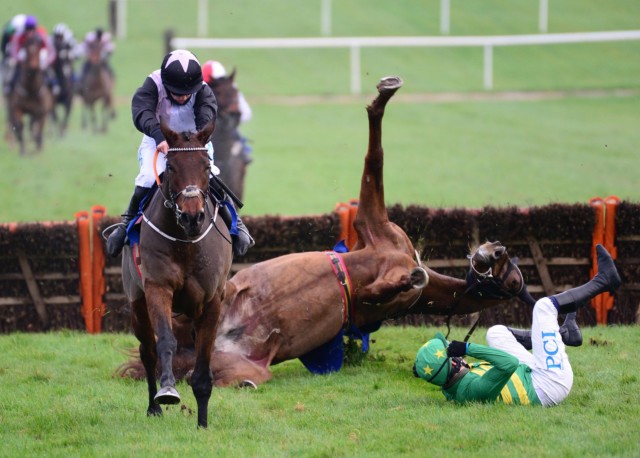 The Willie Mullins-trained horse, which started as 11-10 second favourite, looked to be just running out of steam under the challenge of Rachael Blackmore’s Gua Du Large.

And as the favourite pressed forward, a misstep from Gjoumi saw it come crashing down.

With their velocity carrying them on, Gjoumi’s hind legs went skywards and the horse somersaulted forwards.

Luckily, two-time Gold Cup winner jockey Townend, 30, was immediately back on his feet.

In fact, he won the very next race at the Irish track just 30 minutes later on Gauloise.

And RacingTV reported after the incident that Gjoumi was OK as well.

Jockeys risk life and limb every time they ride and punters know all too well the dangers involved. 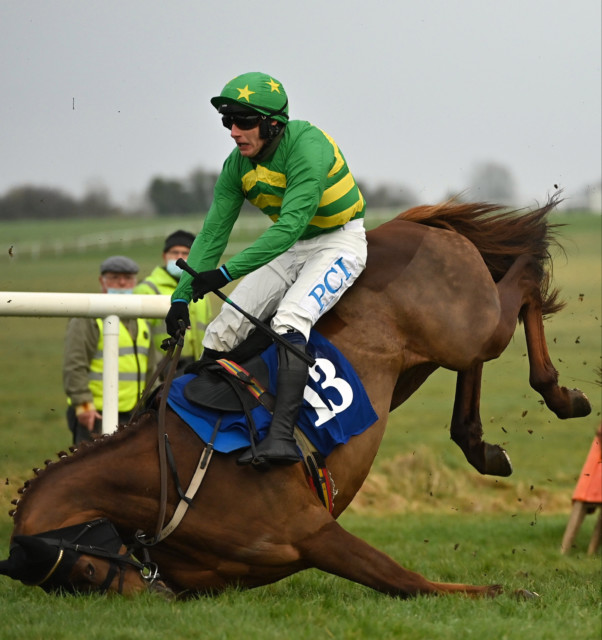 These amazing photos captured the fall in full 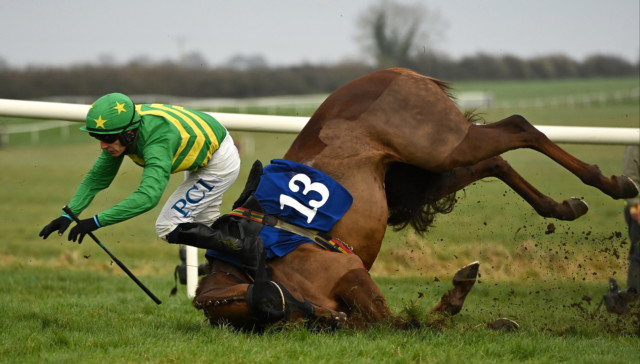 Earlier this week, jockey Eoin Walsh was rushed to hospital with a broken back after a horror fall at Chelmsford.

Walsh went crashing to the ground as Ryan Tate also somersaulted through the air after being brought down on 200-1 chance Norwegian Red.

Tate was said to be ‘shaken’ after the fall but OK – while Walsh faces three months out while he recovers.

Jumps jockey Henry Brooke recently revealed how he came inches from being paralysed after a fall.

And Charlie Deutsch recently showed off a nasty black eye he picked up after a nightmare pile-up between three jockeys at Bangor.

Advertisement. Scroll to continue reading.
In this article:Chelmsford, Thurles