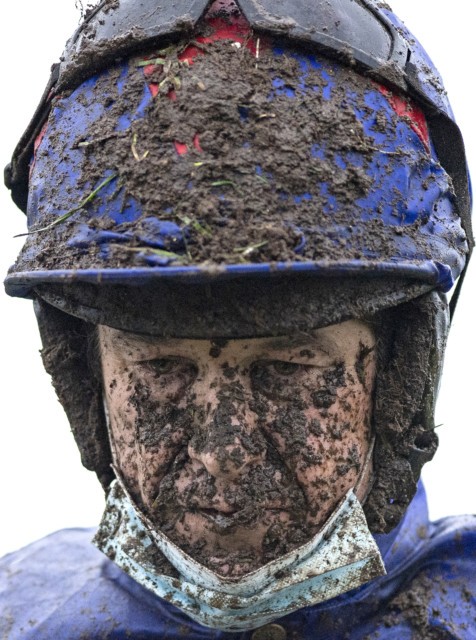 THESE amazing photos show jockeys battle mud in their eyes as part of the brutal world of winter racing brought on by Storm Christoph.

Everyone knows jockeys are tough as old boots. 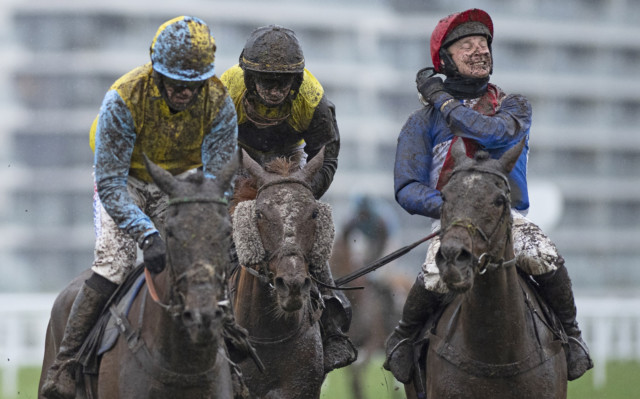 You have to be to risk life and limb every time you ride out at breakneck speed on a half-ton animal.

The elation of winning the Gold Cup and Grand National no doubt make it all worthwhile.

But that must seem a million miles away when slogging through the mud at Chepstow on a Wednesday afternoon in January.

And most sports fans thought a cold, rainy night in Stoke was hard enough…

But these incredible snaps show how unglamorous it can be – just look at Robbie Dunne at Newbury earlier this week.

A stunning photo showed his face absolutely plastered in mud, even going into his eyes.

The coronavirus mask he wore was also coated, with barely an inch of his face free from muck.

Lorcan Williams, Kevin Brogan and Matt Griffiths were similarly covered in the same race, which was clearly run in conditions resembling a bog. 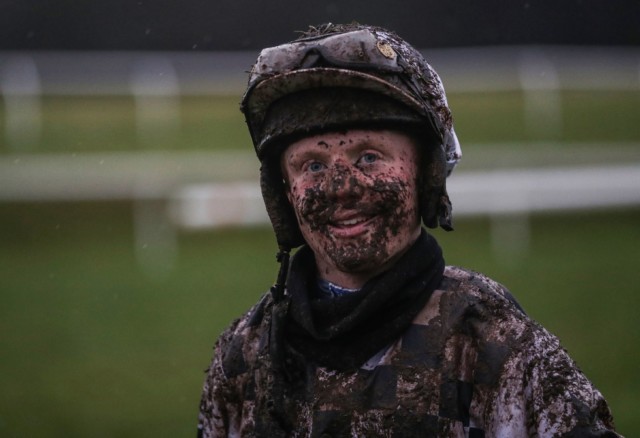 Jockey Buckley laps up the mud during racing at Chepstow 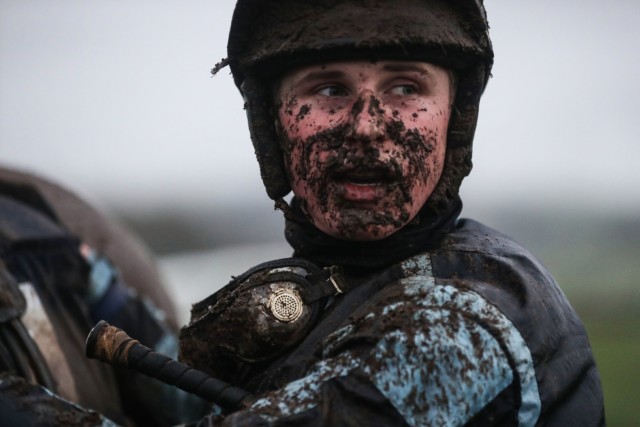 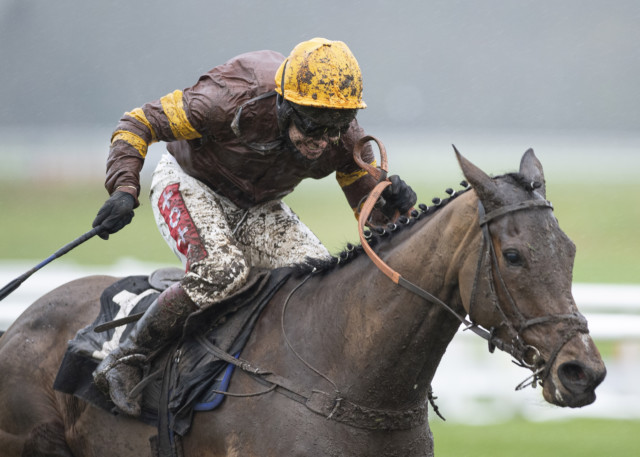 It wasn’t all bad though.

Tom Buckley managed to raise a smile at Chepstow despite looking like he had just exited a mud bath.

While Fergus Gregory at least managed to keep his eyes free from dirt during one race at the Welsh track.

Rains up and down the country as well as the effects of Storm Christoph have caused havoc with racing. 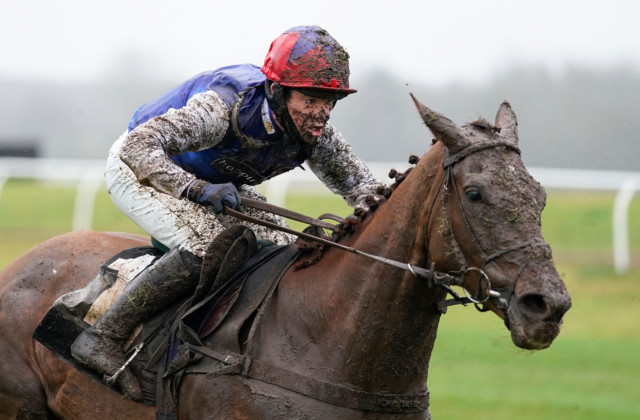 The eyes have it for jockey Dunne at Newbury 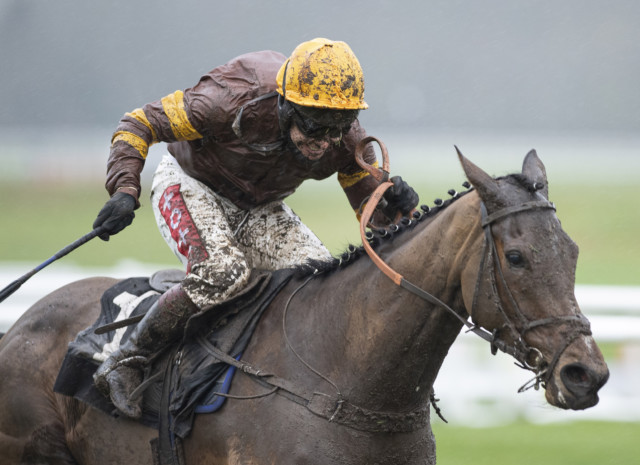 Several meetings have been abandoned and the whipping winds have made conditions treacherous oncourse – even on all weather tracks.

Jerry McGrath was rushed to hospital following a fall at Lingfield on Monday.

The 29-year-old jockey could need further surgery after having operations on his hip and shoulder.