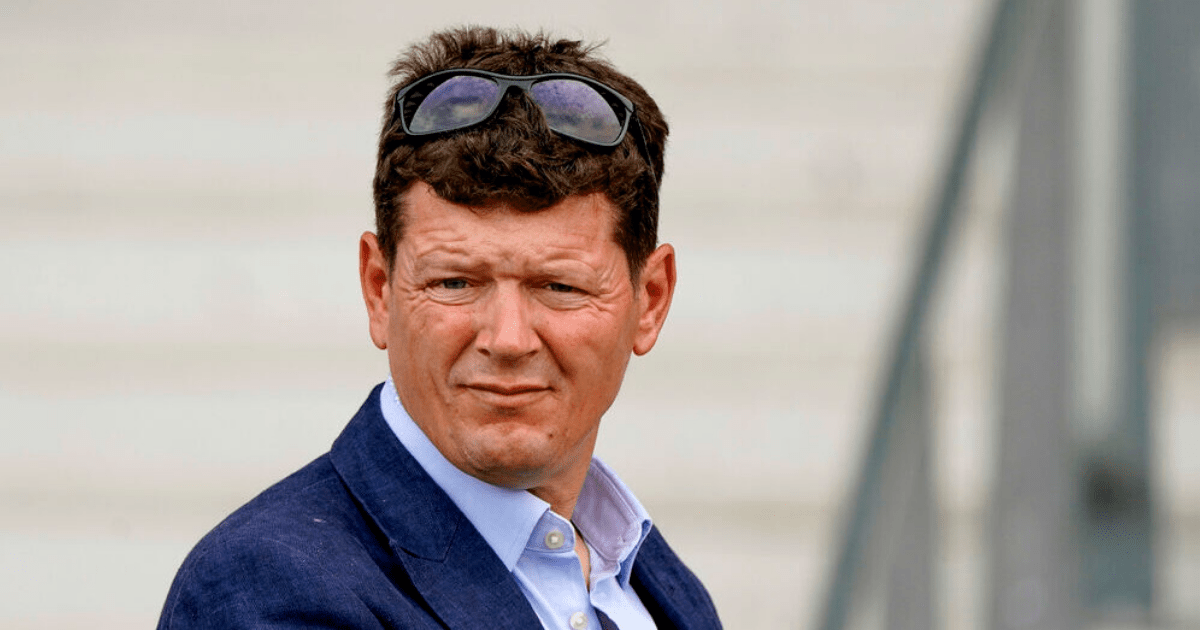 The case has only just concluded into the positive test returned by Coltrane after his victory at Newmarket in August 2020.

Coltrane is one of Balding’s top performers on the track

Banned substances morphine and codeine were found in the horse’s system, with Balding ‘bewildered’ as to how they got there.

Balding has not received a penalty for the findings of a post-race urine sample.

And he has been informed there was a ‘high chance’ the positive test came as a result of the ‘ingestion of a botanical substance’.

A backlog into cases brought about by Covid has meant the case and its finding took two years to be heard.

Coltrane, a Royal Ascot winner earlier this year, was forced to give up the £6,700 first-place prize for winning the 1m6f Class 3 contest.

The Gary Moore-trained Quloob was named winner in his place.

A statement from the British Horseracing Authority explained their ‘regret’ over how long it took to conclude the case.

The statement read: “As has been stated previously by the BHA, delays such as those in bringing this case to a close are regrettable and we are grateful for the cooperation of Mr Balding in reaching this conclusion.

“This case required a great deal of work to investigate thoroughly, including liaising with the external LGC laboratory who, as the ruling states, conducted two reviews of the evidence provided.

“Given the facts of this case, in particular that second review by LGC which concluded that there was a high chance that ingestion of a botanical substance was the source, the proportionate way to proceed for all parties was to resolve this matter using the fast-track procedure.

“This approach was reviewed and approved by the judicial panel chair, who was provided with extensive evidence on the matter, detailing the entirety of the background to the case and the various reasons why the BHA deemed this approach suitable given the particular circumstances of this case.”

Coltrane has since gone on to be one of Balding’s stable stars.

He was turned over at short odds by Quickthorn in the Lonsdale Cup at York last month but returned to beat superstar stayer Trueshan by a neck in the Doncaster Cup earlier this month.

In this article:andrewbalding, twoyears, winning