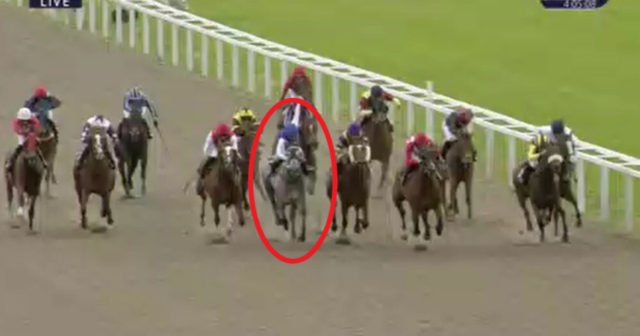 A JOCKEY who got ‘anxious’ has been banned for 30 days after repeatedly breaking the same rule.

Danny Brock breached whip guidelines on one in every seven rides in the first half of this year.

This latest punishment means the jockey has been banned for more days [38] than he has had rides [35] in 2021.

Brock, 28, was banned at a ‘totting-up’ hearing in front of a disciplinary panel.

The rider used the whip ten times – three above the limit in Flat races – when winning on 7-1 Solomons Judgement at Chelmsford on July 4.

That was the fifth time he had broken the same rule in just 35 races – ‘one of the highest ratios ever seen’ according to the British Horseracing Authority.

Rory Mac Niece, who was acting on behalf of Brock at the hearing, suggested the repeated breaches were down to anxiety.

He said: “He [Brock] thinks he tends to become anxious in circumstances where he wants to get the best out of his limited opportunities.

“He entirely accepts the whip rules, he supports them and thinks they are there for a good reason.

“This is not a rider who is making submissions that the rules are incorrect or should be applied differently to him.

“He is a rider with limited opportunities who is anxious to do his best.”

A third of his suspension is deferred for two months and will be triggered if he offends again.

As part of his ban he will also be required to have further training at the British Racing School in Newmarket.

Brock has been ordered to undergo training as part of his latest ban
Advertisement. Scroll to continue reading.

Brock previously said he was being treated like a ‘murderer’ over a 2019 ban regarding his use of the whip.

On that occasion the jockey marked a horse with a whip modified with elastic bands.

He maintained it was an innocent mistake and was banned for seven days.