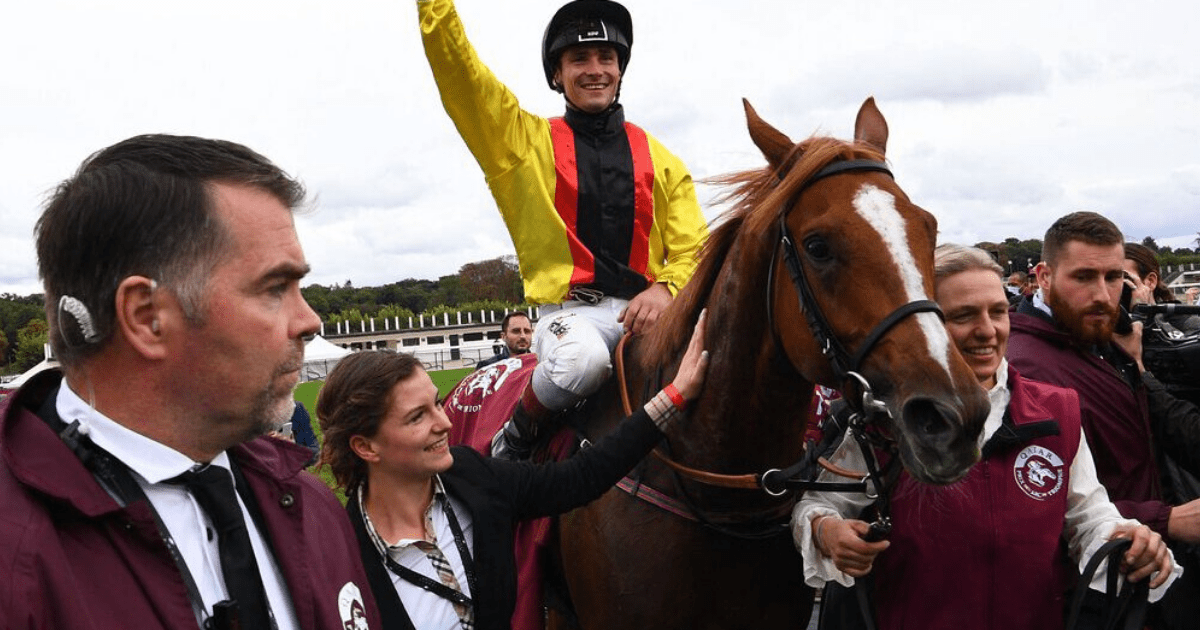 TEMPLEGATE takes on Sunday’s blockbuster Arc de Triomphe confident of finding the winner – and maybe even the second and third home too!

Our top tipster has gone through the card after today’s runners, riders and draw were all confirmed.

Will Torquator Tasso make it two from two in the Arc after his shock 80-1 win last year?

Here, he goes through who he fancies to fill the tricast.

And below that, we take a look at why 2022 could finally be the year Frankel – yes, you read that right – wins Europe’s biggest race.

I’ve already picked out ALPINISTA as the likely winner.

It’s not easy for a five-year-old to win the Arc but this Sir Mark Prescott-trained sensation is no ordinary five-year-old.

She only came into her own last season when landing three Group 1s on the spin before doing a double at that level this season.

This is an Arc big on quantity but low on quality and she can score for Sir Mark and billionaire owner Kirsten Rausing.

VADENI was doing his best work at the finish when third in the Irish Champion Stakes at Leopardstown earlier this month and he looks capable of better over this trip.

TORQUATOR TASSO won this last year on soft ground and should get those conditions again.

He went close in Germany last time and can hit the places again.

Will Frankel finally win the Arc?

OK, we know the greatest racehorse ever retired in 2012 without ever actually running in the Paris showpiece, but the way racing is recorded means he could still go down as having ‘won’ it.

The reason being a lot of the sport – and especially value at stud – comes down to how well your sons and daughters do.

Frankel’s progeny have been lighting up racing the world over since he started standing at £200,000 a go.

This year he has four of his offspring in the race.

One of those is almost certain to go close – and possibly provide Frankel with a victory (of sorts) in the big race.