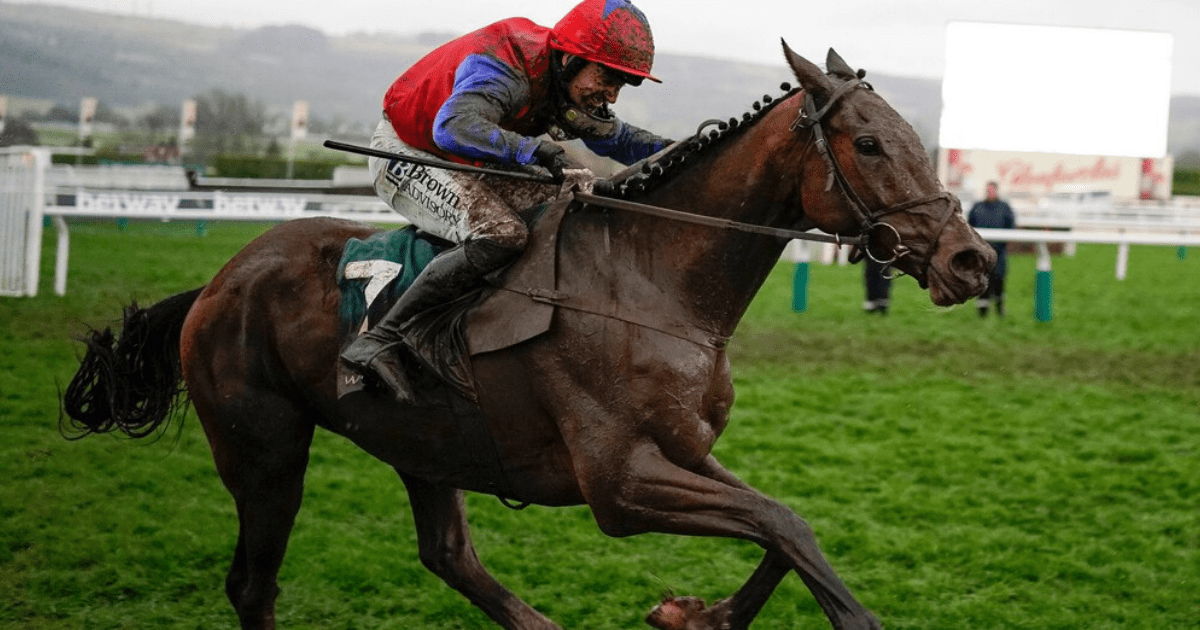 Already this season we have season 2022 Gold Cup hero A Plus Tard – who many fancied to do the double – flop in the Betfair Chase.

Will anything beat Facile Vega in the Supreme at the Festival?

That horror show at Haydock saw his odds go from around 3-1 for a repeat to a distant 12-1.

Many thought Cheveley Park Stud’s other stable star Allaho was a dead cert for a third straight Ryanair.

That was until Willie Mullins threw his whole season into doubt when announcing he had suffered a setback and would miss the King George.

Then there was The Nice Guy, favourite for the the Brown Advisory Novices’ Chase until suffering a season-ending injury.

All of a sudden, doubles, trebles and potentially life-changing accas went down the toilet.

But five horses have – so far! – stayed strong at the head of the markets.

Here, Sun Racing looks at them one by one and assesses their chances of success in just over four months’ time.

We saw a monster last year in Constitution Hill. Could we see another in Facile Vega?

Unbeaten in four runs and out of the legendary six-time Festival winner Quevega, the stars look aligned for this Willie Mullins sensation.

Nothing can as yet touch him in the markets and many see him as a banker for the opening race of the week.

At the time of writing, Nicky Henderson’s stable star was yet to make his seasonal reappearance.

But that hasn’t stopped punters backing him in the ante-post markets.

He thrashed Jonbon in the Supreme in 2022 – the last time he was seen on a racecourse – and recorded a faster time than Honeysuckle did in winning the Champion Hurdle.

The pair look like locking horns in an all-time classic come March.

But it’s clear, for now, punters think there will only be one winner.

He prevailed in a head-bobber on his comeback last weekend, but don’t let that put you off.

Delta Work’s season appears – at the moment at least – to be all about one race.

Gordon Elliott’s charge saw off Tiger Roll in a thriller last year, denying the old legend a fairytale send off.

And even this far out you can safely assume, barring injury or a suprise change of heart from owners Gigginstown, that he will contend this race.

The same can’t really be said for those next to him in the betting.

Much like Delta Work, Flooring Porter’s entire season appears to be all about one race.

And, given the amazing scenes we witnessed in March, who can blame ’em?

Flooring Porter became a dual Stayers’ Hurdle hero with his from-the-front win in 2022.

Ridden perfectly by Danny Mullins, he caused pandemonium in the winners’ enclosure.

Already a two-time Cheltenham winner – though not at the Festival – the shrewdest of trainers might just be lining him up for a tilt at Flooring Porter’s crown.

Don’t let her name put you off, Brandy Love is here for a long time, not a good time.

She didn’t run in this race last year after the heavens opened and the going went bog-like.

But Paul Townend had picked her out as his horse of the season, and she justified the hype with an eight-length romp over Love Envoi at Fairyhouse last April.

She jumps a bit to her left, which is OK at Cheltenham, and has a serious engine.

Should everything go to plan and she lines up next March, Brandy Love, who has a 1-2-1 record over hurdles will take all the beating.

Advertisement. Scroll to continue reading.
In this article:cheltenhamfestival, fivestars, rocksolid