As best in the world Mishriff hunts Coral Eclipse glory, we look at some of the legendary wins down the years
Advertisement 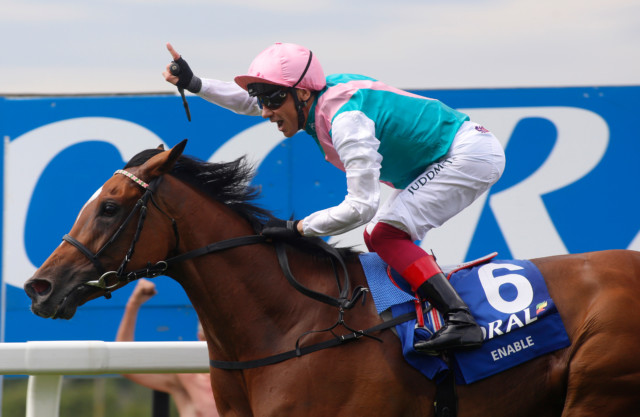 BOFFINS rate Mishriff the best turf horse in the world.

And if he triumphs in Saturday’s Coral Eclipse at Sandown, then he could go down in the history books as one of the most famous winners of the stellar Group 1.

Trained by John and Thady Gosden, a stable that has come out on top in the race four times, Mishriff has conquered most of the world already.

Wins in Dubai, France and Saudi Arabia have made him a household name and now connections hope he can land a big one on home turf.

Enable might not have been at her dazzling best, but she was still in a league of her own when becoming the first mare to win the race in 27 years.

Battling to her eighth Group 1, she fought off the equally tough Magical up the Sandown hill.

Having missed intended runs at Epsom and Ascot with a setback, Gosden always warned punters she was only 85% ready. That was still good enough.

Built up as one of the clashes of the season, Sea The Stars lived up to the billing with another breathtaking win.

The Curragh’s loss was Sandown’s gain as Jim Oxx skipped the Irish Derby due to the ground.

And he was rewarded with his third Group 1 following the Guineas and Derby at Epsom. Sea The Stars saw off the brilliant Rip Van Winkle, with Classic winners five and ten lengths back. His win was the second fastest ever on the clock. A true great. 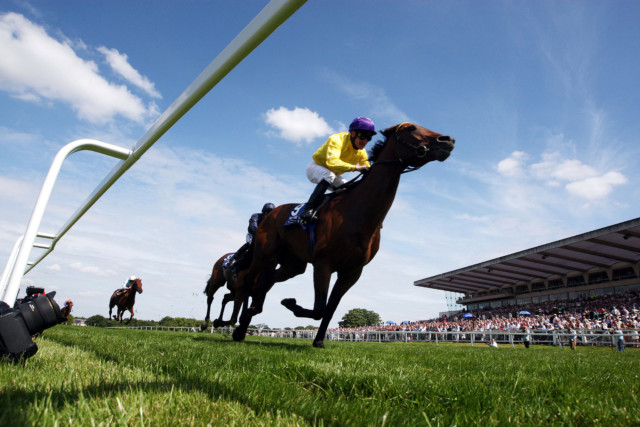 Sea The Stars and Mick Kinane formed a brilliant partnership

They don’t get any tougher than Giant’s Causeway.

Stepping up in trip and taking on his elders for the first time, Aidan O’Brien’s tough as old boots colt was never going to be denied by the talented Kalanisi.

Giant’s Causeway would go on to win five Group 1s that summer, all by less than a length, including a rematch with Kalanisi in the Juddmonte International.

Not many achieve an Eclipse double but his first in 1995 was truly a historic moment as he was the first horse to carry the Godolphin colours home in a British Group 1.

Walter Swinburn labelled him ‘the complete racehorse’ and he’d go on to win the Juddmonte International in both seasons too.

Dick Hern labelled his super-horse ‘the best he ever-trained’ and for good reason.

To this day he remains the only horse to win the 2000 Guineas, The Derby, Coral Eclipse and King George in a season.

His career may have petered out to an extent, but as his best at three he saw off all challengers at different trips.

Warning and Indian Skimmer were amongst the opponents in the Eclipse, but punters were so fond of Nashwan he was still sent off the 2-5 favourite and duly obliged in style.

Did you miss our previous article…
https://www.sportingexcitement.com/horse-racing/jockey-ben-curtis-to-postpone-shoulder-operation-until-winter-to-fight-for-jockeys-title-and-aims-to-be-back-soon