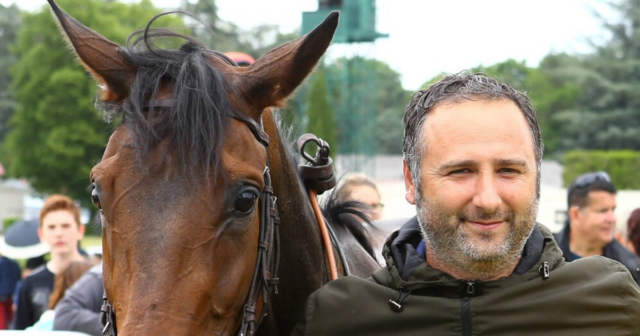 AN ASCOT-WINNING trainer was one of three top stars arrested during a probe into alleged racehorse doping, according to reports.

Charley Rossi – along with uncle Frederic and brother Cedric Rossi – were targeted in a four-hour raid, say Le Parisien.

Cedric has enjoyed a stellar season on the track thanks to his stable star Sealiway.

The three-year-old colt finished fifth in the Arc de Triomphe before landing £714,500 for winning the Qipco Champion Stakes at 12-1 at Ascot last October.

His combined earnings for the two premier races was a whopping £842,178.

French online racing website Jour de Galop reported that around ten cops swooped on the stables of Charley in Calas, near Marseille.

Items were reportedly seized and horses tested, while samples were taken from runners trained by Frederic and Cedric.

The raid was said to have been carried out by the Service Central des Courses et Jeux, who specialise in alleged gambling and racing crimes.

Reports claimed 15 people in all were taken away by police.

It was also claimed the raid came as part of a probe brought about by information obtained by the Marseille judicial police.

France Galop, who run racing over the Channel, released a statement on Tuesday.

The statement read: “France Galop is responsible for ensuring the regularity of racing and, in this context, it cooperates closely and on an ongoing basis with the Central Racing and Gaming Department of the French National Police.

CLAIMS OF DOPING AND CHEATING

“The fight against doping is an absolute priority for the racing industry, which devotes an annual budget of €10million (£8.5m) to it.

“The horse racing industry carries out nearly 30,000 anti-doping tests per year, many of them unannounced, in races, but also on horses in training, horses that come out of training and at stud farms.”

Deputy prosecutor at the Aix-en-Provence prosecutor’s office, Olivier Poulet, has been quoted as saying: “The two offences are organised cheating (for rigged horse races) and the administration of doping substances to horses participating in races.

“For this type of offence, police custody can last four days. The presentation before the judge of those in police custody is scheduled for next Thursday.”

Did you miss our previous article…
https://www.sportingexcitement.com/horse-racing/jockey-dies-aged-26-just-six-months-after-being-diagnosed-with-aggressive-cancer

In this article:Ascot, Horse Racing