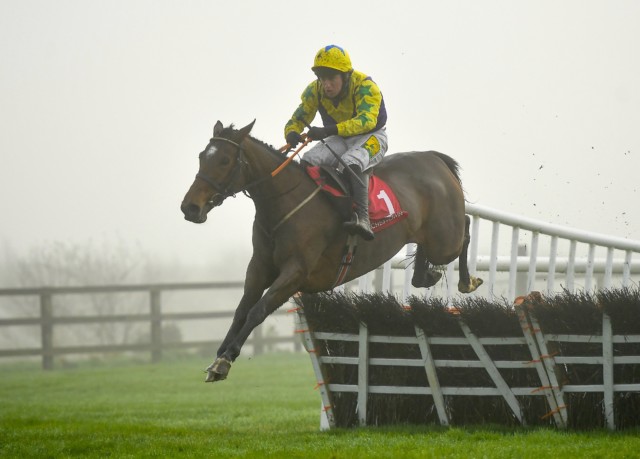 SKYACE can lay claim to being one of the best bargain buys ever – even if hardly anyone could see her win her latest race.

The racehorse’s new owners set aside £10,000 to buy her, ended up getting a steal at just £600 after no one else bid and have since watched her romp home to land them just shy of £50,000 since June.

The Sky's the limit

Bought for £600, Skyace is now a Grade Three & Listed winner with a facile success amidst the fog in the Voler La Vedette Mares Novice Hurdle under @jody_mcgarvey for John 'Shark' Hanlon at @punchestownrace pic.twitter.com/w1ciCooBkr

Now the six-year-old hurdler has Cheltenham Festival in her sights and a seemingly impossible rise to absolute superstardom.

Incredibly, the rags to riches tale does not start in some down-and-out yard with a trainer unable to find a winner.

Skyace was under the guidance of legendary Irish trainer Willie Mullins.

The same man who struggled to fit all of his trophies into the boot of his car after dominating the festive meetings at Leopardstown and Limerick.

Rare are the horses Mullins, 64, Cheltenham Festival’s most successful ever trainer, cannot turn into a champion.

But the decision was taken last summer by Skyace’s old owners, Graiglore Limited, to cut ties.

How they must regret that now.

Since running for new trainer John ‘Shark’ Hanlon, she has won four of eight races and picked up £45,558 in prize money.

At Down Royal in October she won at 66-1. At Punchestown in December she emerged from the thick fog to triumph at 28-1.

Odds, like ages, are just a number it would seem.

Cathal McHugh’s Birdinthehand syndicate were the group with the golden touch that saw the potential in Skyace.

But even they had no idea how awesome the horse would become.

McHugh, 32, who works as a business teacher in Abu Dhabi, told Horse Racing Ireland: “I rang Shark [Hanlon’s nickname], and he said he was going to look at this horse, Skyace, in the sales.

“We hadn’t done much work with her and she surprised us big time by winning her maiden. Things just went on from there.

Ruby Walsh on Skyace, who was sold out of Willie Mullins' yard for £600

"There's not many horses who leave Willie's yard & improve, but she is one them."

“It’s been unbelievable. We didn’t get into it to compete in these type of races – we were hoping for a horse to maybe nab a handicap down the road. When you pay £600 for a horse, you don’t expect to be collecting the prize money we’ve collected this year.”

Now the aim is the Mares’ Novice Hurdle – and a chance to turn a dream into reality.

Hanlon said: “It’s a dream for the boys that own her and I’ve sold a further five new horses to syndicates involving the lads.

“To buy a horse for £600 and go to Cheltenham with a chance is a dream, and I think she has a live chance.”

Don’t bet against it.