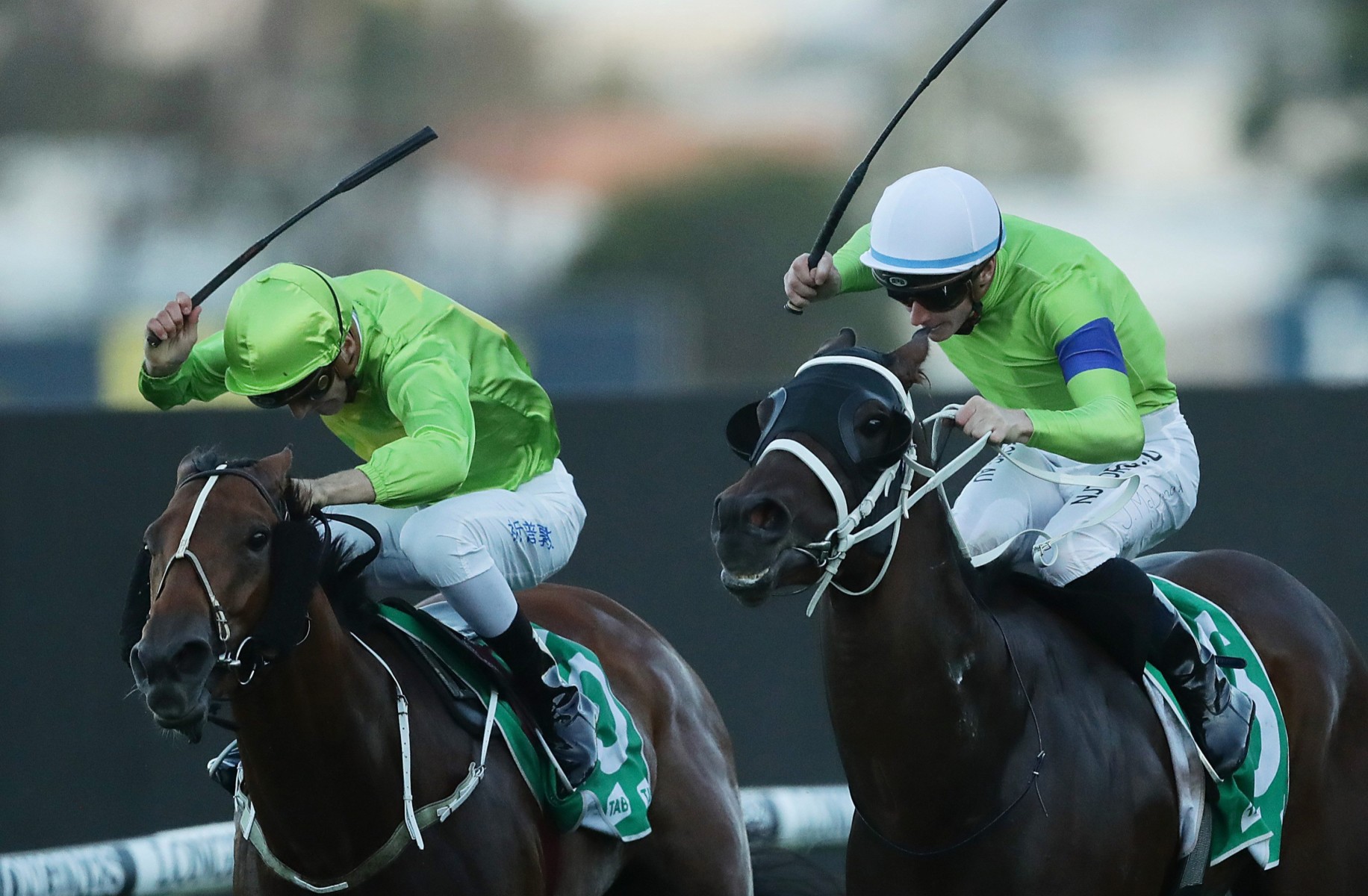 AUSSIE rider Chris McIver has been hit with a seven-month ban for hitting his horse over the head.

The Queensland-based jockey, 33, struck Absolute Bonza after the finish of a race at Mackay on Tuesday.

The horse finished a close fifth in the final race on the card, and on pulling up he was viewed hitting his mount over the head with his whip.

Racing Queensland stewards charged him with improper conduct after the race, to which he pleaded guilty.

Officials came down hard on McIver as he served a suspension for a similar offence in September last year.

McIver’s previously penalty had a month suspended provided he did not commit a similar offence.

Australian jockey banned for seven months for hitting his horse

Get the full story

The stewards’ report read: “When considering an appropriate penalty, stewards view breaches of this kind very seriously, as it can have a detrimental effect on the image of racing.

“Penalties must serve as a general deterrent to illustrate to the entire racing industry that these activities cannot be condoned.

“Stewards also took into account previous penalties for breaches of this rule and the fact that jockey McIver had a recent breach under this rule in August 2019.”

He will not be able to resume riding until November.