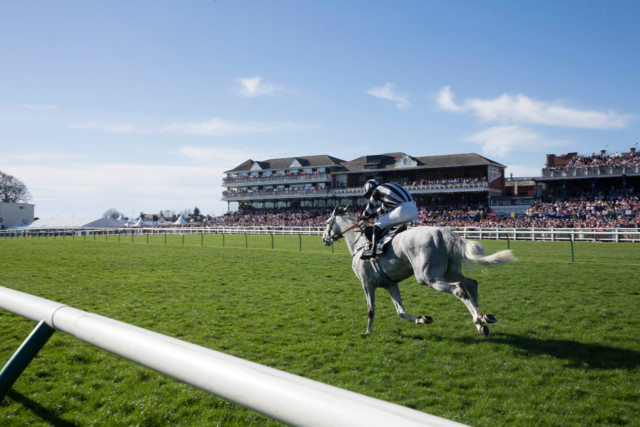 RACING at Ayr has been abandoned at the last minute due to parts of the track remaining frozen.

The cold temperatures have not risen sufficiently and today’s meet has been cancelled following a late 11.30am inspection.

Racing at Ayr has been abandoned

It was hoped temperatures would reach 1C, just about enough to thaw out the track.

But at 10.30am it was still -2C and the frost did not budge in time for racing to take place.

Clerk of the course Graeme Anderson tweeted saying the covers were coming off the course, ‘giving it every chance’ of holding the meet.

But the racing – which was to be shown live on ITV4 – was officially cancelled just 25 minutes before the first contest.

Ayr becomes the latest in a long line of festive racing to be dramatically scratched.

Cheltenham’s massive New Year’s Day meet was abandoned due to a waterlogged track.

The weather has caused havoc with racing in recent weeks.

Haydock’s racing set for today was abandoned on Monday after a thick blanket of snow fell on the Merseyside track.

The Welsh Grand National has been moved to January 9 after the Chepstow course became waterlogged.

And at the start of December, Chelmsford pulled the plug on its meet after one race as heavy fog made it too dangerous – just like at Punchestown the day before.