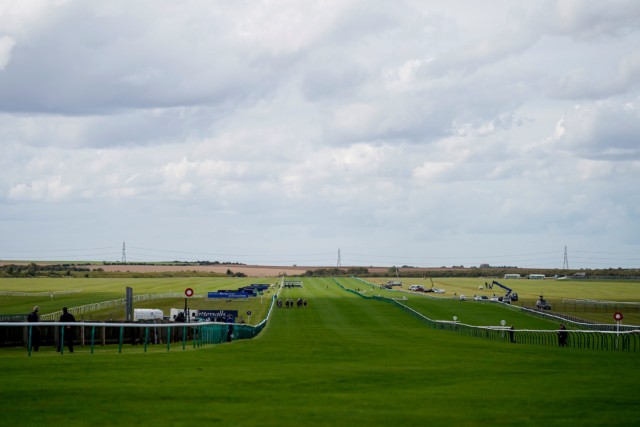 PUNTERS have latched on to a pair of runners in the days big betting race.

Both Bell Rock and Power Of Darkness have halved in price for the Cambridgeshire Handicap at Newmarket.

Trainer Andrew Balding and Champion Jockey Oisin Murphy took Friday’s feature with Kameko and the punters like their chances again.

They team up with Bell Rock who has been supported into as short as 13-2 with Betway, having been 12-1 yesterday and 20-1 antepost.

Power Of Darkness, like Bell Rock, will be hoping the rain stays away and Marcus Tregoning’s horse has shortened into 18-1 with Ladbrokes having been available at 40-1 yesterday.

Both are drawn high – which looks the place to be – and if the forecast rain does stay away then they have plenty in their favour.

Long-time favourite Tempus remains rock-solid at the top of the betting for Roger Charlton. He’s generally an 11-2 shot.

Other popular horses are Roger Fell’s Anythingtoday who has been punted into a general 20-1 from 50s.

In the Group 1 Middle Park Stakes, Jessica Harrington’s Lucky Vega has been solid all morning and is now the 9-4 favourite with Betfair.

Betfair also report money for Umm Kulthum in the other Group 1, the Cheveley Park Stakes. Richard Fahey’s filly is into 6-1 from 8-1.