Best racing bets for 2021: Ultimate guide to New Year action, all the biggest horses plus Cheltenham Festival and more
Advertisement 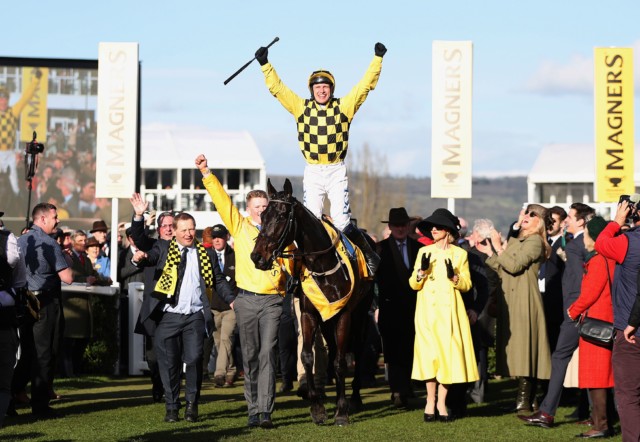 WELL, goodbye 2020. And thanks for nothing. Let’s hope the next 12 months run smoother.

The next few months are as good as it gets in the Jumps game. Cheltenham, Aintree and Punchestown all come quick as a flash. So what do we need to keep a close eye on and who is worth backing?

Al Boum Photo will be going for a third Gold Cup

That said, Kempton’s meeting has taken on new meaning with the Reelkeel Hurdle and the Welsh Grand National has been moved to Ffos Las early in the month.

The Classic Chase takes centre stage at Warwick on the 16th with a number of Grand National hopefuls set to strut their stuff.

The following week the action steps up a notch with a juicy match-up between Defi Du Seuil and Politlogue pencilled in at Ascot in the Clarence House.

Then at the end of the months it’s Trials Day at Cheltenham. The likes of Santini and Champ should be in town as well as other Festival hopefuls like Paisley Park and possibly Thyme Hill.

The following week could then be the last chance for a number of big guns to get their last race in before the Cheltenham Festival.

Altior, Lostintranslation, Native River and Shishkin could all be on show across Betfair Hurdle weekend at Newbury.

Ascot is back in the big time the following weekend with Cyrname a major possible for a run in the Ascot Chase. King George second Waiting Patiently might well join the fun.

The month ends at Kempton where any Triumph Hurdle hopefuls have one more chance in the Adonis.

March is about one thing. The Cheltenham Festival.

Will Altior and Epatante recover from their Kempton disappointments for Nicky Henderson?

Willie Mullins and Gordon Elliott will (fingers-crossed) bring their usual battalions over.

If the thought of Envoi Allen, Monkfish, Appreciate It, Chacun Pour Soi and plenty more gracing Prestbury Park doesn’t get you jiggy then you’re in the wrong game.

Envoi Allen will be popular with punters at the Cheltenham Festival

Not the most imaginative one to start us off. But the two-time champ will surely be hard to beat if he turns up in shape.

Little has emerged through the ranks to take him on just yet and he looks a bet at current antepost odds.

If he gets to Cheltenham in one-piece he surely goes off shorter than this?

Not many caught the eye as much as this chap over the Festive period. He ran a cracker in the King George before blowing up late.

Once the Harry Whittington stable are back firing in the winners, this horse should improve by the bucket load once more.

He could well take his chance in the Gold Cup, but with little chance to concretely prove he stays that trip between now and then, this looks the obvious race.

He was second to Min in this last year, but could well be a better horse this time round.

Song For Someone – Champion Hurdle 20-1

After Epatante, Saint Roi and Abacadabras were all stuffed over Christmas, this division looks wide-open.

Epatante is still the one they all have to beat, but twice now she has thrown her toys out the pram with connections unable to explain why.

Tom Symonds’ improving and consistent Song For Someone has risen through the ranks this season and still looks under-rated.

They have the option of waiting for Aintree, but he would surely be a big player here if the ground came up soft.