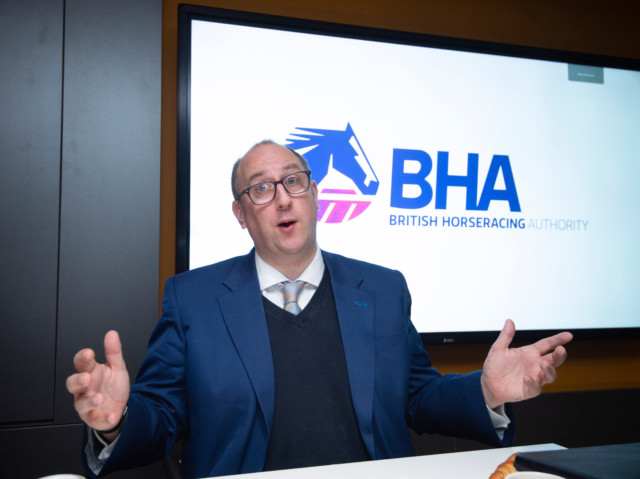 BHA chief Nick Rust reckons racing will never have a better chance to reconnect with the general public than it does now.

Racing will be the first major sport out of the starting gate on Monday after the government announced an easing of restrictions.

There has been widespread negative media coverage around the Cheltenham Festival since the start of the coronavirus lockdown.

But Rust, who himself has received fierce criticism from some trainers in recent weeks, believes that having the sporting stage to itself for the time being provides a valuable window of opportunity for racing.

He said: “Cheltenham was an issue about the general government advice and medical advice at the time. We have followed government guidelines throughout, but I accept there is still an examination by the public of the Cheltenham situation.

“But we can assure people we are returning safely and responsibly, and we have got an opportunity as a sport over the next few weeks to show what we are all about, not just how we manage protocols but how colourful and how exciting our sport is.

“We are going to have coverage that we probably haven’t seen for 40 or 50 years in comparison to other sports over the next few weeks.

“So that is a great opportunity to reconnect with the public. Racing in Britain has done well in recent years despite changing attitudes in the general public.

“This is a chance to really showcase the sport and to help us push forwards towards the recovery the industry needs.”

However, Rust conceded that racing faces a challenging period ahead, with the shutdown estimated to have already cost the industry £55 million.

He said: “We are all very passionate about racing, like the participants and fans, we have all missed it.

“The whole senior leadership of the sport has worked very closely together on this and given our structure we have reached a major milestone. There have been some difficult decisions to make along the way but we have stuck close together.

“This is only the start of the beginning, we will have to work very hard as a sport to battle our way through the next 6-12 months as our revenue streams are reduced compared to the model we were operating on before the coronavirus.

“I think the leadership of our sport is more united than ever. There have obviously been tensions and a lot of pressure across our sport, but we have stuck with a unity of purpose and we are very proud that we are the first major professional sport that is back on the first possible day that we could have been back in line with the government guidelines.”

“The layers of protection we have put in place, starting with a rigorous screening process for all attending, means this will be one of the most controlled environments in which people are returning to work on Monday.

“A lot of industries will be returning to work on Monday and later this month, but we believe we are in one of the most controlled environments anywhere.

“Racecourses have had very little income during this period, but they have done brilliantly in focusing on the return and adapting their environments.”